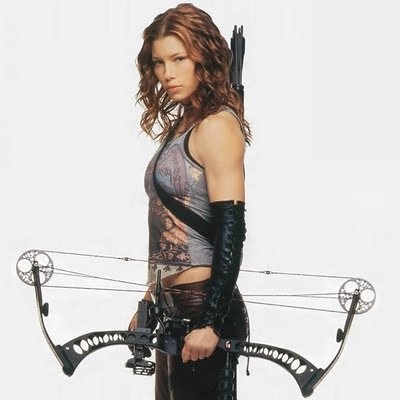 Jessica Biel is ready to bring some summer thrills to the small screen.

We’re less than one week away until the actress appears in USA’s The Sinner. And while fans may know the Hollywood star from her roles in 7th Heaven, New Year’s Eve and other projects, this one is more than a little different.

In the eight-episode series, Jessica plays a young mom who is overcome with an inexplicable fit of rage. What comes next is a startling act of violence that leaves many people asking one big question: Why did she do it?

Before the psychological thriller premieres, we decided to take a look back at some of Jessica’s biggest roles to date.

Whether lending her voice to an animated episode or adding star-power to one of Garry Marshall‘s many movies, Jessica knows how to leave her mark or any job she takes.

Mark your calendars! Jessica stars in the limited series The Sinner premiering Wednesday, August 2 at 10 p.m. on USA.

(E! and USA are part of the NBCUniversal family)