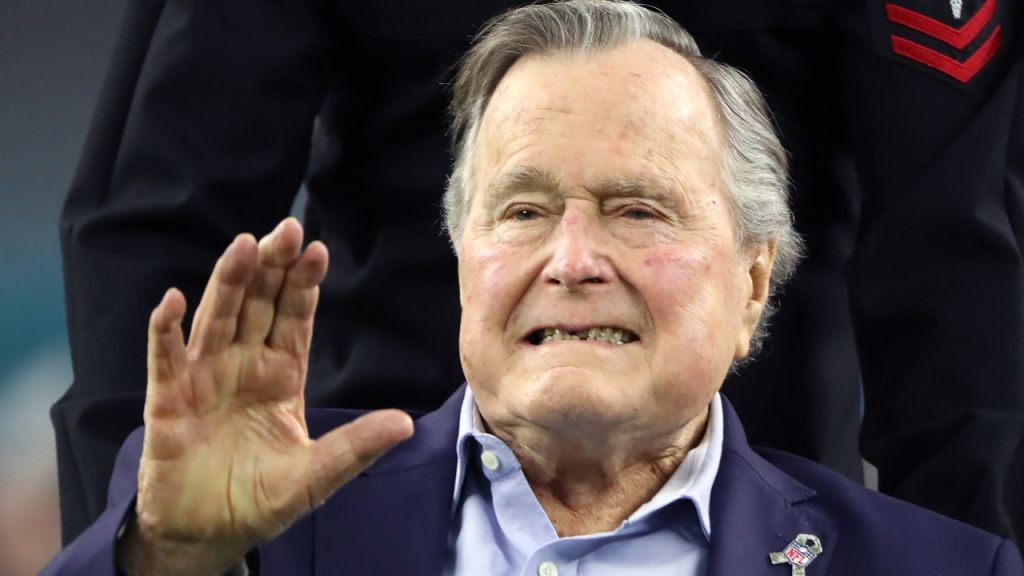 Former President George H.W. Bush was hospitalized on Sunday — one day after the funeral for his wife, former first lady Barbara Bush — after an infection he contracted spread to his blood, his spokesman said Monday.

“President Bush was admitted to Houston Methodist Hospital yesterday morning after contracting an infection that spread to his blood,” spokesman Jim McGrath said in a statement. “He is responding to treatments and appears to be recovering. We will issue additional updates as events warrant.”

The former first lady died on April 17 at the age of 92, shortly after her family announced she was in failing health and would decline further medical treatment in favor of “comfort care.” There were no details of her specific health problems.

George H.W. Bush, 93, reportedly was “broken-hearted” over the loss of his “beloved Barbara” and was said to have held her hand all day. He was “at her side” when she died, his chief of staff said.

The former president was hospitalized last April for two weeks due to a “mild case of pneumonia.” Earlier in 2017 he was hospitalized for 16 days, also to be treated for pneumonia. He was temporarily placed on a ventilator and was treated in the intensive care unit. His wife also was in the hospital around the same time to treat a case of bronchitis.

He also requiered medical care in 2015 in Maine after falling at home and breaking a bone in his neck, and in December 2014 for about a week for shortness of breath. He spent Christmas 2012 in intensive care for a bronchitis-related cough and other issues.

The 41st president uses a wheelchair and an electric scooter for mobility after developing a form of Parkinson’s disease, and he has required hospital treatment multiple times in recent years for breathing problems.

Bush served as president from 1989 to 1993 and as vice president under Ronald Reagan from 1981 to 1989. He also served as a congressman and as director of the CIA.