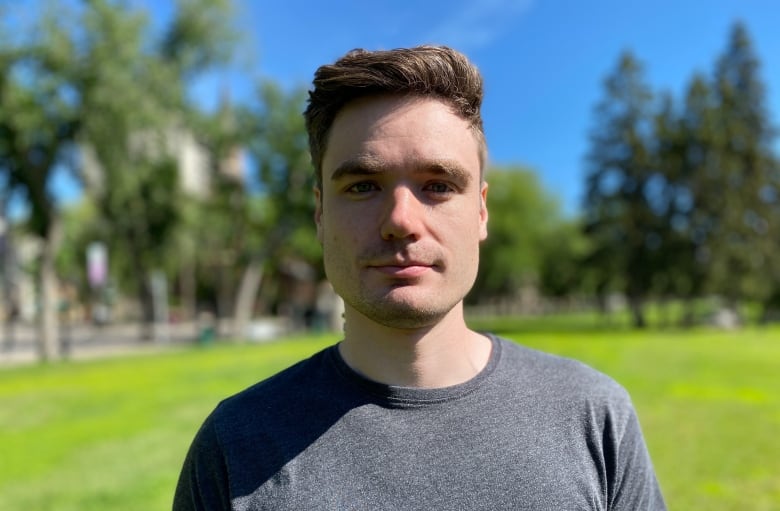 Former students of a Saskatoon private Christian academy say school and church officials pressured them into working on political campaigns to increase their power and advance their conservative social agenda.

The politicians allegedly include a former member of Parliament, Saskatoon’s longest-serving mayor, and a sitting Saskatoon city councillor.

Despite the school and adjacent church being registered charities, students say a wide range of partisan political activity was conducted during school hours and during church services.

“People told us we needed to do it, that it was right … it was your duty,” said former student Chris Kotelmach. “I see now that we were coerced.”

One longtime critic said this political activity is a symptom of the leadership’s quest to impose their social conservative views on others by any means necessary.

“This is not Christian. This is sinister. It’s sickening. Coercing students to do this is wrong,” said University of Regina professor emerita Ailsa Watkinson, who was involved in a 2004 Supreme Court case challenging the use of corporal punishment on children.

“I suppose we shouldn’t be surprised after what we heard about all of the physical and spiritual abuse. This fits right in with students who say this was a cult,” Watkinson said.

Kotelmach, who was named the top student at the school for his academic and “spiritual excellence,” said he remembers standing on street corners in Saskatoon, waving signs that helped Don Atchison win the first of four mayoral elections in 2003.

Students said Atchison, not a member of their church, would be seated in the front row whenever he’d attend their services. The pastor would tell everyone that they needed to vote for him.

“[Atchison] was someone the pastor felt was going to help us promote the Christian agenda,” said former student Christina Hutchinson, who remembers being told campaigning was “mandatory” for students.

Kotelmach said students were also required to buy dress clothes from Atchison’s high-end retail store. He and his brother each had to buy two pairs of pants per year from there. Kotelmach provided CBC News with a receipt for $316.12 from one year’s purchase.

CBC News has reached out to Atchison for comment and has not received a reply.

Kotelmach’s brother, Sean, said teachers and church staff were constantly telling the kids that conservatives were good and “anything liberal was evil.”

The Kotelmachs said — even though civic politicians don’t control abortion policy or other social issues — being close to political power at all levels was a central goal of the church and school leaders.

Looking back, the family says that Sean was frequently paddled and disciplined in part because of his refusal to participate in the political campaigns, while Chris — a tireless political volunteer — received awards and other praise.

“We all thought we had to do it or the world would end,” Chris said.

‘It was inappropriate’: Saskatoon city councillor

Caitlin Erickson, who attended CCA from 1992 to 2004, also recalls being involved in at least two of Maurice Vellacott’s federal campaigns when he ran for Parliament in the riding of Saskatoon–Wanuskewin.

Erickson remembers being pulled out of school with her classmates at age 11 to drop off Reform Party flyers in mailboxes in 1997.

Two years later, at the age of 13, half of the class would take turns heading down to Vellacott’s campaign office to stuff envelopes with his Canadian Alliance pamphlets, she said.

Other students recall being forced to sing a campaign song, replacing the lyrics of Feliz Navidad with “Mau-rice Vell-a-cott.”

As Erickson grew older, flyer drop-offs and envelope stuffing turned to attending protests, such as those in the lead-up to the Saskatchewan judicial system’s approval of same-sex marriages in 2004.

“It’s still something that crushes me to this day,” Erickson said, noting she sees herself now as an ally to the LGBTQ+ community.

“It’s so heartbreaking to know that I was put in that position as a minor.”

In an interview with CBC News, Vellacott confirmed that many students in Saskatoon, including those at CCA, assisted on his various campaigns. But he said there was no indication they were coerced.

“It was an early dose of learning,” Vellacott said. “It was a good education for them as well.”

Vellacott remembers how CCA students would cold-call people to chat about his political platforms or would help by “burmashaving” — holding political signs and waving to traffic on the side of the road — in support of his campaign.

“To me, it was quite invigorating, exhilarating because there were so many young people involved,” he said.

Vellacott said he doesn’t recall any students being pulled out of class to help. If it did happen, he said, “I wouldn’t have been the one to initiate that.”

But another politician who received help admits it was wrong.

Randy Donauer is a current Saskatoon city councillor and also a longtime member of Mile Two Church. He confirmed that he was endorsed by the pastor in his 2010 bid for Saskatoon city council, but did not use church resources for the campaign. However, Donauer admitted he helped organize campaigns for other politicians.

“Yes, students were recruited, even during school hours, to deliver campaign material.  Yes, [the pastor] gave political endorsements during church services,” he said in an emailed statement to CBC News.

“It was inappropriate … A church should not take partisan political stands. That is not the purpose of a church.”

Donauer said the formal political activity stopped “several years ago” and he did not receive any assistance of this kind for his unsuccessful bid as a Conservative vying for a federal seat in 2015 or his subsequent city council victories.

He said things are better now and the church is a welcoming place for everyone of all political views.

Jim Farney, the director and an associate professor at the Johnson Shoyama Graduate School of Public Policy, said there are “no black and white regulations” in Saskatchewan’s independent school legislation around political involvement.

However, Farney points to the federal Income Tax Act, which bans charities — such as many independent schools — from directly or indirectly supporting or opposing a political party or candidate by using its resources (including office supplies and volunteers). Doing that could lead to an audit, according to the Canada Revenue Agency’s guidance document, which was updated in January 2019 and replaced previous legislation that came into effect in September 2003.

“There’s a massive difference between doing civics [assignments] and doing model Parliament and all of that stuff — which is clearly educational — and saying, ‘Hey kids, you get Friday afternoon off if you go door-knocking for person X!’ That is a really important distinction,” he explained.

“You could talk about whether that crosses the charity line — and I think it does — but it certainly crosses the line of just the spirit of what a school is about.”