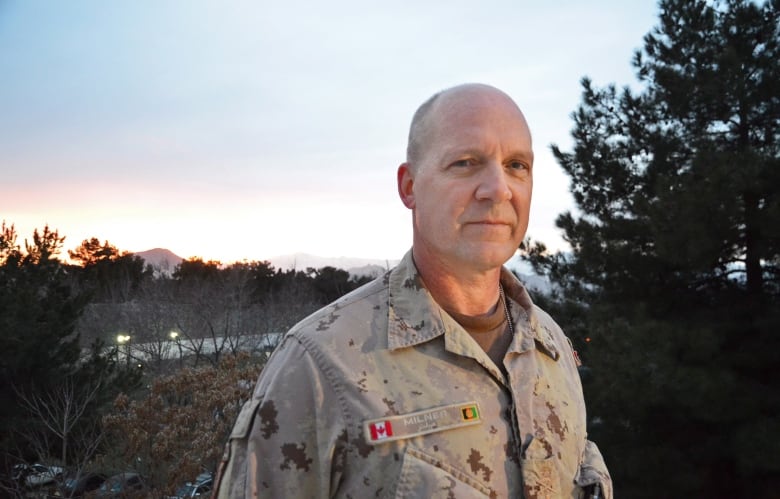 Three distinguished, former task force commanders from Canada’s war in Afghanistan have written an urgent appeal to the immigration minister to restart a resettlement program for local interpreters who worked alongside soldiers and diplomats.

Retired major-generals Denis Thompson, Dean Milner and Dave Fraser penned an open letter in which they warned as many as 115 former translators and their families, still in the war-ravaged country, are in danger following significant gains by the Taliban.

“If and when they are found they will likely be imprisoned or worse, for their service in support of our mission,” said the letter, released late Thursday, a copy of which was obtained by CBC News.

“Many Canadian veterans are in contact with the Afghans who served alongside them and their stories are harrowing. These people are considered ‘comrades-in-arms’ and their plight is affecting these veterans — as it should all Canadians.”

The letter was sent to Immigration Minister Marco Mendicino and comes just days after a key district in the Afghan province of Kandahar, where Canadians did most of their fighting, fell to the Taliban.

All three generals served as commanders of the Canadian ground campaign at various points between 2006 and 2011 — the year in which the then-Conservative government withdrew combat forces and concentrated the military effort on training Afghan troops and police.

The generals noted that under a previous resettlement program which ran from 2009 to 2011, 780 Afghan translators and their families were brought to Canada.

That program, however, had restrictive criteria, which meant two-thirds of the Afghans who applied for refuge were turned away, according to figures compiled by The Canadian Press at the time the initiative was closed out.

The applicants were required to demonstrate they faced extraordinary risk as a result of their work with Canadians. Being a local “terp” — as they were called — was, without question, a dangerous job. They face threatening phone calls and letters promising to visit death and disfigurement on their families. There were stories of abductions, even hangings.

To qualify under the old programs, the advisers had to demonstrate they worked for Canadian troops, diplomats or contractors for 12 consecutive months between October 2007 and July 2011. That excluded a wide range of interpreters. Canada first deployed special forces troops to Afghanistan in the fall of 2001; followed it up with a battle group in 2002; and then a mission in Kabul before returning to Kandahar in 2006.

President Joe Biden on Thursday said the U.S. military mission in Afghanistan will conclude on Aug. 31, saying ‘speed is safety’ as the United States seeks to end the nearly 20-year war, amid a troubling resurgence of the Taliban in the country. 2:00

The Taliban have made significant gains since the U.S. and NATO withdrew the bulk of their forces over the last month, including the emptying of the major American base at Bagram, outside of Kabul.

In an interview with CBC News, Milner said the situation is dire for those who served with Western forces, including Canada.

“The Afghans are fighting, but it just does not seem like the government has an answer for beating the Taliban,” said Milner, who was the last task force commander in 2011 before going on to lead the Canadian component of the military training mission in Kabul.

“The Taliban has money. It has the fear factor and they are convincing Afghans to join them. And right now, they have momentum.”

Milner says he’s convinced the Afghan army will be able to hold back insurgents in some, but not all areas of the country and that’s why restarting the resettlement program must become an urgent priority for the Liberal government.

“All the other NATO countries are doing this,” said Milner. “The Americans are doing it. The Australians are doing it and they are being successful bringing interpreters out. I know this for a fact. I think Canada needs to step up to the plate and do the same.”

The Liberal government demonstrated both compassion and how swiftly it could move in the resettlement of Syrian refugees and later White Helmet volunteers, he added.

“I don’t think we can wait much longer.” Milner said.

The appeal from the former generals follows a similar plea from other Canadian veterans who went public last weekend with their concerns.