For every dollar donated to CNIB’s ‘urgent’ guide dog campaign, it spends 52 cents on fundraising 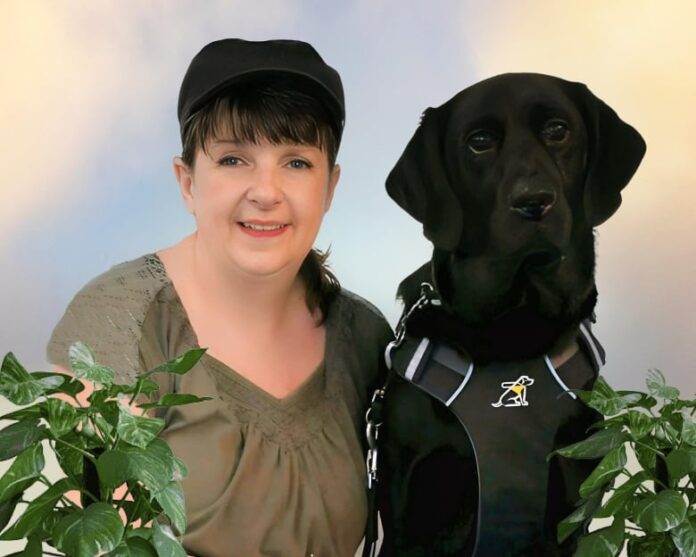 Jodi Laycock wasn’t looking for a pet or companion. The 53-year-old legally blind woman wanted a guide dog — often called a seeing-eye dog — because she was tired of all the bruises, cuts and broken bones from her walks alone.

“It’s so easy to get injured when you can’t see what you’re doing,” said Laycock, who broke bones in her leg, knee and foot in three separate falls near her home in Luseland, Sask., 225 kilometres west of Saskatoon. “You’re constantly getting bruised and banged.”

“It is priceless,” she said.

There is a price tag, however, and the Canadian National Institute for the Blind (CNIB) has been making an “urgent appeal” for donations to its guide dog program for more than two years to solve what it calls a “crisis-level” demand.

Overall, more than half of what CNIB takes in from donations is spent on fundraising costs, and finding out exactly what proportion goes to the puppies is difficult.

The CNIB is the new kid on the block in the guide dog industry, even though the 104-year-old not-for-profit has a long history of providing many different services to blind and partially sighted Canadians. It started with six dogs in 2017 and trained 56 guide dog pairs in its first five years of service. Some additional dogs that weren’t up to the task were turned into buddy dogs.

CNIB invites Canadians to sponsor a “puppy with purpose” so it can rapidly expand its program from 15 guide dogs in the past year to 150 a year going forward. It says it costs $50,000 to support a guide dog from birth until retirement at around age 10.

CNIB says demand for guide dogs in Canada is at “crisis levels”:

Charity Intelligence Canada, a charity watchdog that aims to help Canadians “be informed and give intelligently,” reviewed CNIB’s online financial statements from 2021. The accounting applies to the entire CNIB organization and not just its guide dog program. It found CNIB collected roughly $29.1 million in donations and spent about $15 million on fundraising costs.

That would mean that, for every dollar donated, CNIB spent 52 cents on fundraising and just 46 cents on programming, with the rest on overhead and administration, said Charity Intelligence’s managing director Kate Bahen.

“Only 46 cents goes to the cause.… So you, as a Canadian, have to ask, is that reasonable to you?” asked Bahen, who said CNIB should be more transparent. “Is it reasonable that such a large Canadian charity spends so much, year after year, on fundraising costs?”

CNIB’s chief operating officer Angela Bonfanti said the figures are “accurate,” but don’t allow for detailed reporting of additional ways their large organization invests in helping people. She said the $15 million in fundraising includes “stewarding partnerships” and not just those television ads with furry puppies.

Bonfanti said the “start-up cost” of attracting a donor can be high, but that donors continue to give for an average of eight years at no additional cost to CNIB.

Diane Bergeron, president of CNIB Guide Dogs, told CBC News, “You have to invest money to get money.”

See how other guide dog and service dog organizations stack up to CNIB on fundraising spending:

CNIB’s donations go into a general pool. However, its chief operating officer said there are “internal controls” to make sure sponsor-a-puppy donations — or “brighter gifts” — go to the dogs, and that monthly donations to the guide dog program support the dogs or the person who uses a dog, after paying out fundraising expenses. That support could include equipping people with smartphones, helping to secure employment and job skills, or advocacy against discrimination.

“It’s not just, ‘Here, have a dog and go off and enjoy your life.’ We continue to support in all areas,” said Bergeron.

CNIB said its high-profile advertising campaign was inspired by pandemic-fuelled demand that forced the organization “to quickly shift gears from a slow and steady growth pace to an emergency-level response.”

In the first six months of the pandemic, CNIB Guide Dogs saw a 300 per cent increase in applications — to 210 from 70 — because Canadians were unable to cross the border to train at American guide dog programs. Guide Dogs for the Blind in California told CBC News that it usually trains about 40 clients from Canada a year.

Most guide dog organizations were forced to pause their breeding and in-person training. Pandemic restrictions also hampered the socialization of puppies, lowering their success rate as guide dogs to about 50 per cent.

CNIB was even worse off than others because, unlike most recognized programs in Canada, it doesn’t have its own puppy breeding program. Border closures cut off its puppy supply from an Australian breeder.

Bergeron said CNIB currently has 400 people on its application list.

“Every week we’re receiving new applicants, so our backlog, we’re not going to be able to get out of our backlog for a few years,” said Bergeron, during an interview at CNIB’s training facility just outside Ottawa.

Its $20-million plan to breed and train more puppies includes building a state-of-the-art facility with a “viewing area” where the public can watch the puppies and then visit a gift shop.

Demand for assistance dogs is growing

CBC News spoke with several organizations that have been training guide dogs and service dogs in Canada for decades, and they all reported a steady or growing demand.

Canadian Guide Dogs for the Blind graduates about 25 guide dogs every year, with more than half being replacement dogs for existing clients. The head of the program, Steven Doucette, said demand has remained “stable” for decades.

“Most people who have vision loss don’t quality for a guide dog or don’t want one, so it’s only a small percentage [who apply for a dog],” said Doucette, adding that clients must be mobile and willing to care for a dog.

The Lions Foundation of Canada Dog Guides, the largest program in Canada, has branched into training service dogs for people with other disabilities, including autism, epilepsy and diabetes, and those clients make up most of their demand.

Overall, the organization has 1,100 dogs in service and trains an average of 140 to 160 dog teams a year. About one in five are guide dogs for people with vision loss.

Wait times are difficult to calculate because of the matching process, she said, but often range from 18 to 24 months.

“It takes time to raise and train a dog. It’s not something [where] you can ‘hurry up’ the process,” she said. “There are limited numbers of qualified trainers. It’s not like we can just say, ‘let’s hire 10 more staff and we’ll train dogs and do it faster.'”

It’s been a four-year wait for Saskatoon resident Lesly Humble, 33, who falls frequently because of cerebral palsy.

Humble began searching for a service dog in June 2018 after a fall left her unconscious in the snow and alone in the dead of winter. A neighbour eventually discovered her. Humble learned most organizations weren’t accepting new applicants.

“They were over capacity on their applicants [and] didn’t have enough dogs available, ” said Humble, who was approved by the Lions Foundation in January 2019. She hopes to receive a phone call with news of a “match” soon.

“I don’t mind waiting a little bit longer because I know that they’re going to find a dog that’s right for me rather than just giving me any old dog,” said Humble. “But yeah, it is super frustrating.”

The Lions Foundation is planning to build a $50-million 89,000 square foot state-of-the-art facility, where it could train 200 dogs a year.

CEO Bill Thornton, who has been training guide dogs since since 1977, doesn’t consider it a crisis.

“There have been wait-lists for decades and that, to some degree, is a good thing. You don’t just decide one day to get a service dog and rush out and get one.”