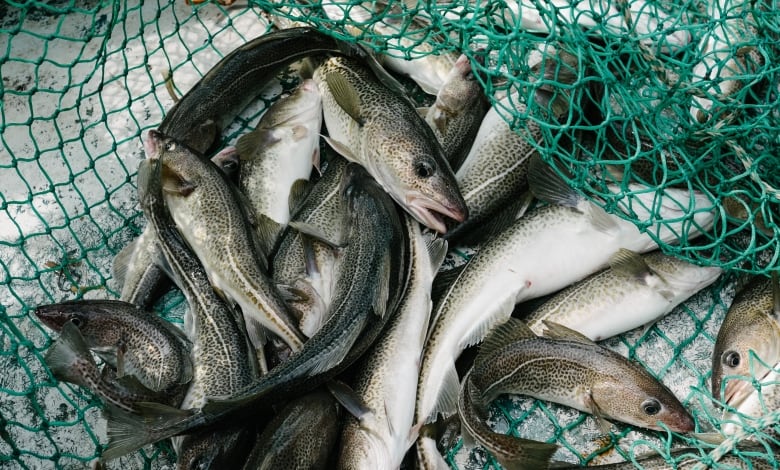 John Williams wishes he could say the cod moratorium of 1992 feels like it was yesterday.

But after losing his livelihood and reinventing himself a few times over, he’s felt every one of the past 30 years.

Williams was one of about 30,000 people put out of work when the federal government brought an end to the northern cod fishery on July 2, 1992. It’s a date that still stirs up feelings from a solemn and desperate chapter in Newfoundland and Labrador’s history.

“It was a pretty sad time to know that you weren’t going to go fishing anymore,” Williams said.

“At the time I had three kids, and they had to be fed, go to school, and be clothed. It was tough.”

It doesn’t help Williams that he’s constantly reminded of his small role in history — being the person who prompted former Fisheries Minister John Crosbie to utter some of his most famous words.

It was July 1, 1992, and Crosbie was holding a Canada Day celebration in Bay Bulls, a small fishing village near St. John’s, where nobody was in a mood to celebrate.

Especially not with Crosbie, when they knew what was coming the next day. Earlier in the week, Crosbie had given harvesters until July 2 to haul their nets out of the water.

Things quickly went sideways, as a large crowd of angry fishermen and plant workers heckled the minister incessantly. Crosbie came down off the stage and confronted the crowd face-to-face. Williams moved closer, yelling his concerns a few feet from Crosbie’s face.

“I didn’t abuse you!” Williams clapped back.

“I didn’t take the fish from the goddamn water, so don’t go abusing me!” Crosbie responded.

Those words became central to the political legacy of John Crosbie. But they also followed John Williams for 30 years — often as a punchline, other times a painful reminder of what he lost.

Williams and the other protesters knew they were doomed. Fish had been getting smaller and harder to find for several years. They were mad, however, at the lack of communication and planning that left fishermen and plant workers in the dark.

Thirty years later, Williams still gets upset talking about the abrupt transition away from cod and the federal government’s paltry relief payments of $225 a week.

“It’s just as well we went picking blueberries,” he said.

After the moratorium, federal programs were formed to retrain workers for other fields and to get them out of the fishery. It worked for some — including Williams, who found a career in offshore oil and gas — but the programs were met with resistance.

The biggest program, the Atlantics Groundfish Strategy (TAGS), ran out of funding in 1997, a year earlier than anticipated. Ottawa expected 26,000 fish harvesters and plant workers to be eligible for the program, and were caught unprepared when 40,000 people applied.

Canada’s auditor general, Denis Desautel, released a scathing report in 1997, saying TAGS failed to help people get out of the fishing industry and only succeeded in creating a dependence on government assistance. Money earmarked for training was instead allotted for income support payments because of the overwhelming number of applicants and their dire financial situations.

“It was desperate,” Clements says today. “Petty Harbour then really almost became a ghost town. No boats coming in and out. Nobody working. It wasn’t a good feeling.”

Clements was lucky to find a job within his skill set. He went to work for Bidgood’s, a family-owned supermarket, and is still filleting fish for a living at almost 80 years of age.

Many fish harvesters switched species, and found good-paying careers fishing snow crab or shrimp. Others weren’t so lucky, and had to go searching for new opportunities.

About 10 per cent of the province’s population left in the first decade after the moratorium.

Trading the past for a future

The moratorium sparked heated debate about resettlement. Communities like Great Harbour Deep, located in an isolated pocket on Newfoundland’s Northern Peninsula, were forced to ask themselves a hard question — does it make sense to keep this town alive anymore?

Work in Great Harbour Deep was hard to come by, and education was bleak. Children had to leave in Grade 10, piling onto the ferry each September to go to school in other places, living away from their parents from the age of 15.

“Anybody that can see a future here, I think is kidding themselves, because I don’t see it here,” said resident Pamela Ropson, in a moratorium anniversary special in 1993.

She had a baby girl on her knee during the interview. She said she was scared for her daughter’s future.

Ropson lost her job at the fish plant, and wasn’t eligible for programs like TAGS. She was facing the devastating decision to go on welfare to feed her family. She was waiting for the province to offer the residents a resettlement package, and she would vote to leave.

That vote came in 2002, when 98 per cent of the 130 residents of Great Harbour Deep agreed to leave their homes behind.

WATCH | Ryan Cooke tracks down three people whose lives were upended on July 2, 1992: 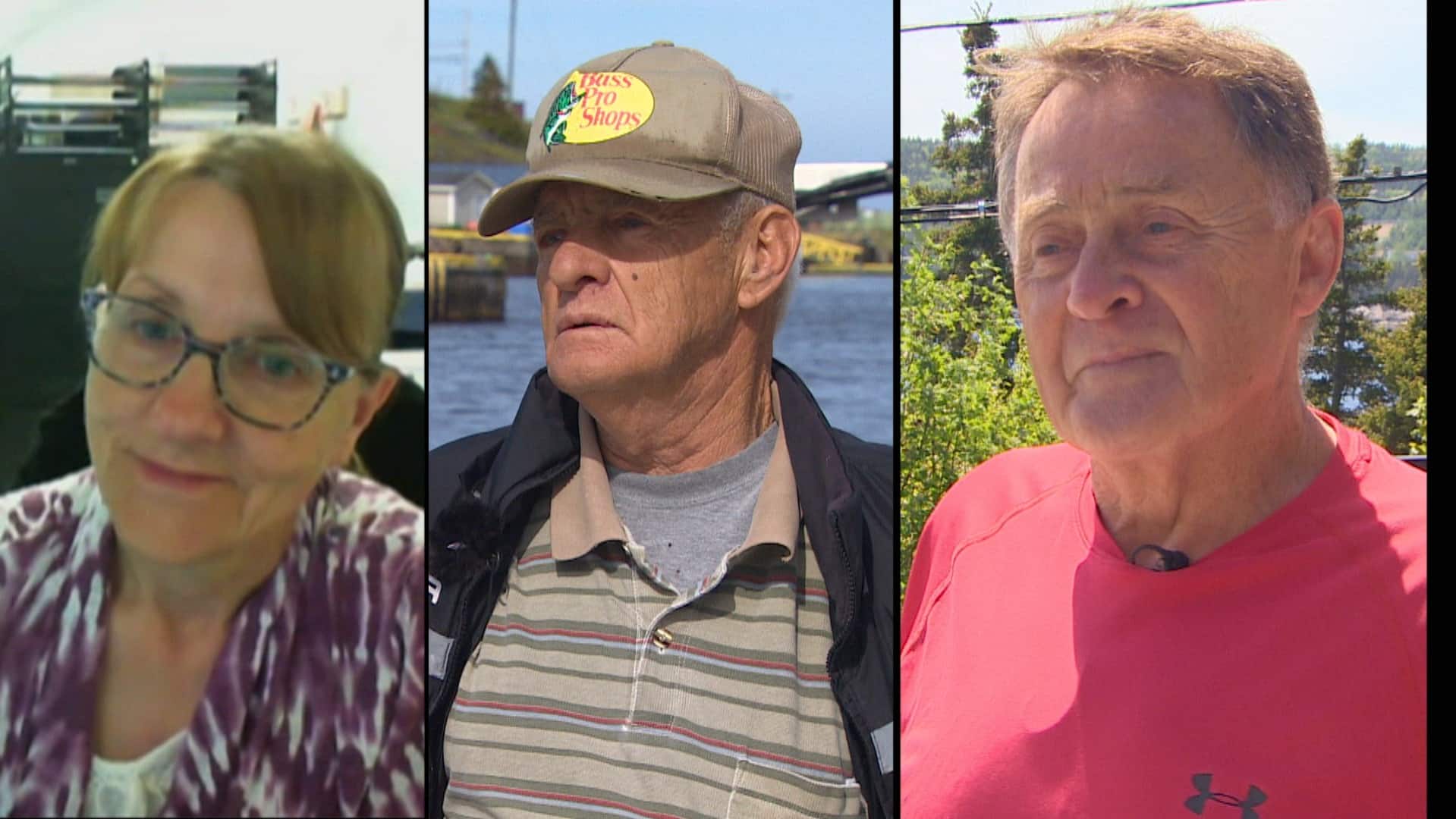 How N.L. lost much more than a fishing industry: Reflecting on the cod moratorium, 30 years later

The CBC’s Ryan Cooke tracks down people caught up in the momentous closure of Newfoundland’s cod fishery, and finds the impacts went far beyond their livelihoods

Seven other towns have resettled since 1992, with the most recent being Little Bay Islands in 2019.

If there’s a positive to the moratorium, Ropson said it was the opportunities for children who would have otherwise followed in the unstable footsteps of their parents and grandparents.

“They had a great lifestyle growing up, but it was just not feasible,” Ropson says today. “But it’ll always be home. Always.”

The baby on her lap grew up to be a social worker, and now helps children in Labrador with fetal alcohol syndrome. Looking at her today, Ropson knows she made the right choice in voting to resettle.

“I’m just so proud of her,” Ropson says with tears welling in her eyes.

No return in sight

John Williams always knew the moratorium wasn’t going to be short-lived, despite claims by Crosbie and other officials that it could be as short as two years. Williams spent seven weeks one summer in the early 90s searching for cod fish, and didn’t see a single one. He felt it was going to be at least 10 years.

Richard Clements says he, too, knew the industry was doomed well before 1992, and wasn’t holding his breath for it to come back.

WATCH | From 2012, an Azzo Rezori documentary on the legacy of the moratorium: 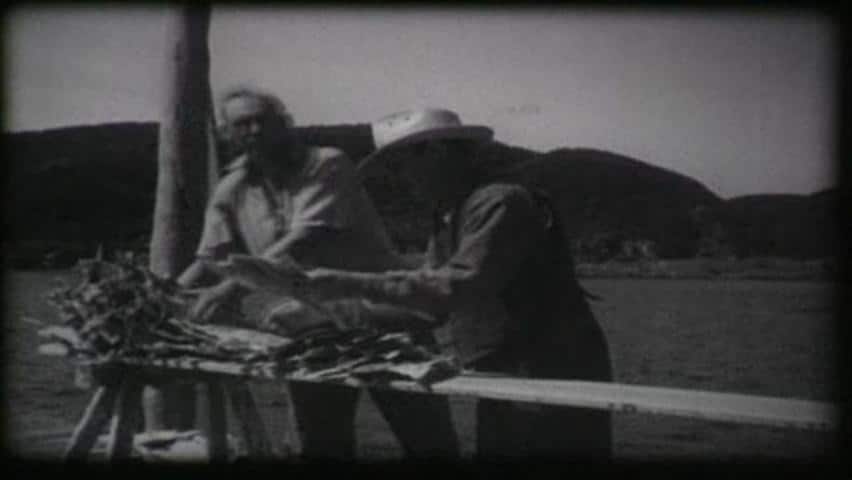 The legacy of King Cod

Azzo Rezori examines the mythology of cod in Newfoundland and Labrador, 20 years after the moratorium

The future of northern cod remains bleak in Newfoundland and Labrador, with the latest assessments still far below the threshold to get out of the critical zone established by the Department of Fisheries and Oceans Canada.

But if you ask Williams, Clements or Ropson, they’ll tell you the loss of fish or money wasn’t the biggest impact from the collapse of cod fishing.

It was the death of a lifestyle.

“The kind of things we tried to keep as traditions, [my daughter] doesn’t know anything about,” Ropson said.

“We have a different kind of culture now. It’s gone.”