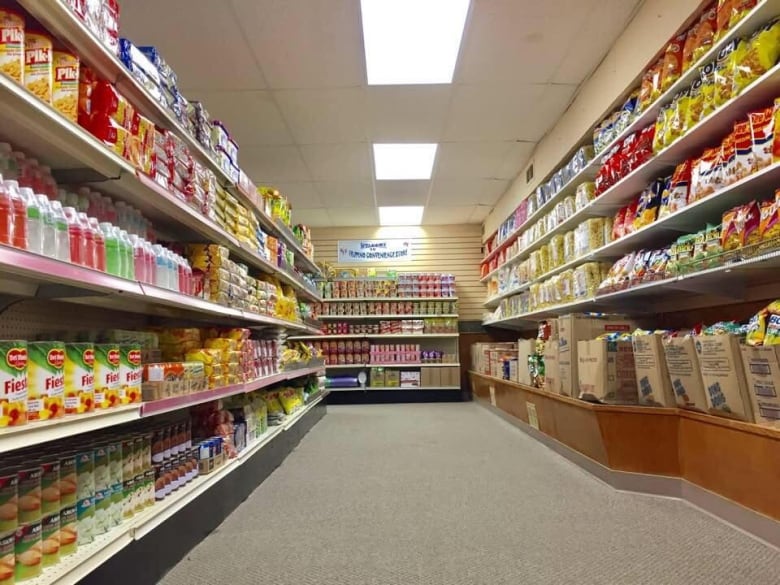 In the small, quiet town of Russell, Man., there are only a few places you can go to get your food for the week.

You could head to the town’s IGA, or one of the convenience stores in the area for snacks.

Or, you could pop into the Filipino Store, an ethnic grocery on the town’s Main Street.

It’s something you might expect to see in a city like Winnipeg (which has at least two), but maybe not so much in the rural community, home to about 1,600 people, according to the latest census data.

Yet the town’s growing Filipino population has created a demand for the comforts of home, something the store’s co-owner Denzel Camillo tries to provide.

“We kind of see that as an opportunity.… People can go there so they won’t feel homesick because we have that store where you can feel at home while you’re here in Canada, mostly by providing the culture that we have in the Philippines,” he said.

Camillo owns and operates the store with his mother, Lorelee, who immigrated to Canada about 10 years ago, then sponsored her family to join her four years later. Camillo was 17 at the time.

The shop first opened around 2017 as the Filipino Grocery store. It was operated by a woman who lived in Yorkton, Sask., about 100 kilometres to the northwest on Highway 16, until the Camillo family took it over about a year later.

In addition to selling a variety of grocery items from the Philippines and other Asian countries, Camillo says they also try to be a hub for the area’s Filipino community and help newcomers to the town get settled.

They also provide money exchange and shipping services for those wanting to send things home to their families, he said.

“It’s nice to see … when you’re far from home and you see one of your countrymen … you kind of feel comfortable,” he said.

Like many Filipinos who now call Russell home, Camillo’s mother moved to the town to work for the Russell Inn and the businesses it operates in the area.

The company started recruiting newcomers back in 2007 when they wanted to expand but couldn’t find enough staff in the area, explained Leanne Bily, who leads the Russell Inn’s human resources department.

At first, the company hired people through the temporary foreign workers program. But Bily said those hires were usually on short-term contracts and ended up moving back home afterward, so they later worked with Manitoba’s provincial nominee program to bring people to Russell that way.

It can be difficult to retain newcomers in a rural area, so they also sponsored newcomers’ families to come with them, in order to make it more likely they would stay, Bily said.

“So we thought, OK, well, can we sponsor some of their family members to come for a job? And then it would help them to want to stay in Russell or the area more so than heading to the city as soon as they could.”

Since then, the company has sponsored close to 200 people to immigrate to Canada to work for them, with most coming from the Philippines. Many of them have stayed.

It’s had a significant impact on the diversity of the community. Census data from 2016 shows that Tagalog was the most commonly spoken language in the town aside from English or French. The town even has its own Filipino association.

Jerry Pestano is one of those people who decided to stay — though he didn’t expect to.

Pestano moved to Russell in 2013 to work for the town’s Tim Hortons location, which is also owned by the Russell Inn.

Now, he has a thriving cake business, Keyk Co, making custom cakes for events, and macaroons.

Born in the Philippines, he was working in London, England, before coming to Canada.

Going from one of the largest cities in the world to a rural community was a culture shock, he said.

“The place is so quiet. It’s totally different than what I was used to when I was in England and back home in the Philippines.”

But over time, small-town life grew on him. When his wife and sons joined him a year later, they decided it might be a good place for their growing family to settle down.

He said they appreciate that they know almost everyone in the community, and like the feeling of safety that brings.

“So I think we’re going to stay here in the long term.”