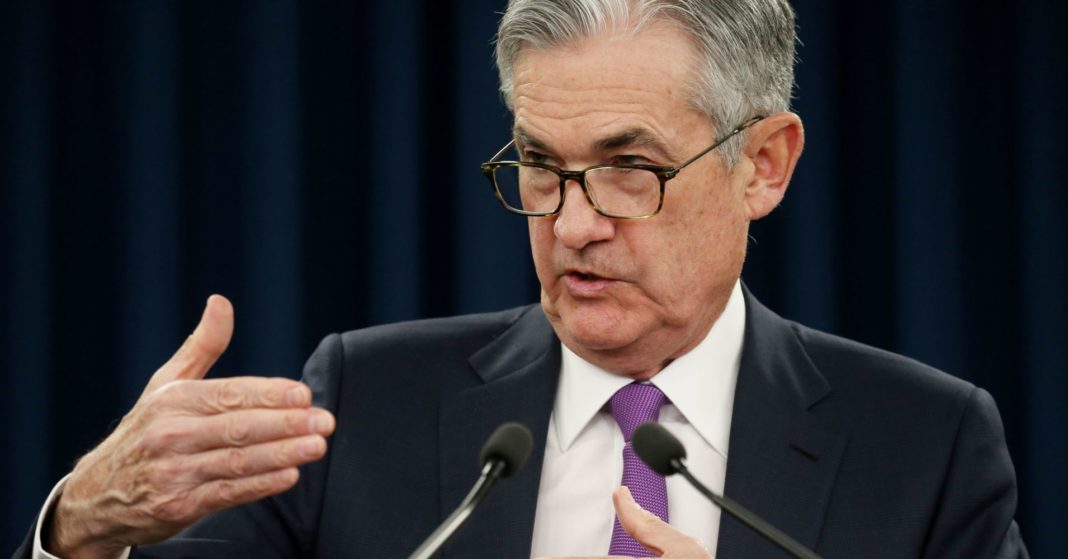 Federal Reserve officials at their most recent meeting left room for the possibility of interest rate increases before the end of the year, should economic conditions improve, according to minutes from the session released Wednesday.

The central bank’s Federal Open Market Committee voted unanimously to not raise its benchmark rate at the March 19-20 gathering, and simultaneously indicated that it didn’t see a likelihood for any hikes through 2019.

However, that came after a discussion in which members said they would be watching the data on an economy most of them expected to improve through the year.

“Several participants noted that their views of the appropriate range for the federal funds rate could shift in either direction based on incoming data and other developments,” the meeting summary stated. “Some participants indicated that if the economy evolved as they currently expected, with economic growth above its longer-run trend rate, they would likely judge it appropriate to raise the target range for the federal funds rate modestly later this year.”

The suggestion of a modest move implies one quarter-point adjustment in the current target range of 2.25 percent to 2.5 percent. Futures markets are currently pricing in no chance of an increase and in fact a 55% chance that the Fed might choose to cut rates. The expectation for a rate cut following the minutes is “probably just wishful thinking,” said Robert Frick, corporate economist at Navy Federal Credit Union.

Through the first months of 2019, market participants have seen a more dovish Fed in favor of a “patient” approach to policy and one that will focus on economic data points like unemployment and inflation. That’s a switch from a central bank that hiked rates four times last year and until the March meeting had been indicating two more increases before the end of this year.

And these minutes noted that most members believe the central bank will likely keep keep interest rates the same for 2019.

“With regard to the outlook for monetary policy beyond this meeting, a majority of participants expected that the evolution of the economic outlook and risks to the outlook would likely warrant leaving the target range unchanged for the remainder of the year,” the minutes said.

Softening data on consumer spending and housing, a weak global picture and, importantly, muted inflation pressures have pushed the Fed to the sidelines.

At the March meeting, members noted the weak beginning to 2019, specifically citing household spending and business investment as metrics holding back broader economic growth. However, since that meeting, expectations for the first quarter have gotten more optimistic, with the Atlanta Fed’s GDP tracker going from 0.2 percent in the early part of March to around 2.1 percent now.

Even with the low growth expectations, the minutes noted that members expected GDP to “bounce back solidly” in the second quarter.

Fed members noted that financial conditions, which tightened sharply in the fourth quarter, loosened to start 2019. The officials gave themselves credit for the change, saying, “Federal Reserve communications since the beginning of the year were seen as an important contributor to the recent improvements in financial conditions.”

In addition to dealing with the evolving economy, the Fed has been under intense political pressure. President Donald Trump has continued his attacks on the central bank, going so far last Friday to suggest that not only should the bank be cutting rates but that it also ought to consider restarting the bond purchase program known as quantitative easing.

On top of that, two of the president’s prospective nominees for the Board of Governors, economic commentator Stephen Moore and former presidential candidate Herman Cain, have been under scrutiny and face uncertain prospects should their names be submitted for Senate confirmation.

Judging by the minutes, the discussion steered clear of politics, focusing on the monetary policy calculus that must take into account a labor market near a 50-year low in unemployment and an economy pressured by waning fiscal stimulus.

Members said they viewed the upside and downside risks as “roughly balanced.”

Potential upside risks are accelerations in household spending and business investment as well as the remaining effects of the 2017 tax cuts, a still-improving labor market and strong consumer sentiment.

Downside risks include some weakening data that “could be the harbinger of a substantial deterioration in economic activity. Moreover, trade policies and foreign economic developments could move in directions that have significant negative effects on U.S. economic growth.”

Officials also discussed the Fed’s balance sheet, which consists mostly of Treasury and mortgage-backed securities holdings that have been reducing since October 2017. The committee approved a plan that would see the bond reduction begin to taper in May and then halt altogether in September.

Minutes indicated that members were interested in reducing uncertainty about the plan, so they decided to come up with a firm timetable at the meeting.

The Fed built up the asset portfolio to more than $4 trillion through three rounds of bond purchases during and after the financial crisis, in an effort to lower long-term interest rates and ease financial conditions. The moves coincided with the longest bull market run in Wall Street’s history and an economic expansion that is also approaching an all-time mark.