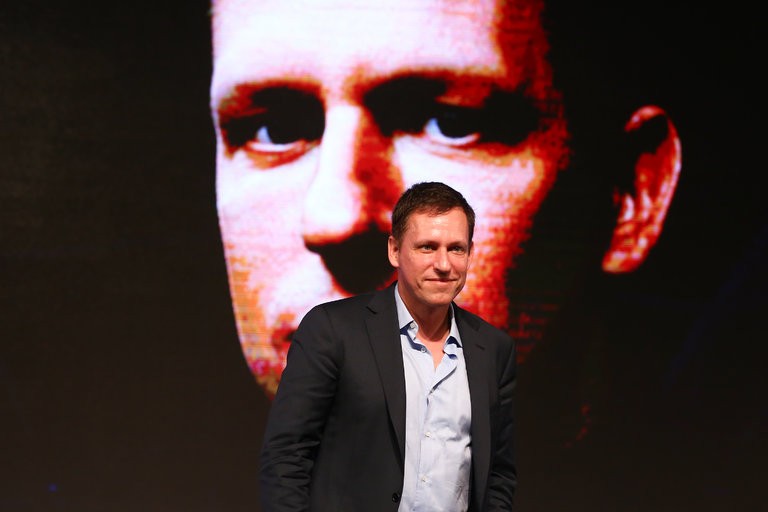 Some big news came later in the week, however. Uber fired Anthony Levandowski, its head of self-driving automobile research. The company brought him in as part of a $680 million acquisition last year. It’s a lot of legal positioning for Uber to protect itself in a lawsuit that alleges the ride-hailing company is using stolen tech from Waymo, the self-driving unit spun out of Google.

I have no idea how this whole thing is going to turn out. All I know is that this is hardly the way Uber wanted its widely acclaimed acquisition of Otto, the self-driving trucking company started by Levandowski, to go.

Farhad: The only surprising thing to me about this was how long it took them to fire Levandowski. He and Uber’s lawyers have clearly not been on the same page for several weeks now; it’s in his interest to protect himself from potential criminal liability, and it’s in Uber’s interest to end this suit quickly and get on with its self-driving car program. As a result, they’ve been working at cross-purposes during much of the legal wrangling.

So, I guess, at least that headache is solved, for now?

Mike: Yeah. And Waymo keeps pouring broken glass into the wound. It came out on Thursday that Waymo is testing its first self-driving truck right now, just a few weeks after Uber unveiled its trucking platform, Uber Freight.

Farhad: Yes, and there’s even more broken glass for Uber coming up: Next week we’ll probably get that long-awaited report on Uber’s workplace culture. This is the report being conducted by Eric Holder, the former attorney general, which Uber’s board commissioned after reports of rampant sexual harassment and misogyny at the company.

We don’t know what the report will say — it could be damning, or it could soft-pedal the whole thing — but either way, Uber’s moment under the media glare isn’t going to end soon.

Mike: In other major battles against Google, Andy Rubin, the creator of Android, just unveiled a new smartphone called “Essential,” which, I imagine, he believes will be essential to all of our futures. I mean, if not, that’s just a missed marketing opportunity.

Good for him, though an entirely new consumer electronics company seems like a tough sell in an age where Apple and Samsung are sucking up all the hardware profits.

Farhad: Yeah, this seems like a long-shot. But as they say, it’s always the crazy ones who succeed — or fail embarrassingly, as in your case.

Mike: In “yet another company is ripping off Snapchat” news, Skype decided to redesign its app in a wholesale rip-off of Snapchat, the first major update I’ve seen from the video chat company in ages.

Honestly, the degree to which others have decided to just carve up Snapchat’s product ideas is inspiring. Nothing is sacred in Silicon Valley — I guess you can thank Mark Zuckerberg and his various properties for that initial inspiration.

Farhad: Why do companies do this? I don’t want Skype to be Snapchat. I just want a way to call people for no money, with really high call quality. Is that too much to ask?

Mike: O.K., I wanted to get to a larger topic that affects all of us. On Thursday, President Trump announced he was pulling out of the Paris Climate Agreement, making the United States one of only three countries in the world not to be a part of it.

The move was near-universally panned. But what was interesting to me, considering I report on tech, is that almost immediately we saw tech C.E.O.s speak out against the decision in varying degrees of forceful language. Some companies were “disappointed,” while others used pretty intense language — like Zuckerberg and Jack Dorsey, for instance.

Farhad: And, most interesting to me, Elon Musk, who announced that he’d leave Trump’s advisory council after the Paris announcement.

More than anyone else in tech, Musk has made saving humanity from global catastrophe his thing. It’s the central thread running through his companies — he wants Tesla to push us to a hyper-efficient, solar-powered future, and he wants SpaceX to get us to Mars, as a backup.

What’s interesting is that he thought he could convince Trump of the wisdom of his ideas. Musk was among many executives who’d pleaded with the president not to ditch the Paris agreement. He did so at a heavy cost to his reputation — and he got nothing for it, apparently.

Mike: My thoughts on this are mixed. On the one hand, I think it’s probably good for these companies to say something, whatever it is. They’ve marketed themselves largely on the environmental impact they are trying to explicitly reduce over time with unique data center designs, among other methods.

The more cynical side of me wonders why push back on this rather than, say, the tepid and slow-moving response to the travel ban a few months back, which also disproportionately affected tech companies’ work forces? Is it because they have more cover now since this decision was widely disliked? Or is it because they’re realizing no amount of platitudes seem to get through to this president?

Farhad: I reject your premise. Sure, the tech giants needed about a day of prodding to respond to the travel ban, but once they realized how incensed their employees were, they all moved quickly to join various efforts to fight that order.

And I suspect that history informed their moves here. The tech companies are rational and global in their outlook — they understand that their employees, many of their customers and essentially all of the governments they deal with around the world were going to oppose Trump’s policies. So it made sense for them to push back hard. They had nothing to lose.

Mike: Well, I have something to lose — free breakfast in the lobby! See you next week.