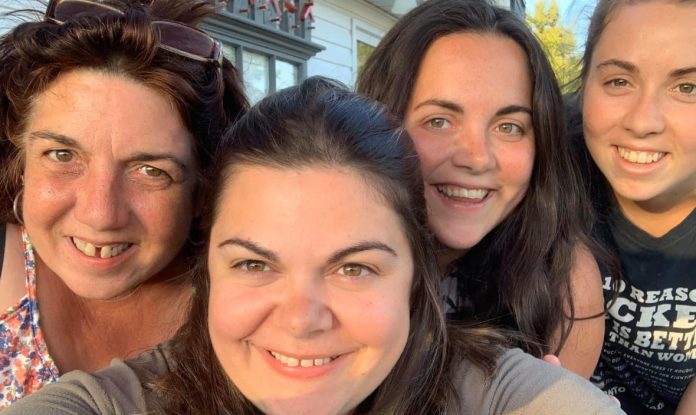 A high-ranking Mountie in Nova Scotia at the time of the mass shooting more than two years ago says he doesn’t think victims’ families were properly supported — and that crime scenes should not have been handed over without being cleaned.

Chief Supt. Darren Campbell testified for two days this week before the Mass Casualty Commission leading the public inquiry into the killings on April 18-19, 2020, and also spoke with the commission through two interviews in June and July.

Campbell now works in New Brunswick, but was the support services officer — one of the highest-ranking RCMP positions in the province — at the time of the shootings.

He told the commission about how he’d met with many of the victims’ families the summer following the tragedy, where a gunman shot and killed 22 people in several communities throughout the province while driving a replica RCMP car.

Many of their concerns included what they saw as an RCMP failure to disclose information, and issues with Const. Wayne (Skipper) Bent, the lone liaison officer assigned to deal with nearly all of the victim’s families, Campbell said.

“They were very emotional meetings,” Campbell said in a commission interview.

“I’ve dealt with a lot of families and I will say … I have never attended meetings with people that affected me more, or were as difficult as that.”

Some victims’ families, including those of Heather O’Brien and Gina Goulet, said they were left to clean the scenes where the women had died.

Campbell said the O’Brien family told him there were bullet casings left in the vehicle, as well as what they called “body parts.” According to Campbell, he asked both Bent and a forensics team member how that could have happened.

Usually, after the forensic team processes a car for evidence, Campbell said they might leave some stains or tissue behind — but then it’s handed to an insurance company to clean or destroy.

“It’s no different than an actual crime scene within a residence. You know, we don’t normally allow the family to come back in and see an awful, messy scene,” Campbell said.

“That would be traumatic.”

Campbell apologized to family in person

But Campbell said Bent told him the O’Brien family wanted the car returned as quickly as possible, even in the state that it was. Bent testified to the commission last month that he wasn’t going to argue with the O’Briens because it was their property, so the car was returned.

Campbell said he’s dealt with similar situations when families ask to see loved ones after they’ve been killed. While he doesn’t want to deny families, Campbell said he always tries to talk them out of it because how their loved one looks now is “not who they are.”

He said the same logic applies to a crime scene in a home or car — it’s “not good for people” to see that.

During his meeting with multiple members of the O’Brien family, which covered issues like the state of the car and how one of them had a gun pointed at them by an officer when approaching a crime scene, Campbell said he offered his condolences and told them “as a person, I’m sorry.”

He also let them know what steps they could take to file a professional complaint if they wanted to do so, he said.

Campbell said he never issued a written apology and is unaware of any formal apology to the O’Briens from the RCMP.

On Tuesday, after his second day of testifying, Campbell broke down in tears and apologized to all of the families for “failing” them.

In Goulet’s case, the inquiry released a summary of a meeting between the commission and her daughter, Amelia Butler, and son-in-law, Dave Butler.

Amelia wasn’t given an official next of kin notification, and the document said that, despite giving at least four different police officers their information, no one called the couple to let them know when Goulet’s property was ready to be handed over.

Instead, Dave Butler put up “no trespassing” signs and went into the house himself, discovering “blood all over the door and other stuff he shouldn’t have seen,” the document said.

The Butlers made their own arrangements through insurance to have Goulet’s house cleaned, but the police had not told them it was an option. At one point, the couple found a shell casing near the bathroom door and “chunk of lead” in Goulet’s vanity.

Bent testified he felt “really bad” that the Butlers had that experience and arranged the cleaning before he reached out to them on April 21, two days after Goulet was killed.

Amelia Butler told the commission she originally believed Bent was their personal liaison officer, and he never explained how he actually represented families related to 21 victims. Dave Butler said Bent “wasn’t able to keep his stories straight” and often couldn’t remember who he was talking with.

Campbell said in a commission interview he wasn’t aware of what the Butlers went through, but what they describe “should never have happened.”

He said usually Bent, or another member of the investigations team, would be the one to talk with each family about cleaning options through insurance.

When asked about whether the support offered by Bent was sufficient, Campbell said, given the scope of the mass shooting, the Mounties could likely never provide enough assistance, and there’s “always more that we could do.”

But when pressed on whether that assistance met the minimum level of care, Campbell said “no,” based on feedback from families.

“If it was good there would be no complaints,” he said.

Campbell said Tuesday he knows Bent worked very hard for months to help the families, and the strain has left a “lasting impact” on him.

In his testimony Monday, Campbell said he raised concerns to the major crimes team who assigned Bent as liaison that this would be a “heavy burden” for one person to carry.

But Campbell said while the team discussed it, they eventually told him Bent could handle it on his own.

In his own interview with the commission, Bent said he “was a little selfish” having worked hard to build relationships with people, and wanted the same message going to each family.

Bent had no specific training around being a family liaison officer, and on Tuesday Campbell said he’d like to see a specially trained national team that could respond to natural disasters, terrorist attacks, or mass shootings anywhere in the country.

Family members of one victim, Const. Heidi Stevenson, were the only ones who didn’t deal with Bent. Stevenson’s husband and children had one officer assigned to them, while her parents dealt with another RCMP member, Campbell said.