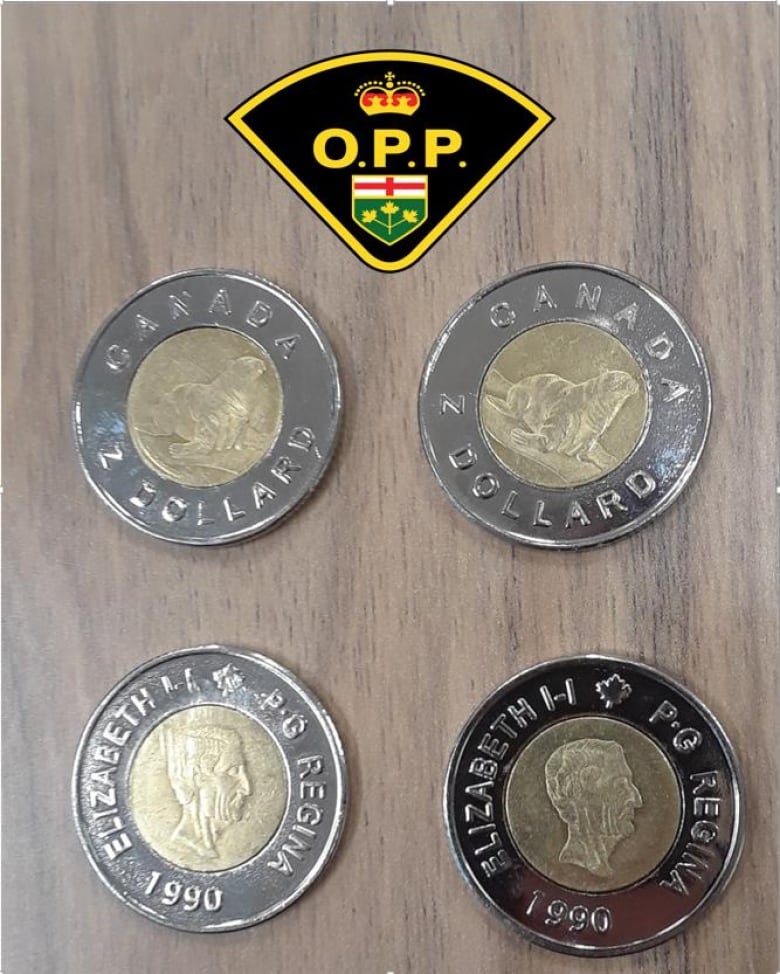 Ontario Provincial Police are warning people to check their pocket change for fake toonies adorned by a strange-looking figurehead and inscribed with a bizarre typo.

According to the OPP, someone went to a Regent Street store in Hawkesbury, Ont., on Jan. 11 and used fake two-dollar coins.

Police were alerted once the coins were determined as fake.

“At a glance, they absolutely look like a toonie,” said Const. Kenneth Gray on Wednesday. “You just have to look at them carefully.”

Police shared a picture of the sham currency, which shows a walrus on one side and an inaccurate portrait of Queen Elizabeth on the other.

Instead of saying “2 dollars” on the tails side, the fake coins say “Z dollard.” They also claim to be made in 1990, six full years before the toonie actually rolled out.

While the dual-metallic colouring may fool some people, the coins don’t attempt to replicate the toonie’s other features, said Alex Reeves, spokesperson for the Royal Canadian Mint.

“Although coin counterfeiting is rare in Canada, we proactively introduced new security features to our $2 coins, which include laser mark micro-engraving and a latent double maple leaf image that shifts as the coin is moved,” Reeves wrote in an email.

Real coins also have lettering on their edges, he said.

As for coins minted before 2012 without these features, they’d still have “Canada” and “2 dollars” inscribed on the tails side, Reeves said, with “Elizabeth II,” “D.G. Regina” and the year of issue on their faces, around the Queen’s image.

Gray wouldn’t say whether they believe more of the fake toonies are out there, but officers are looking for camera footage that may have filmed someone passing off the coins as legitimate.

Anyone with information can contact the Hawkesbury OPP. Those who wish to remain anonymous can call Crime Stoppers.