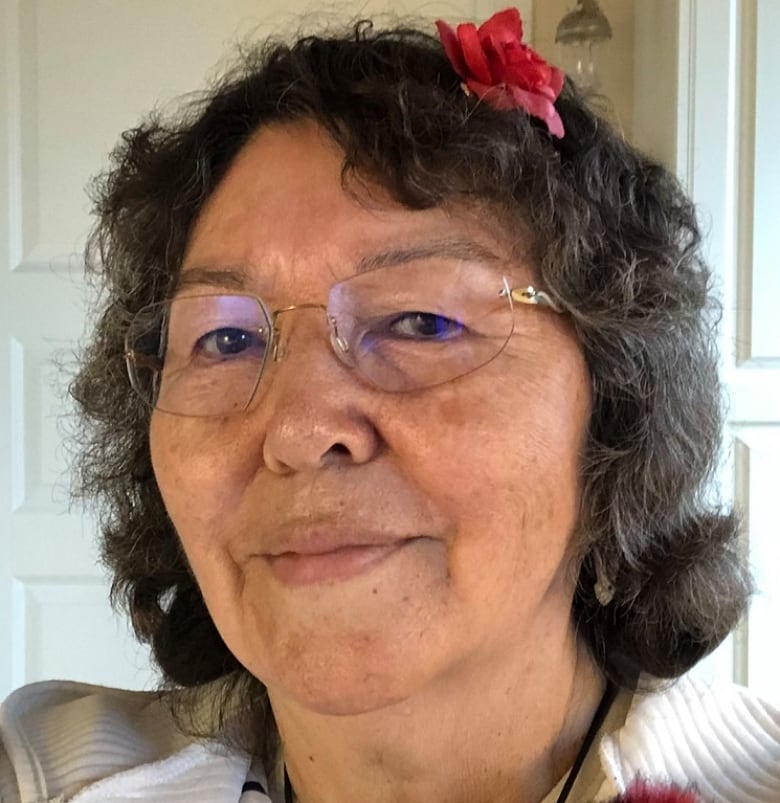 Helene Thiesen says she froze when it came time to wave goodbye to her mother as she boarded the MS Disko that sailed from Nuuk, Greenland, to Denmark in 1951.

“I cried and cried — I couldn’t understand why my mother would let me go,” said Thiesen, 77, who now lives in Stensved, a town in southern Denmark.

She was only seven when Danish authorities took her and 21 other Greenlandic Inuit children to Fedgaarden, a Danish holiday camp that was used for months as a sort of residential school.

There, the children learned Danish and were forced to stop speaking Greenlandic.

By 1952, the children sailed back to Greenland, but Thiesen never went home — and by then could no longer understand her mother tongue.

“I think it’s very important to know for all people in the world what they [did] to us and our families. They destroyed our lives … forever,” Thiesen told Matt Galloway of CBC Radio’s The Current.

Thiesen was part of a project aimed at stripping children of their cultural identities to mould them into “little Danes.” Greenland was a Danish colony until 1953.

The failed social experiment is a dark bit of Danish history that echoes in Canada as this country continues the grim task of tallying hundreds of potential gravesites near residential schools where Indigenous children were sent.

The Danish government apologized for its historical actions in 2020 after years of pressure. But so far there’s been no move toward reparations or a larger reconciliation process.

Last December, survivors of the experiment filed a compensation claim — for 250,000 kroner or about $38,000 each — in Copenhagen’s district court, accusing the Danish state of violating laws and human rights codes.

The shock of discovery

Thiesen says that as a child, she would sob and ask over and over, “Why?”

It wasn’t until she was 46 and married with two children in Denmark that she discovered the truth.

“You have been an experiment,” she told Thiesen, who said the words caused her body to crumple to the floor as she tried to absorb “the biggest shock” of her life.

The day the Danish authorities came, Thiesen says she remembers they asked for her: “I remember they asked my mother … ‘Which one is the most clever in [speaking] Danish?'” she said.

Thiesen says her newly widowed mother, who had two other children, tried to refuse but was promised her daughter would get a better education.

Experts doubt that all of the parents even understood what they were agreeing to, given language issues, and say that refusing Danish authorities would have been difficult for a Greenlandic widow.

Karla Jessen Williamson is Greenlandic, an assistant professor of educational foundations at the University of Saskatchewan in Saskatoon and a member of the Greenland Reconciliation Commission.

“Back then, authorities were authorities — the same as we had in Canada. The same fear would have existed,” Williamson said.

But the Kalaaleq woman says at least now in Canada, there’s a movement toward reconciling with Indigenous people. She said she left Denmark to escape “ignorance” and “racism.”

Inuit people share cultural and language similarities. They also endured similar colonization tactics in both Greenland and Canada. Williamson says removing and “educating” children was done to speed up assimilation.

“The purpose of these experimental children was to go back to their communities and lead the assimilation,” Williamson said.

At the age of 11 in the 1960s, Williamson herself was one of the many Greenlandic children sent to school in Denmark, and she lived with a farm family for a year.

“You are constantly homesick and so very lonely. I beat the Danish schoolchildren in my homework, but for some the same experience was a disaster. It did destroy some kids.”

The children in the ‘little Danes’ experiment

While Williamson did return home, that was not the experience of the five- to nine-year-old children in an experiment approved in 1950.

The plan was to use orphans, but children with a deceased parent ended up being included.

In the Denmark camp where they first lived, Thiesen says, they sang Danish songs and were punished for speaking Greenlandic. Once back in Greenland, they were transferred to a Danish Red Cross-run orphanage in Nuuk, where they played only with Danish children.

Only six of the 22 children involved in the experiment are still alive, as many suffered mental illness or substance abuse issues, according to Thiesen.

Of the survivors, five now live in Denmark and one lives on the country’s Faroe Islands, located between Iceland and Norway.

Aaja Chemnitz Larsen is one of two elected politicians who represent Greenland in the Danish parliament.

She’s long pushed for accountability over what happened to Thiesen and the other Greenlandic children who spent their lives struggling to reclaim their identities.

“We know that what happened back then was totally wrong,” Larsen said.

While most Greenlanders know the story of the experiment, she said, the majority of people in Denmark are oblivious.

Denmark says it must learn from past mistakes

Greenland was granted home rule in 1979, but it’s still part of the realm of Denmark that first colonized the world’s largest island in the 1800s. Eight years ago, Greenland launched a reconciliation process, modelled on those used in Canada and South Africa, but the Danish government has largely ignored its findings.

Williamson says the Danish government is interested in Greenland’s resources, not its people.

“They have no idea what to do with the Inuit population,” she said.

Williamson was the first Inuit and woman to serve as the executive director of the Arctic Institute of North America, which is based at the University of Calgary, and says despite moves by Norway and Finland toward reconciliation, the Danish government is wary of any process that might shake Denmark’s claim to Greenland’s resources — which stems from the fact that Vikings once lived there.

“They fear this so much,” Williamson said.

“The most important aspect for the Danish government has been an official apology to the now adult children and their families for the betrayal they endured. This was a major step towards redressing the government’s failure; a responsibility no previous government had taken on.”

Krag’s statement continued, “The government and I believe that recognizing the mistakes of the past is in itself crucial, and we must learn from these so that history is never permitted to repeat itself.”

For Thiesen, it’s important that the world knows about what happened to her 70 years ago.

She wrote a memoir that details the day she was returned to Nuuk and saw her mother for a heartbreaking 10 minutes at the quay, before being taken on a red bus to an orphanage. It was the last and only time she saw her mother after being sent to Denmark.

“I saw my mother and my little brother and big sister — I was so happy to give them a hug and talk about all the things that I have seen and learned in Denmark — and I looked up at her and she didn’t understand me. She looked down at me and I got a shock because I couldn’t understand her at all. She was speaking Greenlandic to me.”

Thiesen struggles in English to describe the pain she felt, as she registered the loss.