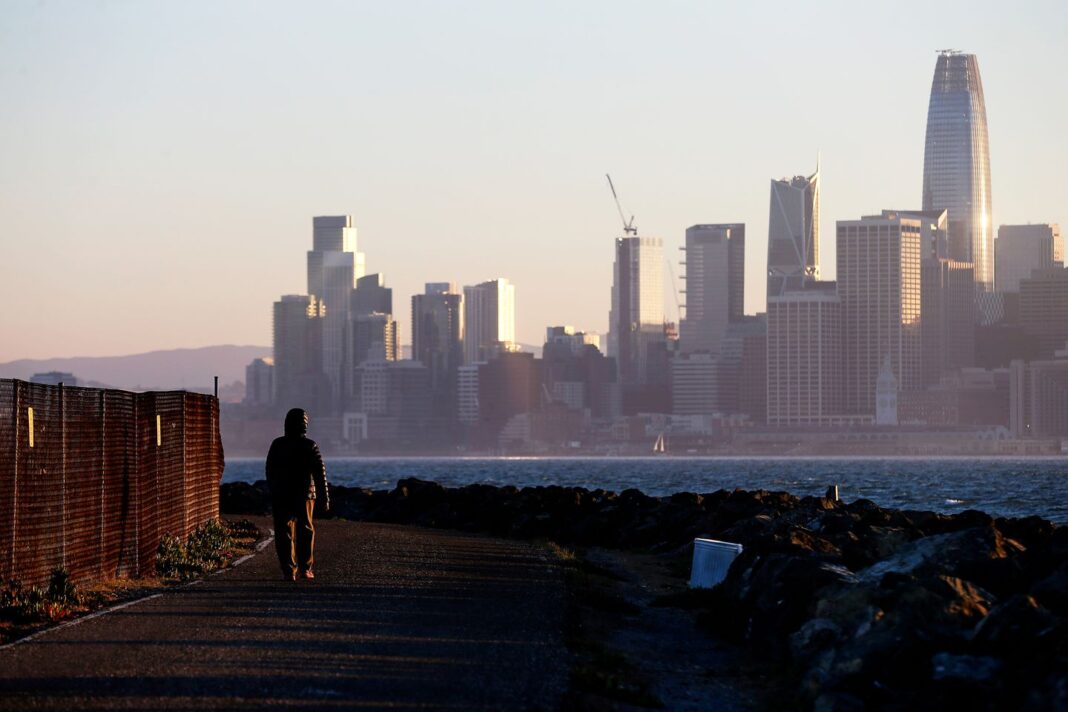 Explosion of U.S. tech jobs concentrated in just five metro areas, study finds The share of those jobs shrank dramatically in would-be hubs such as Chicago, Durham, N.C., Philadelphia, Dallas and Wichita, researchers found, with the bottom 90 percent of U.S. metro areas collectively losing one-third of these positions in the same period.

The result is a growing concentration of high-paying jobs that accelerates wage growth and, by extension, socioeconomic disparities. Income inequality is at its highest level since the Census Bureau started tracking it five decades ago, despite historically low unemployment and poverty rates. The gulf between the top and bottom is starkest in wealthy coastal regions, which also command the highest numbers of tech workers.

The persistent rise in inequality has become a central topic in the 2020 presidential race, with candidates such as Sens. Bernie Sanders and Elizabeth Warren calling for a wealth tax, widespread student loan forgiveness and free tuition at public universities. Sen. Cory Booker has a plan for a trust fund for every American child seeded by the federal government that could eventually provide up to nearly $50,000 for college tuition, buying a home or starting a business.

The research by Mark Muro and Jacob Whiton of the Brookings Metropolitan Policy Program, and Robert Atkinson of the Information Technology and Innovation Foundation, looked at employment in 13 “innovation industries,” which they defined as fields where at least 45 percent of the workforce has STEM degrees and where research and development investment per worker is $20,000 or higher. The industries range from aerospace to chemical engineering to software and data processing.

These positions make up just 3 percent of U.S. jobs, but they generate 6 percent of gross domestic product and a quarter of exports. A third of innovation jobs are concentrated in just 16 counties, the report found, and half are compressed in 41 counties. The concentration is tied to the nature of technology: Progress and productivity increase more quickly in small areas with a wealth of resources and talent.

“These places enjoy the benefits of what economists call cumulative causation,” the report says, “through which their earlier knowledge and firm advantages now attract even more talented workers, start-ups, and investment, creating a gravitational pull toward the nation’s critical innovation sectors while simultaneously draining key talent and business activity from other places.”

The trend creates its own set of problems for the tech hubs, the authors note, including skyrocketing housing costs, worsening traffic and wage expectations that can freeze out smaller companies.

But the economic prosperity is significant: In the 20 metro area with the most employment in innovation industries, the average output per worker is $109,443, according to the report. That’s one-third more than the other 363 metropolitan areas nationwide.

The machinations of the tech industry stand in stark contrast to manufacturing, where companies had to keep costs low to compete. Traditionally, economists believed that even regions that lagged the rest of the country would eventually catch up, once businesses relocated to avoid rising costs in more competitive areas. For much of the past century, lower-income states and metro areas saw faster wage gains and bigger growth than higher-income ones.

When tech companies do move for lower costs, they’re more likely to move outside U.S. borders to tech-dominant countries such as China and India, the report says. And because the concentration of tech means that such redistribution won’t come naturally, the report’s authors contend, government intervention is needed.

“The neoclassical economics idea that markets can be left to drive innovation has instead left the heartland behind,” Atkinson said in a news release. “A strong federal effort focused on helping some metros transition into self-sustaining tech hubs can help more Americans benefit from the significant opportunities enabled by high-tech industry growth.”

The authors propose that the federal government identify several metropolitan areas that have been left behind in tech growth and invest in them heavily for a decade to help them become competitive through workforce development funding, tax and regulatory benefits, business financing and federal land and infrastructure supports. They estimated such a program would cost $100 billion over 10 years, but they pointed out that the price tag is “substantially less” than fossil fuel subsidies for the same time frame.

“The nation’s tech-driven spatial divides have reached emergency status and won’t resolve themselves on their own,” Muro said in the news release. “It’s time for the nation to push back against these trends and conduct a major experiment to see if we can help eight to 10 promising metros emerge as really dynamic anchors of growth in the nation’s heartland.”