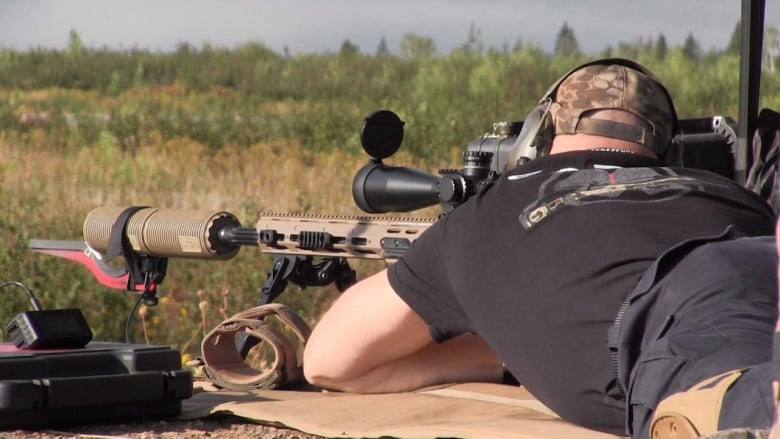 Evidence in a bizarre case of a Canadian soldier accused of drugging comrades with marijuana-laced cupcakes was lost by military police, says the soldier’s lawyer — who accuses the Department of National Defence of conducting a sloppy, incompetent investigation.

Bombardier Chelsea Cogswell’s military trial is slated to start next month. It’s believed to be the first of its kind.

She faces 18 charges, including administering a noxious substance to eight soldiers without their consent in July 2018 at CFB Gagetown. At the time, the soldiers were taking part in a live-fire exercise involving explosives and weapons drills.

CBC News has obtained a copy of a court application filed by Cogswell’s lawyer Ian Kasper. In it, Kasper argues the military should throw out evidence of traces of THC — the main psychoactive compound in cannabis — gathered from one cupcake wrapper because the other cupcake wrappers were lost and never tested.

“The chain of command and the military police did not preserve all the wrappers for further investigation,” Kasper wrote in the application. “The loss of such important evidence was the result of incompetence.

“The chain of command’s loss of the cupcake wrappers was so shockingly negligent as to constitute an abuse of process.”

The military is in the midst of an institutional crisis over its handling of misconduct in the ranks. Critics have said military police are ill-equipped to investigate offences.

‘There’s a lack of expertise. A lack of competence’

Military law expert Michel Drapeau has been arguing for years that the military police do not have the depth, supervision and training to conduct criminal investigations.

Drapeau reviewed the court documents obtained by CBC News. He pointed out that it took roughly 17 months for the military police to realize they hadn’t secured all of the wrappers, and to investigate where they went.

“Seventeen months required to discover it is disturbing, to say the least,” he said. “There is something lacking there. It could be a lack of expertise. It could also be incompetence, obviously.”

Cogswell’s unusual case made headlines around the world. The Department of National Defence has said it’s believed to be the first case of a soldier charged with feeding marijuana to colleagues without their consent.

Cogswell’s mother told CBC News strangers have bombarded her with hate messages online and she found her vehicle keyed in her driveway on one occasion.

“The military community was entitled to a proper and complete investigation, not a half-hearted and incomplete one that saw crucial evidence lost,” reads Kasper’s application. “The applicant’s career and liberty are on the line.”

Regional military prosecutors responded, saying the evidence was never lost since it was never in government authorities’ possession in the first place.

“Any cupcake wrappers which were not collected had been disposed of by witnesses or complainants prior to commencement or contemplation of an investigation,” reads the military’s response to the court application. “There was no abuse of process.”

At the time of the incident on July 21, 2018, Cogswell was working at a mobile canteen at the army’s combat training centre in New Brunswick, according to court martial documents.

Cogswell offered some troops from the gun detachment free cupcakes she had baked that she said contained coconut oil and avocados, according to the document. At least nine soldiers ate the cupcakes; within an hour, some described feeling “high,” the court martial documents said.

“They variously described feeling tired, exhausted, loopy, anxious and paranoid,” said Kasper’s court document. “Others, however, believed they were dehydrated or were suffering heat exhaustion.”

Citing safety concerns, the military called off the live fire training exercise on that hot summer day and loaded those affected into an air-conditioned truck for assessment. A medical technician on scene ruled out heat injuries, according to the documents.

The commanding officer called in military police to investigate the possibility that “the members of the artillery school were suffering from mind-altering drugs while on a live fire exercise,” Kasper’s court document states.

One of the soldiers who ate a cupcake and felt fine collected about five wrappers and gave them to the chain of command — one Warrant Officer Mangrove, according to the court document.

The military police officer who attended the scene, Cpl. Whitehall, obtained one of the wrappers from a soldier who got it from Mangrove and tested it for drugs. The test came back negative but later tested positive for traces of THC, according to both Kasper’s court document and the response from military prosecutors.

The military police only discovered other wrappers existed almost a year and a half later, in January 2020, after a request from the accused’s lawyer.

“No explanation has been proffered,” wrote Kasper. “The only reasonable conclusion is that they were lost through incompetence. The wrappers are at the heart of the case … and they could afford forensic evidence tending to disprove the offences charged.”

The military wrote in its defence that it doesn’t know where the other wrappers went “missing.” At the time of the incident, the focus was on possible health and safety risks, not the “possibility of a future criminal investigation,” said the military prosecutors.

“There is no evidence of any attempt to conceal or destroy evidence in this case, nor is there any evidence of bad faith on the part of the Crown,” the prosecutors wrote. “In fact, it is more likely than not that obtaining the missing wrappers would have strengthened the Crown’s case.”

The Military Police Complaints Commission will not confirm that it’s received a complaint in connection to Cogswell’s case. In a statement, the commission said it does not release information or the identity of complainants or subjects in “non-public interest cases.”

Along with charges for administering a noxious substance, Cogswell also faces nine counts of conduct to the prejudice of good order and discipline and one count of behaving in a disgraceful manner.