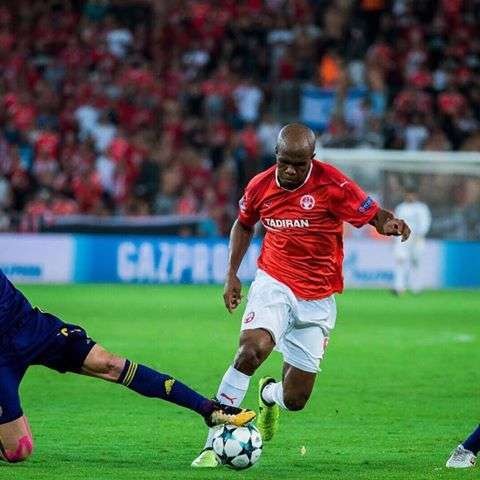 The Europa League returned on Thursday, September 28 and a host of Nigerian players featured for their clubs in Europe.

Nigerian-born Akpom was on the bench the whole 90 minutes as his Arsenal teammates beat host Bate Borisov 4-2.

His compatriot, Alex Iwobi did not travel with the team because of a minor injury.

Nwakaeme was introduced in the 62nd minute and scored seven minutes later.

Alhaji Gero played 90 minutes and scored the winner for Swedish club Oestersunds Fc in their impressive 1-0 win over Hertha Berlin.

He assisted his side 24th-minute goal before picking up a yellow card in the 62nd minute.

His compatriot Imoh Ezekiel was an unused substitute for the game.

The former Akwa United player was booked in the 15th minute of the game.