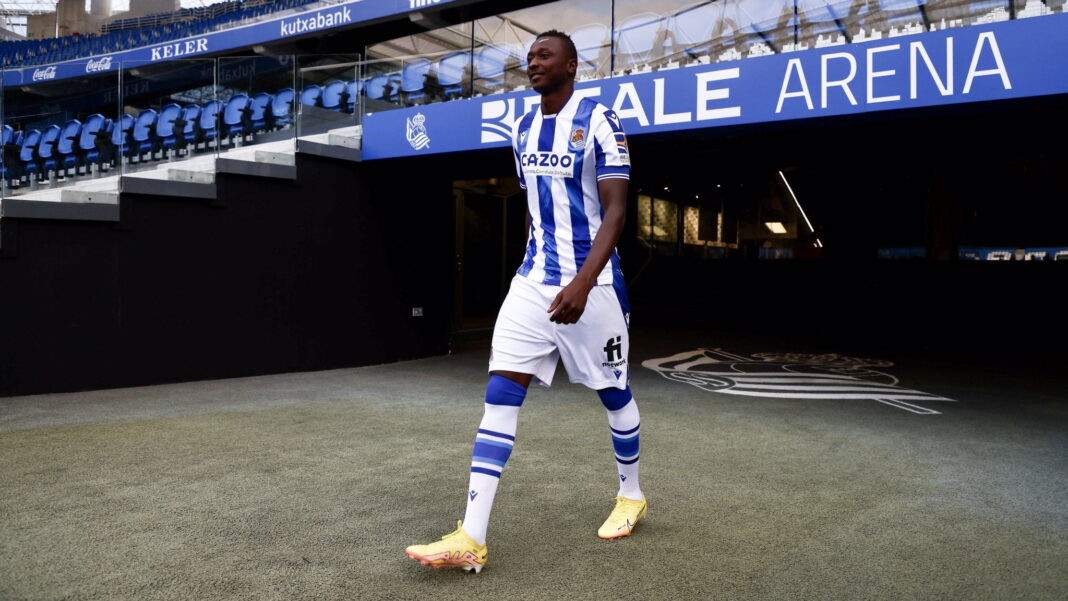 Roberto Ramajo has warned Manchester United to be wary of Real Sociedad forward, Umar Sadiq ahead of the Europa League meeting between both teams.

Manchester United will host the White and Blues at Old Trafford on Thursday.

Romajo is a lifelong Manchester United fan who covers Real Sociedad for radio network Cadena Ser and newspaper Diario AS.

Sadiq made his mark for Almeria in the Spanish Segunda Division before switching to Real Sociedad.

The Nigeria international scored on his debut for the club in the 1-1 draw against Atletico Madrid last weekend.

Ramajo believes Real Sociedad will be difficult to beat for Manchester United, especially with Sadiq now in their ranks.

“Everyone, as there are very few weak links within the current squad! But if I was forced to highlight a few key players, I’d say Mikel Merino, the goalkeeper Remiro, central defender Le Normand, midfielders Zubimendi and Brais Mendez, Japanese creative player Kubo and recently signed Umar Sadiq… and David Silva, of course, who you know very well in the Premier League,”. Romajo told Manchester United’s official website.