Euphoric IPO market may be a troubling sign for stocks 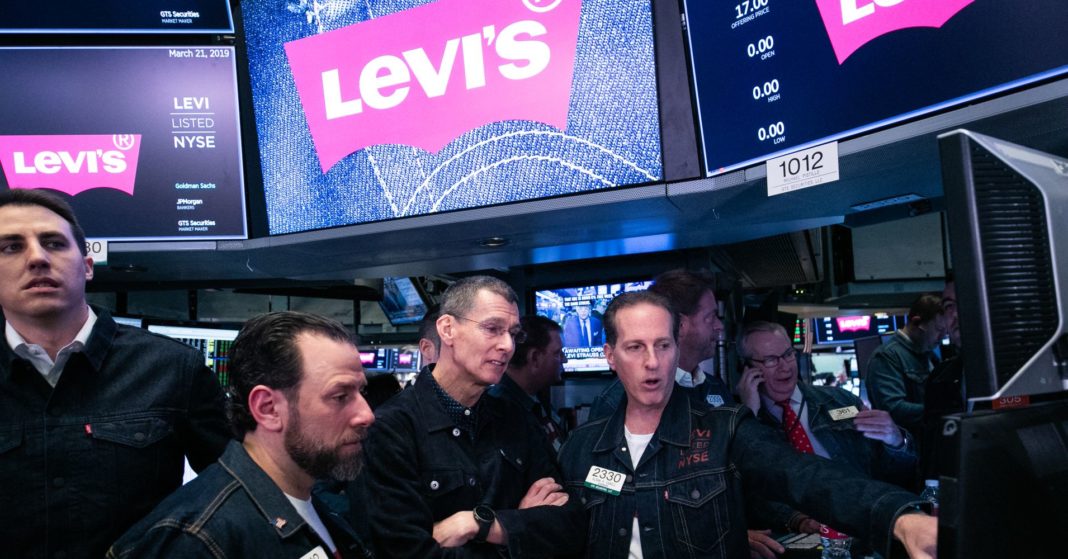 Billion-dollar private companies are stampeding to go public this spring. But fear, not excitement, may be driving the herd.

After a slow first quarter for public offerings, denim giant Levi Strauss kicked off its debut this week, with shares popping 31 percent on the New York Stock Exchange.

The ride-hailing service Lyft is next up to bat, and is expected to hit a $23 billion valuation when it lists on the Nasdaq next week. The social media app Pinterest has moved up its timeline to list, filing its IPO prospectus with the SEC on Friday.

Uber, with a jaw-dropping $120 billion target valuation, is planning to release its filing and kick off an IPO roadshow in April, according to Reuters. Slack and Palantir are also on deck in 2019.

But a re-energized, euphoric IPO market is not necessarily a bullish sign, according to some industry experts. It could indicate private investors in these companies want to cash in their chips.

This month’s excitement traces back to the end of last year. A lot of these companies could have listed in the second half of 2018 but put it off. Then came December, the worst month for stocks since the Great Depression.

Larry McDonald, managing director of ACG Analytics, said Silicon Valley clients he has spoken with behind the scenes regretted not listing before the December dip.

“They should have done these deals all last year, and they put it off,” said McDonald, who is also the editor of the Bear Traps Report. “The beatings that these guys took for not bringing those deals in the third quarter were substantial.”

Beatings mostly took the form of criticism on their risk management, McDonald said. But luckily for the start-ups, comments from the Federal Reserve have saved the day. The Fed has suggested no rate increases would come this year — after indicating in December that two could take place. The newest stance sent stocks higher, providing a solid backdrop for these companies to now go public.

Many private equity and venture capital investors are now “panicked to just get out,” McDonald said.

Among those late stage signals: A slowing global economy and bond market signaling recession ahead.

On Friday, the spread between the 3-month Treasury bill yield and the 10-year note rate turned negative for the first time since 2007 — inverting the so-called yield curve — according to Refinitiv Tradeweb data. That happens when short- term rates surpass their longer-term counterparts and the phenomenon is widely considered by investors as an indicator of a recession coming in the near future.

Until Levi Strauss, the first quarter had been a slow one for IPOs, partially due to the government shut-down. The Securities and Exchange Commission — in charge of green-lighting IPOs — was closed until Congress and the president struck a deal to fund the government. Companies looking to go public couldn’t file necessary IPO paperwork for the 35-day shutdown.

To be sure, the barrage of IPOs could also be timing. Companies want to go public before the summer hits and Wall Street workers take vacation. Getting to market in the second quarter ensures that their “roadshow,” or series of presentations to investors across major U.S. cities, gets enough attention before the summer.

“That will keep happening until the lights are turned off,” Haverty told CNBC in a phone interview. “IPO booms almost never end well.”

Based on the over-subscription of Lyft’s IPO and successful Levi’s entry, he said investment bankers are likely looking to rush these deals out the door. Bankers are likely telling clients, “the window is open but this Lyft and Levi Strauss is a period of insanity and we better get in on this.”

“It’s finance 101 — make hay while the sun shines,” Haverty said. “If you’re a tech company looking at selling stock now, there’s no reason on God’s green Earth that you wouldn’t sell it.”