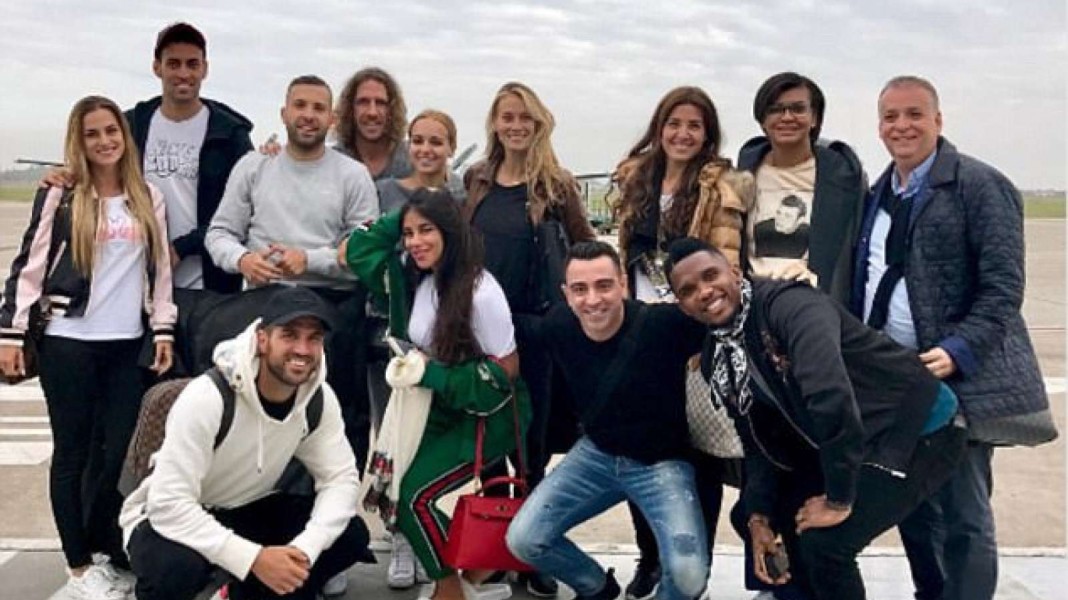 Cameroon legend and former Barcelona striker Samuel Eto’o has joined the growing list of footballers who will be present at Lionel Messi’s wedding party.

The Antalyspor forward shared a picture on Instagram confirming he landed in Rosario with former teammates Gerard Pique, Xavi, Puyol, Jordi Alba and Cesc Fabregas for the much-anticipated party in City Center, the largest city in the province of Santa Fe.

Messi,30, is set to marry his childhood sweetheart Antonella Roccuzzo,29 in what has been tagged the biggest footballing marriage which will attract not more than 250 VIP guests.

Some of the other guests expected at the wedding are all Messi’s Barcelona teammates including Luis Suárez, Neymar, Busquets and his wife Colombia’s pop star Shakira.

Pep Guardiola, Diego Maradona and Sergio Aguero are also on the list.