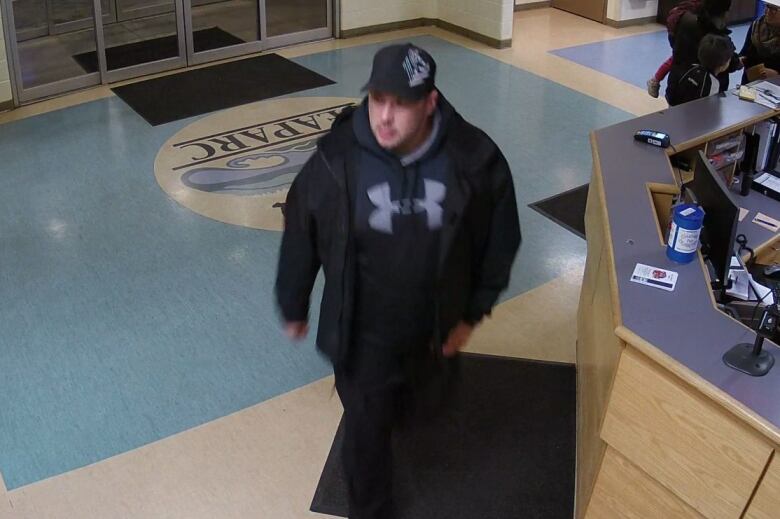 Michael Widner’s death in March 2017 left a lot of questions unanswered — and not just for the investigators tasked with solving the targeted killing of a Hells Angels prospect.

Widner’s wife learned the man she wed in 2008 had also maintained a long-term “marriage-like relationship” with another woman.

The parts of each week he had claimed to be working in a different part of Vancouver Island were actually spent living with his other family, which included two children.

The “who” and the “why” of Widner’s killing remain unsolved.

But a B.C. Supreme Court judge this week answered one of the other mysteries sparked by his death: provincial law allows for both of the dead man’s partners to be considered spouses despite a criminal prohibition against polygamy.

“Complicated” appears to have been an understatement.

Duncan’s lengthy decision on a lawsuit filed by Widner’s secret spouse for a share of his estate pulls back the curtains on a double life spent evading the scrutiny of both romantic partners and police.

Widner is believed to have died around March 9, 2017. His body was found near Port Renfrew, on the west coast of Vancouver Island, a week after he was reported missing. Police have not said how he was killed, but are treating the death as a homicide.

According to the decision, Widner had been living with Sabrina Widner since 2000, and the couple had two children.

They married in a civil ceremony in 2008 followed by a Mexican resort celebration attended by Bob Green, a prominent Hells Angel who was himself murdered in 2016.

Sabrina Widner said she didn’t learn of her husband’s involvement in the gang until police started asking questions after his disappearance four years ago.

“Did he own a Harley, did he have any ties to the Hells Angels? Ms. Widner said no,” Duncan wrote.

“Within a day or two the police advised her that they had found a body in Port Renfrew and were certain it was Mike. The news began carrying reports about the killing of a Hells Angels prospect with criminal ties. Ms. Widner said she was caught completely off guard by this.”

‘Trusted him about everything else’

Sara Boughton met Widner in 2009, four years after graduating from high school. They moved in together within a month.

At the time, Widner claimed to be going through a divorce that would be settled in three months.

The couple had a son and a daughter and went on holidays to Mexico together. Boughton said Widner told her he and his wife often argued, and that when he asked for a divorce she would “tell him he would not see his children and threaten him about being a criminal,” the judge wrote.

Since 2013, Boughton and Widner had been renting a house in Shawnigan Lake, about an hour’s drive from Widner’s other home in Sooke.

Widner claimed he slept on the couch when he returned to his other family. Boughton said she didn’t believe that, but it never struck her that he might still be “intimate” with his wife, Duncan wrote.

Boughton said Widner also concealed his relationship with the Hells Angels from her. She said she found out some time in 2015, and didn’t think it was a wise move for him to join.

“Despite the fact that the deceased lied about his marital status and covered up his involvement in the Hells Angels, Ms. Boughton trusted him about everything else,” Duncan said in her decision.

Widner died without a will.

His wife said he didn’t have a bank account or anything but a boat and a car left in his name. He listed his income at $1,500 in his 2011 tax return and $300 the following year.

And yet, Boughton estimated Widner provided her with $8,000 a month for household expenses, and the dead man’s mother claimed she saw him give Sabrina Widner “handfuls” of large bills — an allegation his wife denied, saying they didn’t live a “lavish” lifestyle.

According to the judgment, Widner appeared to get his money from a variety of sources.

He ran a legal medical marijuana grow-op licensed in Sabrina Widner’s name. He also tried his hand at a variety of odd jobs. And during the court proceedings, his mother said he was a high-level cocaine dealer.

Widner’s father and mother, who are separated, both testified at the proceeding.

They each claimed to have known about their son’s romantic entanglements, but neither shared the information with Sabrina Widner.

“Mr. Widner felt his son’s relationships were none of his business. He told his son to deal with the situation, because it was difficult to lead two lives,” the decision says.

His mother said she “did not think it was any of her business to tell Ms. Widner about Ms. Boughton.”

The possibility of a girlfriend was mentioned by a psychic whom Sabrina Widner consulted in the days after her husband disappeared.

It was also because of a psychic that she didn’t believe her husband owned a Harley-Davidson.

“He had a motorcycle when their daughter was born but a psychic told them he would die on a motorcycle so they sold it,” Duncan wrote

“She learned that the Deceased had two motorcycles at Ms. Boughton’s house and had purchased several others for the Hells Angels.”

A pair of B.C. politicians would also turn out to be prescient in the matter of Michael Widner’s life and death.

Duncan cites legislative debate in 2009 between Liberal Attorney General Mike de Jong and NDP critic Leonard Krog about provisions of the Wills, Estates and Successions Act that are at the heart of the fight between Boughton and Sabrina Widner.

The law specifically mentions a situation involving the division of an estate for “two or more spouses.”

“I’m just trying to grasp and get my head around this concept when you would have this intersection where two spouses would in fact have a claim,” Krog said.

De Jong said the law was drafted to include every possible circumstance — including one involving two people unwittingly involved in “overlapping” relationships.

“As distasteful or tawdry as it may seem, the possibility that an individual or two individuals might find themselves in this situation requires, we believe, the inclusion of the provision,” de Jong said.

Duncan said it was clear the legislature intended to provide for people who were in a “marriage-like relationship” with someone who was also married at the time of their death.

Sabrina Widner still plans to challenge the validity of the spousal provisions of the law, because her lawyers claim it would appear to conflict with the criminal law against polygamy.

In the meantime, Duncan found Boughton is entitled to half of what can be found of Widner’s estate — which appears to be about $150,000.

“Ms. Widner understandably resents her husband’s duplicity in forming a relationship with Ms. Boughton, having children with her and supporting a separate, secret household,” Duncan wrote.

“The resulting amount is to be divided equally between the two surviving spouses.”