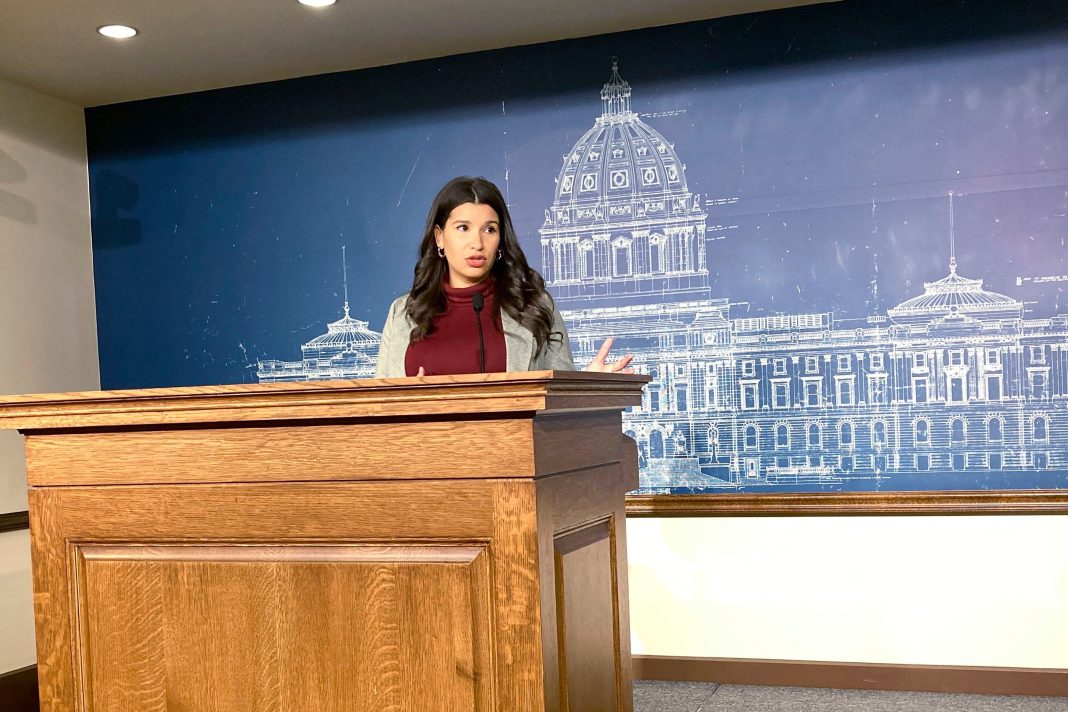 In April, it looked like Erin Maye Quade’s bid for Minnesota state Senate was done.

On the day of the convention to get her party’s nomination, Maye Quade was in labor. She nevertheless attended the Democratic-Farmer-Labor (the state equivalent of the Democratic Party) event and even delivered a speech while experiencing contractions.

But after pushing through for a few hours, Maye Quade eventually had to go to the hospital. And because no one stopped the convention for her medical emergency, she withdrew from the nomination process.

Yet since then, Maye Quade has received national attention and strong support. A couple weeks later, she jumped back into the race. And now, she’s going to have a powerful national organization helping her out.

“As the nation’s largest resource for women in politics, EMILY’s List is committed to breaking down obstacles that prevent mothers from running for office,” Laphonza Butler, the group’s president, said in a statement first shared with HuffPost. “We commend Maye Quade’s resilience and determination while attending the Democratic-Farmer-Labor endorsing convention and delivering a speech while in active labor, and we know that she will bring this tenacity to the state Senate to fight for Minnesotans.”

Most of the time, EMILY’s List announces a group of state and local endorsements together in a single release. But in an indication of the importance of this race, the group announced Maye Quade’s alone.

“From addressing racial disparities to fully funding public schools, Maye Quade has a proven record of taking on tough fights, even when others have told her to back down,” Butler added.

With Maye Quade absent, the DFL party threw its support behind Justin Emmerich for the state Senate race in the 56th District. It would have taken two-thirds of the delegates present to suspend the convention for Maye Quade’s emergency. Organizers, as well as Emmerich, have said they would have proceeded with a request from Maye Quade to halt the event, but Maye Quade’s supporters say that she ― the woman in labor ― should not have borne the burden of this responsibility.

“I think that they would’ve stopped this convention for any other medical emergency, but instead they put a Black woman through immense pain and put her in front of the room during one of her most vulnerable moments in life ― in front of a room of 200 people,” Emma McBride, political director of Women Winning, who works with Maye Quade’s wife and was a campaign surrogate, told HuffPost at the time.

On May 16, Maye Quade announced she would continue her campaign and challenge Emmerich in the August primary.

“Birth is unpredictable, but my experience wasn’t unique. It was emblematic of the larger battle we are fighting to build a world where reproductive health is prioritized and Black women’s health is taken seriously,” she wrote in a social media post.

Maye Quade served in the state House from 2017 to 2019, just the third Black woman to serve in the chamber. In 2018, she ran as the DFL-endorsed candidate for lieutenant governor, becoming the first LGBTQ person endorsed on the ticket of a major political party in Minnesota. (She lost in the primary.)

Minnesota has never had a Black woman in the state Senate.

In her current bid for state Senate, Maye Quade has also picked up the endorsement of Planned Parenthood, among other groups. She has said she has received an outpouring of support since her convention address.