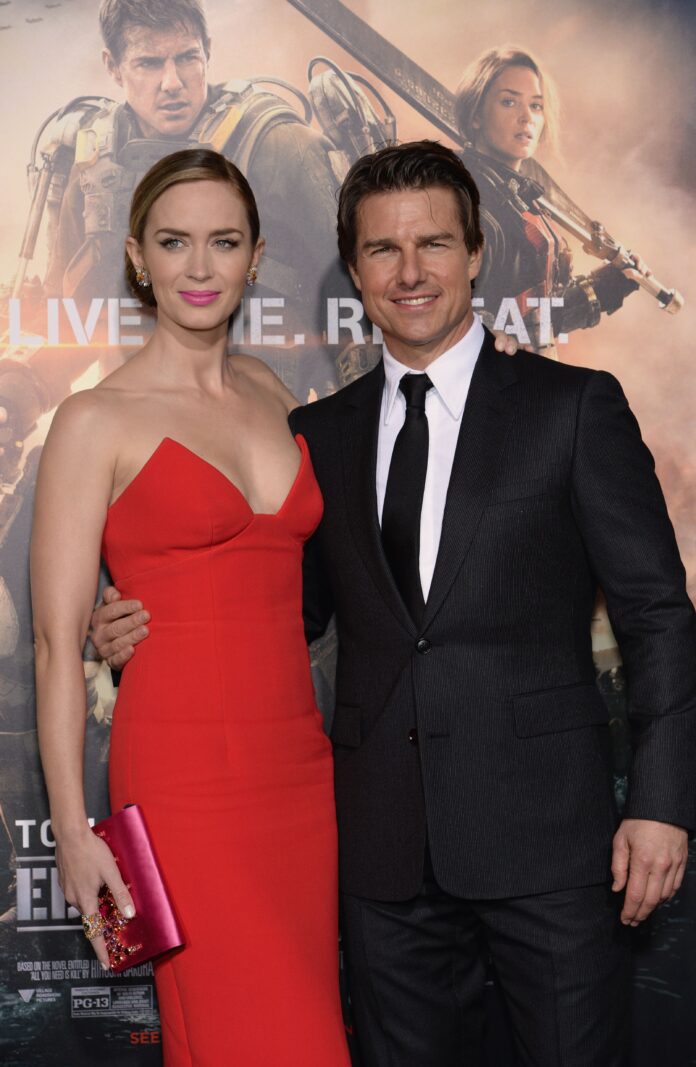 Emily Blunt has revealed that Tom Cruise told her to “stop being a pussy” when she cried on set as they filmed the 2014 action film Edge Of Tomorrow.

The British actor, who wears a robotic suit in the movie, recalled feeling “panicky” when she first put on her costume because of the weight of it.

During an appearance on the SmartLess podcast, Emily revealed that the suits weren’t CGI’d as “we wanted to do it practically and in a tactile way”.

“When you hear the word ‘tactile,’ you think that sounds nice and cosy,” Emily explained.

“There was nothing cosy about wearing these suits. MIne was 85 pounds, it was so heavy. The first time I put it on I started to cry in front of Tom”.

The teary Mary Poppins star said that her co-star “didn’t know what to do” when he saw her getting upset.

“He just stared at me,” Emily recalled. “I was like, ‘Tom, I’m not sure how I’m going to get through this shoot,’ and just started to cry. I said, ‘I’m just feeling a bit panicky about the whole shoot.’

“He just stared at me for a long time, not knowing what to do, and he goes, ‘Come on, stop being such a pussy, OK?’”

Tom’s remark worked as it made Emily laugh, but she still insisted the training – and the costume – were “intense”.

In the new podcast, Emily also revealed that she suffered a nasty injury after an arial stunt on wires went wrong.

“I was supposed to land on my shoulder and I landed on my face,’ she said.

Emily has previously credited Tom with being the reason she “bounced back” after her pregnancy.

The actor told The Independent in 2015: “He should be credited as the new diet pill because he asked me to do Edge of Tomorrow so I was in such good shape when I got pregnant, so after I had Hazel it was easier to bounce back.”