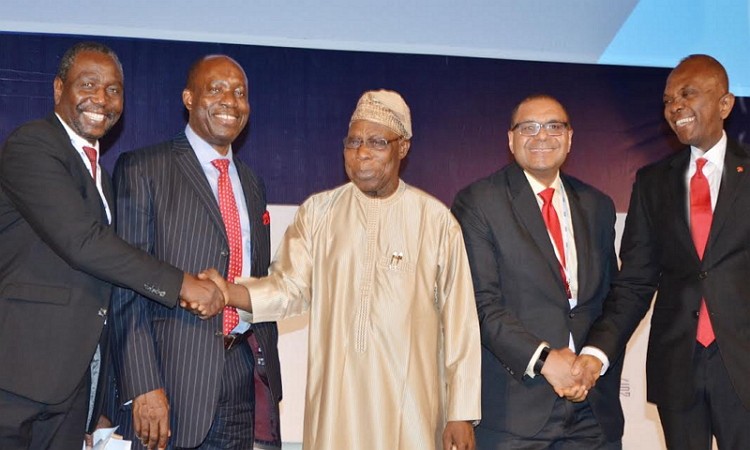 CHAIRMAN, Heirs Holdings, Tony Elumelu, has charged the Federal Government to urgently address the problem of bureaucracy in the process of doing business in Nigeria to promote, attract and retain willing investment partners in the country.

He made this call, yesterday, while discussing the topic “Nigeria Open for Business” at the 2017 National Insurance Conference organised by the Insurance Industry Consultative Council (IICC), which held at Transcorp Hilton, Abuja.

In his speech, Elumelu commended the Buhari-Osinbajo administration for their efforts so far in stabilising the Nigerian economy, but noted that much more still needs to be done to transform Nigeria into a country capable of attracting the right investments. He stated that bureaucracy is a major challenge that needs to be tackled with a sense of urgency to curb excessive losses.

Citing a personal example, he mentioned that the delays in the public sector led to a negative return on investment that forced his proprietary investment company, Heirs Holdings, to suspend the pursuit of its insurance license despite meeting the eligibility requirement and capitalisation benchmark.

“This bureaucracy is a cause for concern and if not tackled, will discourage otherwise willing investors from within and outside the country. Heirs Insurance Limited is an example where despite focused attempts to finalise a licence, the delay in processing has cost our company significantly in terms of resources and return on investment,” he said.

Elumelu proposed that Nigeria’s transformation can only be achieved when the government and private sector work together in “shared Purpose,” to create the economic and social wealth for the people.

He defined shared purpose as an alignment and commitment to 3Es – employment, empowerment and economic opportunity, where the government partners with the private sector to, not only design a business climate that creates job opportunities for the youths as in the case of the Tony Elumelu Foundation, but prioritises small and medium businesses.

In response to the speech, the representative of the Deputy Governor of the Central Bank of Nigeria (CBN), Dr. Okwu Joseph Nnanna, commended Elumelu on the points raised, stating that the sector will pro-actively address the issues raise.