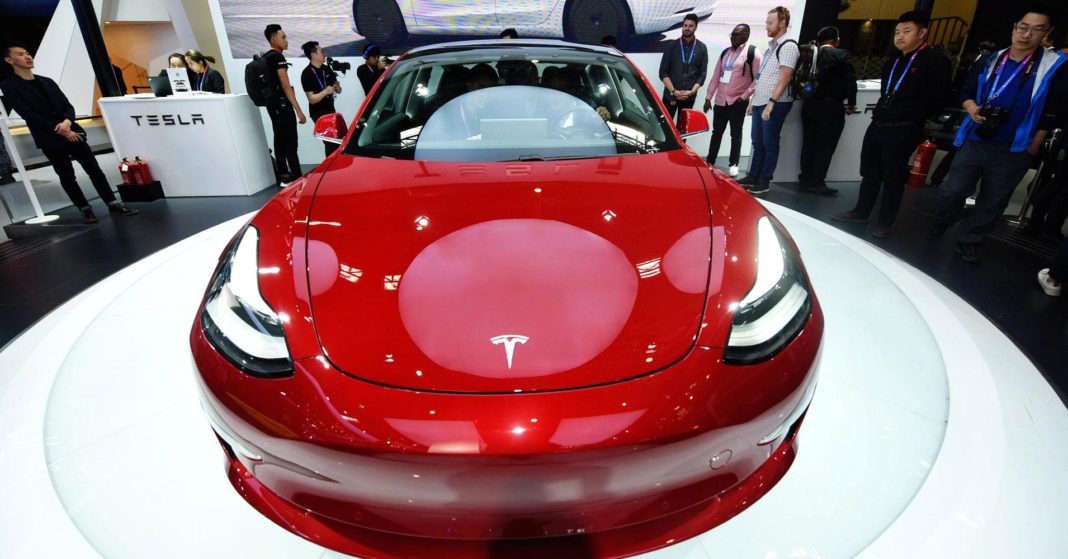 Elon Musk hinted on Saturday at working on new bells and whistles for the Model 3, the car billed as Tesla’s ticket to mainstream auto manufacturing, but one that’s been dogged by a production backlog.

On Twitter, Tesla’s CEO said that he was working on two separate versions of the car, and called its driving feel “amazing.” He hinted at releasing more specifications for the car later Saturday.

Musk’s tease comes as a recent report suggested the Model 3 could take a production leap in spite of its well-publicized woes. Electric car blog Electrek, citing a leaked email from Musk to employees, said it was “quite likely” Tesla will make more than 500 Model 3 cars per day this week.

If that prediction holds true, then Tesla could conceivably hit a weekly production rate of 3500 cars per week. The company is trying to reach a production rate of 5,000 Model 3 vehicles per week by the end of the quarter, but has had to push back that timetable.

Tesla has struggled to ramp up production of the Model 3, which is expected to catapult Tesla into the ranks of mainstream auto producers, instead of a niche purveyor of high-end roadsters.

Musk and his ambitions has come under withering scrutiny, heightened recently by a controversial earnings call in which the billionaire was openly dismissive of analysts questions.

Last month, Musk boasted that Tesla would be cash positive in the second half of this year. However, a number of prominent Wall Street analysts have warned the company is facing a cash crunch, and may need to tap the market sooner rather than later. Goldman Sachs estimates Tesla may require as much as $10 billion in additional capital by 2020.

Tesla’ stock, which shed nearly 3 percent in Friday’s trading session, is down more than to 11 percent year to date.