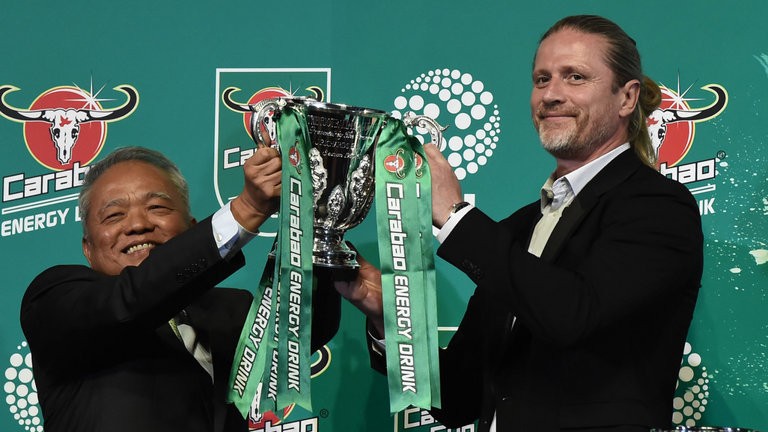 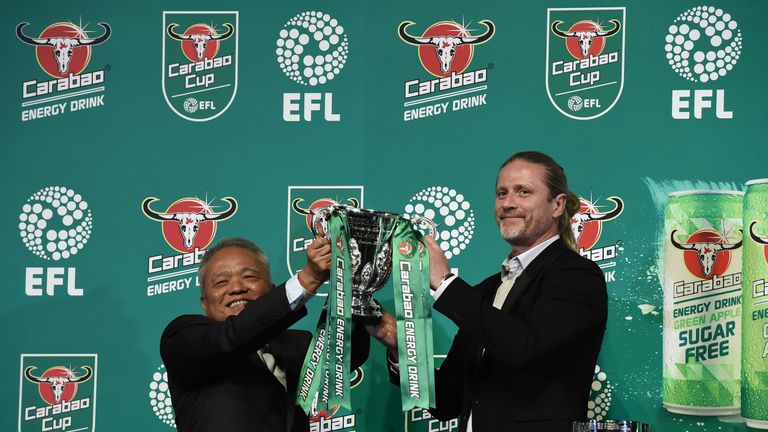 Incorrect fixtures featured on an on-screen graphic during the live draw, when Charlton appeared to be playing twice and Forest Green Rovers were given the wrong opponents.

As part of the EFL’s sponsorship deal with Thai energy drink company Carabao, the draw took place in Bangkok and was live-streamed across digital platforms.

Charlton were handed an away draw at Exeter, but then also appeared a second time on a fixtures graphic with a home tie against Cheltenham.

The summary graphics also showed AFC Wimbledon playing Swindon, despite both being unseeded teams, while Forest Green posted a clarification on their official Twitter feed that they would take on MK Dons at home, rather than Wolves away as the on-screen display suggested.

Details of all the ties from Friday’s draw in Bangkok…

Some users experienced problems with accessing the stream and also encountered sound issues, which exacerbated the situation given the confusion over what text was being displayed.

“The EFL would like to apologise for a number of third party technical issues that affected coverage of this afternoon’s Carabao Cup Round One draw in Bangkok,” a statement from the governing body read.

“There were inaccuracies – as a result of human error – in the live graphics output that resulted in confusion and incorrect ties being displayed on screen.

“In addition, some users did experience difficulties in accessing the stream on certain external platforms. Both issues are currently under investigation.” Teams were regionalised into groups for north and south, then split into two pots for seedings, with a separate draw to determine who would play at home.

The EFL statement added that “the draw was not compromised in any way and all clubs have received confirmation of their round one ties”, which are set to be played in the week commencing August 7.

Swindon’s tie is away at Norwich, while AFC Wimbledon host Brentford and Wolves take on Yeovil.

The Addicks posted a poll on their official Twitter feed, asking fans, “Who would you rather play in the first round of the @Carabao–Cup?”, which was followed by a Thinking Face emoji and had attracted more than 2,173 votes within an hour.

As well as later clarifying the fixtures, the EFL also confirmed Newport’s home tie against Southend would be reversed and switched to Roots Hall because of the installation of a new pitch at Rodney Parade.

Sunderland, relegated from the Premier League last season, will travel to Sky Bet League One side Bury, while Reading – who were beaten by Huddersfield on penalties in the Championship play-off final at Wembley – host Gillingham.

Aston Villa, knocked out at Luton last year, will be looking to avoid another early EFL Cup exit when they travel to League Two Colchester. Lincoln, who won the Vanarama National League title last season as well as reaching the quarter-finals of the FA Cup, go to Rotherham.