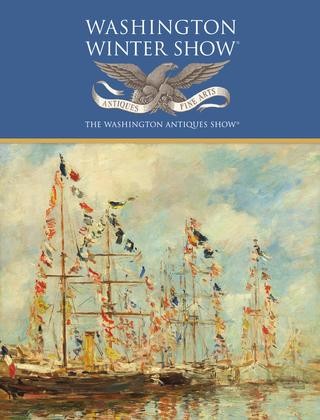 COLUMBUS, Miss. (AP) – Thrill comes in all shapes and sizes. For some guys, it’s the rush of a new boat, the latest putter or 50-yard-line tickets. For Eddie Mauck, thrill rolls in on four wheels, purrs in the harnessed power of a V12 engine and comes wrapped like Christmas morning in glassy sleek design and masterful engineering. Cars are Mauck’s passion. Not just any cars. As he walks among the British- and German-built autos housed in his Columbus garage, Mauck’s regard for their artistry shows in every gesture, every story.

This fascination with automobiles may have first taken hold when 7-year-old Eddie held on tight with the wind in his hair, laughing with friends as they hitched rides to Propst Park on the running boards of his mom’s ‘39 Chevy sedan. As a kid, Mauck would slip into Shull’s drugstore or The Smoke Shop downtown to pore over glossy car magazines. If he was lucky enough to have coins jingling in a pocket, he’d buy one to bring home, reading the pages thin. When he was old enough to earn a little money, most of it went for model cars to put together.

“I’ve loved cars from the beginning of my memory,” Mauck says.

“It was about two guys in a Corvette traveling across the country on Route 66,” Mauck reminisces as if he could happily hit the road tomorrow. “Our whole lives at that time were about mobility of the country.”

America’s muscle cars roared through the ‘60s, but Mauck’s attention was about to be captured by a different and agile breed.

“I began to lean toward English cars the first time I laid eyes on a Jaguar,” he says. “It was the most beautiful car I had ever seen and, in those days, one of the fastest. I knew at first sight that I would have one someday.”

That day came in 1975, when a young pilot at Columbus Air Force Base wanted to sell a ‘74 Jaguar XKE Series 3 roadster. Mauck was smitten. However, by this time he was married to his sweetheart, Janice. Now there were two opinions that mattered. Fortunately, Janice went along with the plan, but it meant giving up their ‘72 MGB, their first car purchased as a married couple.

“We had a boat. We had an MGB. And we sold both to get the Jaguar,” smiles Janice’s husband. “I call it our firstborn child.”

In time, another XKE followed, a buttercup yellow 1972 Series 3 2+2 coupe. Both Jaguars, now 43 and 45 years old, have been restored and maintained with respect and even affection.

“I bought it because it was an engineering marvel,” he says. “It was fast, not like the supercars of today, but fast and with the best sporting manners of any of my cars.”

He walks next to a 2002 Aston Martin Vanquish; it’s the color of a midnight sky. Mauck runs a hand along the glistening frame, then lifts the hood to reveal a small plaque that reads “Handbuilt in England.” It even contains the name of the final inspector. This is engine No. 299 of 973 left-hand drive models built from 2002 to 2004, Mauck explains. It’s just one of many tidbits he carries in his head.

“I bought the Aston Martin because it is completely hand-built and incredibly fast,” he says. “It is a supercar by all definitions.”

Does Janice mind all this auto devotion?

“I enjoy watching him enjoy them,” she says with ease. “Everybody I guess has a hobby, whether it’s fishing or golf or tennis, and he found out when the kids were little that he could play with his cars but still be around the house for them at the same time.”

As much pleasure as Mauck gets from immersing himself in the cars’ history and engineering, their real power may have been most evident when he was diagnosed with malignant melanoma of the parotid gland. Surgery, radiation, immune therapy and extensive travel for treatment were taking their toll in 2016.

“I was just weak and tired all the time,” Mauck shares with candor. “A lot of days or nights, I would just go out there in the garage.” He would piddle, he says, try to dust the cars or accomplish other small chores.

“I could go maybe 15 minutes, and then I’d have to sit for a lot longer. But I’d sit there and admire them, and think about things I’d like to do with the cars, think about road trips – anybody who has been through cancer will understand.”

If you ask Mauck, car culture today isn’t what it used to be. Most kids nowadays aren’t interested in cars except as a mode of transportation.

“In my younger days, cars were an expression of freedom and individuality,” the enthusiast says. And the cars? They look too much alike, filled with plastic interiors focused on computer functions for phones, music and such, he adds.

“Simply put, they are no fun,” is Mauck’s opinion. Young people today are missing that opportunity to be part of their car. “The fun was working on your car and listening to the engine noise as you drove down the road.”

His suggestion to parents? Get an older sports car for a son or daughter (or even yourselves). They aren’t expensive, he says, and will provide many more memories than some of today’s generic models.

As for Mauck himself, there’s still plenty of that kid on the running board inside. He’s doing well these days, and says that, “much to my wife’s dismay, I still think of these cars every day. If I could afford to, I would have 25 or more. They just mesmerize me.”