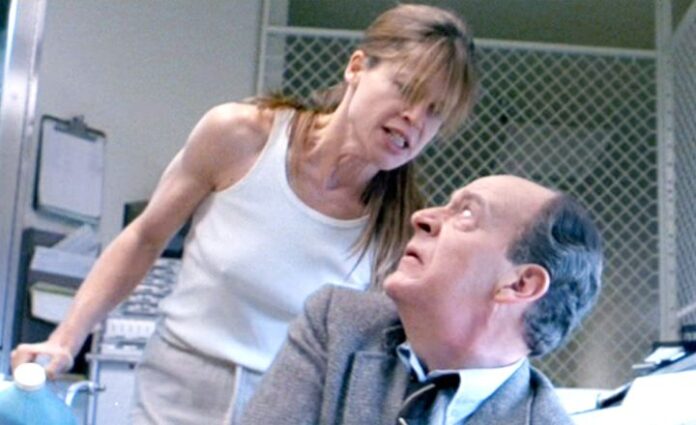 Earl Boen, a veteran character and voice actor best known for his role as the hapless Dr. Peter Silberman in The Terminator movies, has died at the age of 81.

The late performer’s family told Variety that Earl had been diagnosed with lung cancer last year. He died in Hawaii on Thursday.

In the first Terminator film, Earl played a criminal psychologist who was brought in to question Michael Biehn’s character, Kyle Reese.

Kyle had traveled back from the future in a bid to kill the terminator, a cyborg played by Arnold Schwarzenegger, in a desperate move to save the human race from machines in James Cameron’s popular 1984 sci-fi film.

Earl went on to appear in the sequels Terminator 2: Judgment Day – in which he discounts hero Sarah Connor’s (Linda Hamilton) cyborg warning – and Terminator 3: Rise of the Machine. He was also seen in archival footage in 2019’s Terminator: Dark Fate.

Actor Robert Patrick, who played an evil cyborg in Terminator 2 hailed Earl as a “wonderfully gifted actor, and a good guy” on Twitter.

Earl worked on several other films, TV series and video games in his career.

His film credits include 9 To 5, Living in Peril, The Prince, Sioux City, Marked For Death, Alien Nation, The Main Event, Naked Gun 33⅓: The Final Insult and Nutty Professor II: The Klumps.

He was voiced Mr. Bleakman in Clifford The Big Red Dog, Ghost Pirate LeChuck in the Monkey Island video games and of Charles “Rhino” Daly in the animated Batman series, among a number of other voice roles.

But his iconic role will always be Dr. Silberman, a slightly nerdy, well-intentioned doctor who doesn’t quite get what’s really going on.

He is survived by his wife, Cathy, daughter Ruby and two grandchildren.

Was sorry to see that Earl Boen passed away at 81. Here’s one of the greatest VFX shots in existence from Terminator 2: Judgement Day, and Boen’s reaction as Dr Silberman is absolutely priceless. pic.twitter.com/fG17cmxqrr

RIP American actor #EarlBoen who has sadly died aged 81. 4 decades of work in TV, film and video games made him a fan favourite. He will be best known for playing Dr Silberman in three ‘Terminator’ films. and as the voice of Ghost Pirate LeChuck in the ‘Monkey Island’ PC games.🌷 pic.twitter.com/RtwYD5PTE0