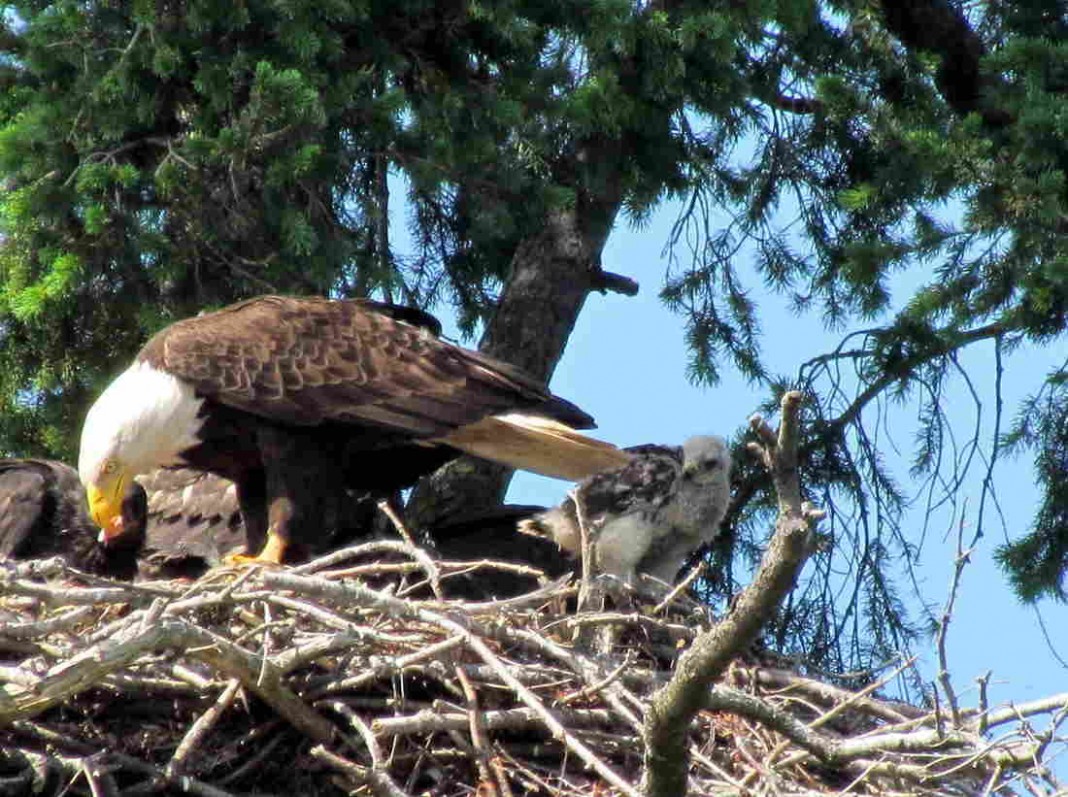 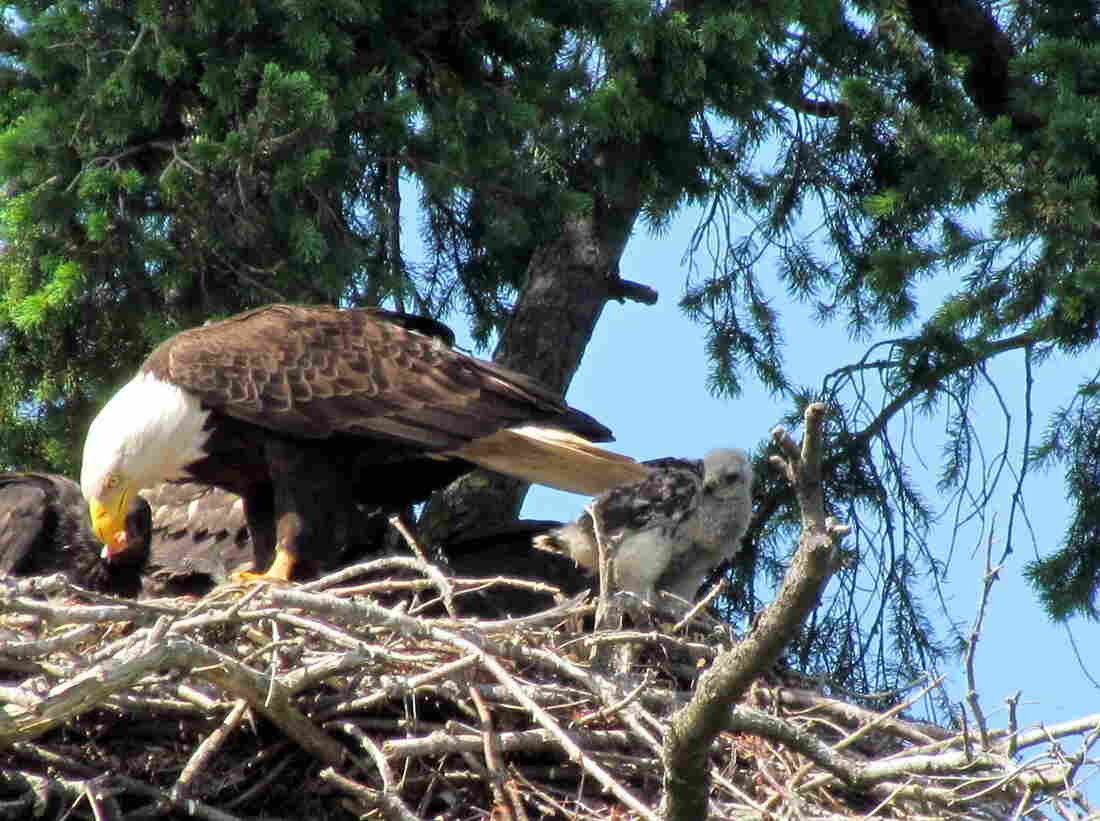 An eagle family has adopted a baby red-tailed hawk in British Columbia, but scientists are not sure how much longer these natural enemies can live in harmony. Lynda Robson/Hancock Wildlife Foundation hide caption

An eagle family has adopted a baby red-tailed hawk in British Columbia, but scientists are not sure how much longer these natural enemies can live in harmony.

Bald eagles and red-tailed hawks are not typically friends — in fact, they have been known to fight each other to the death.

That’s why Canadian bird watchers were so surprised when they spotted a pair of bald eagles sharing a nest with and caring for a baby red-tailed hawk, in addition to their own three eaglets.

The unexpected interspecies family is living in a Douglas fir at the Shoal Harbour Migratory Bird Sanctuary in British Columbia, as the Vancouver Sun reported.

And bird experts are putting forward two main theories about how a red-tailed hawk chick, a species that is a fraction of the size of an eagle, ended up in the nest.

Both theories reflect a degree of aggression more typical of hawk-eagle relations. And the two options essentially boil down to a timeless question — which came to the nest first: the chicken (ahem, hawk) or the egg?

First, raptor scientist David Bird proposes to the Sun that one of the eagles may have raided a hawk nest, grabbed the young hawk and carried it back home.

Then, “my guess is that this little guy begged loud and hard for food — not even thinking about the danger,” Bird told the Sun. “Food overrides everything in these birds. He begged away, and Mom and Dad said, ‘OK, here’s an open, gaping beak. Let’s put food in it.’ “

A second theory, proposed in a blog post by David Hancock of the Hancock Wildlife Foundation, suggests that the egg actually hatched in the nest.

It’s common for red-tailed hawks to divebomb bald eagle nests, he says. “If the attacking red-tail, egg in oviduct, did get carried back to the nearby eagle nest, it is not unlikely that either in the death throws or upon being torn apart (less likely in my experience!) the egg got deposited into the eagle nest.”

Then, the eagles inadvertently started incubating the egg and eventually reared it along with their own eaglets.

But now some are concerned about what will happen to the youngster now.

“This little red-tailed chick is sharing the nest with three fast-growing, usually aggressive siblings,” Hancock says. “Sibling rivalry and fratricide is not uncommon in eagles.”

Bird told the Sun that the young hawk will be ready to take flight in about a week. He said: “The big question is: Will it survive the next week to get out of the nest?”

Though hawks are smaller than eagles, they have been known to put up a fight.

Kerry Finley, a caretaker at the Sanctuary, tells the Sun that the parents are taking good care of the young hawk.

“It’s quite something to see the way it is treated,” he said. “The parents are quite attentive.”

And so far, he says, “the other birds are keeping their distance — they know it is something different.”