Drug possession charges dropped across Ontario at an unprecedented rate 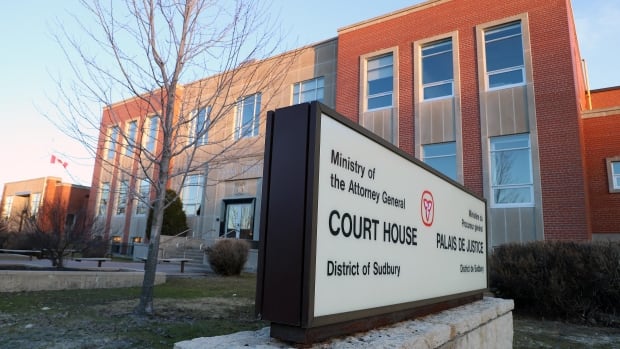 In the past 12 months, courts across Ontario have withdrawn or stayed 85 per cent of drug possession charges in the system before they ever reached trial, according to public data analyzed by CBC Toronto.

By comparison, 45 per cent of such charges were dropped in 2019, prior to the pandemic.

The data — which spans July 2020 to June 2021 — reveals inconsistent patterns in various regions across Ontario in how prosecutors have dealt with a backlog of cases caused by COVID-19 disruptions, while Canada’s politicians move closer toward decriminalization.

“This is the bare minimum of what the criminal justice system needs to be doing right now,” said Nick Boyce, the director of the Ontario Harm Reduction Network.

“Prosecutors simply don’t have the resources,” said Daniel Brown, a defence lawyer in Toronto. “The justice system really needs to triage those cases and focus on the most serious examples.”

In 2021, more than half of all charges in Ontario were stayed or withdrawn — a rate more than 10 percentage points higher than 2019. The charges with the biggest change in withdrawal rates were mostly non-violent: breach of probation, unlawfully at large and failure to appear.

Even impaired driving withdrawals increased by just over 15 percentage points.

In August 2020, Kathleen Roussel, director of public prosecutions for the Public Prosecution Service of Canada (PPSC), asked federal prosecutors to follow through with only “the most serious” drug possession cases. Less serious charges could instead be diverted, she said, meaning the accused may enter an agreement to begin a treatment program or volunteer in the community.

It’s likely prosecutors are dropping drug possession charges because of this directive, said Brown, though he noted that it’s merely a suggestion and prosecutors are applying it at their own discretion.

“Some think it would undermine their community efforts to deal with drug addiction and drug possession if they’re diverting too many charges,” he said. “Other prosecutors’ offices are wholly embracing this idea that drug possession charges are often an underlying symptom of drug addiction.”

The PPSC, which is responsible for prosecuting drug offences like possession and trafficking, did not answer questions about why these charges are being dropped. A spokesperson told CBC News that “each case is assessed on its own merits, taking into consideration all factors of the prosecution.”

Across Ontario, there are significant differences in how many drug possession cases are dropped.

In busy courthouses like Barrie, Brampton and Hamilton, nearly all possession charges were dropped. But in others, like Thunder Bay, the rates barely changed.

Since there are many factors that could determine why prosecutors decide to drop or divert possession charges, it’s hard to pinpoint exactly why these rates differ so widely between regions, said Danardo Jones, an assistant professor of law at the University of Windsor who reviewed the data.

“To withdraw or stay a charge is a formidable, formidable power,” said Jones. “It’s kind of a mystery how Crowns use this power.”

Factors that could influence such decisions, he said, could be things like a good relationship between prosecutors and defence lawyers, what’s needed in that particular community and even racism.

“If we’re looking at a criminal justice system in Thunder Bay that is primarily dealing with Indigenous offenders, I think there’s enough evidence out there to suggest that race may be a factor,” he said.

Prior to the election, the federal government introduced a bill that would erase mandatory minimum sentences for drug possession charges, giving prosecutors more options beyond jail time to handle these cases.

But Boyce wants to see fewer charges laid in the first place. He cautions that not all diversion programs are appropriate or even effective.

“Conditions that they have to engage in [treatment] programs, when they may not want to or may not be ready, just isn’t effective,” he said. “And secondly, we don’t have the range of drug treatment programs that we need anyway.”