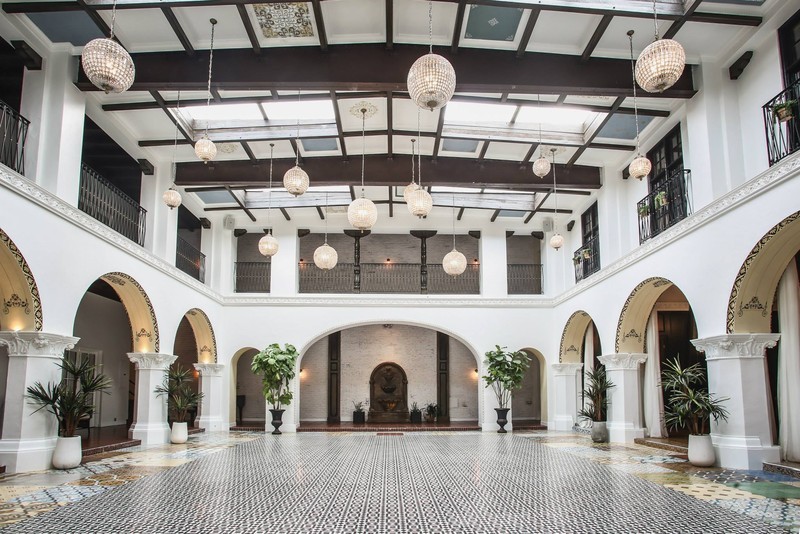 From Valentina Glidden… Rosalyn and Jeremiah met in May 2015. They spent the first few months apart since Rosalyn was interning in Northern California whereas Jeremiah was working in Southern California. In those first few months, Jeremiah would often fly up north where they had a chance to get to spend time cycling around, eating, and talking for hours. Jeremiah really appreciated Rosalyn’s sense of humor and intelligence, and Rosalyn really liked how genuine and rooted Jeremiah was. By the time Rosalyn moved back down to Southern California in September, they were stitched together and spent as much time together as possible. By December they became engaged during a trip to their parents’ hometowns of Taipei/Seoul. Jeremiah proposed to Rosalyn in a private room at a restaurant on top of Yangmingshan (a mountain overlooking Taipei city). Rosalyn was very surprised, as she wasn’t expecting a proposal until a few months later.

In January after they returned to California, they decided to start wedding planning and to have a short engagement. They wanted to have the ceremony and reception in the same place, as well as to have great food and drink. They wanted traditional events in their wedding such as having father/daughter dance, but eschewed some things that they both didn’t see a need for (slideshow). They weren’t sure what to do the couple’s dance, but luckily their wedding coordinator Kaci did a great job teaching them how to do a dance just a week before the wedding. The venue also happened to have a grand piano, and Jeremiah put together a medley of some inside-joke songs to play during the reception.

Since both Rosalyn and Jeremiah have many friends and family who are talented in dancing, they wanted good music to get everyone in the mood to dance at the end of the night. Their DJ did a great job spinning and kept the dancing going for a long time. Multiple people asked the bride and the groom whether or not they were in dance crews in college, given all of the talented dancers who were at the wedding (they both weren’t!).

After the wedding, multiple guests informed them that they loved many different aspects of the wedding, ranging from the food to the beautiful venue. It was really gratifying for both Rosalyn and Jeremiah to see their groups of friends and family mix together and have so much fun hanging out together. In the end, Rosalyn and Jeremiah are very grateful to their excellent vendors and guests and for making this a truly memorable day.