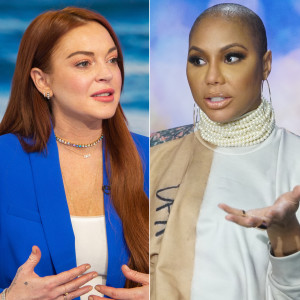 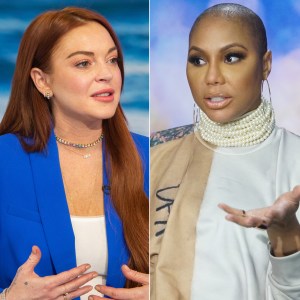 Lindsay Lohan tweeted congratulations to Tamar Braxton for her Celebrity Big Brother victory — but then launched into a tirade of insults against the 41-year-old, who competed against Lindsay’s mom, Dina Lohan, on the CBS reality show.

“Congrats. God bless you,” Lindsay, 32, tweeted to Braxton on Friday, February 15, commenting on a 2017 tweet the singer had pinned. “But you are not any friend of women. You’re deceptive and conniving.”

“MONEY IS MORE TO YOU than being a strong woman #sadness bless you #HappyValentinesDay #KarmaSuperHit” Lindsay added in her tweet to Braxton.

“So ⁦@Kandi⁩ ⁦@dinalohan⁩ are respectable women who don’t ‘sleep’ with you #rapyricky you’re gonna throw shade?” Lindsay tweeted to Williams, 41. “Talk about a #MeToo #YoureTheWorst.”

And to Scaramucci, 55, she wrote, “Didn’t trump let you go? Giving you another chance to be a man protecting women and people from nyc in @CBSBigBrother? I’m pretty sure you failed by going rogue against @dinalohan #YOUARENOTALLOWEDINGREECE @TamarBraxtonHer @lohanbeachclub @panosofgreece.”

A day prior, the Mean Girls alum threatened to expose “secrets” from Dina’s time on Celebrity Big Brother. “Finally #family @alianalohan #free @cbs_bigbrother you suck and get no Valentine’s [sic] from @lohanbeachclub @mtv,” she wrote on Instagram on Thursday, February 14. “My mother is an AMAZING woman and she did so well.”

She added: “The secrets she told me a few hours ago are going to #EXPOSE #YOUALL #dinalohan #dfwm.”