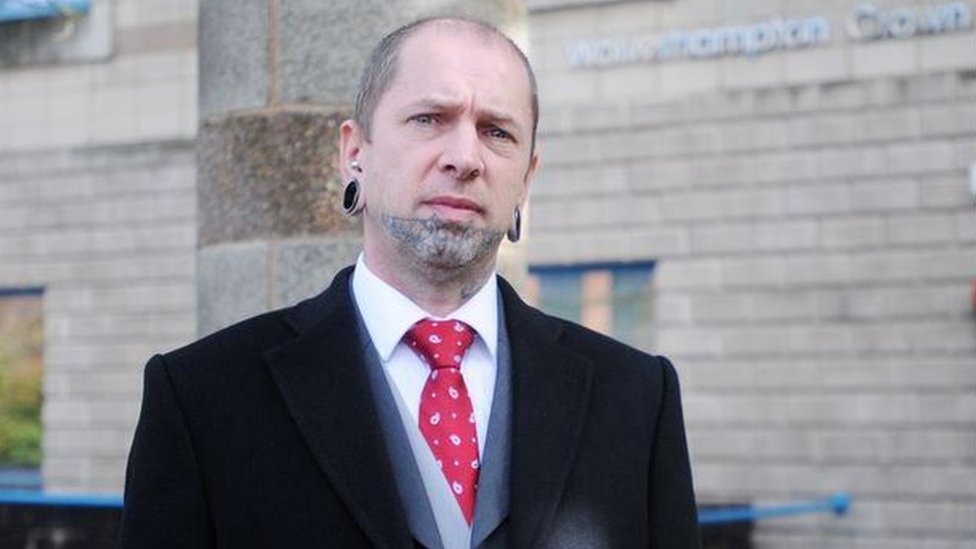 A body modification artist has admitted three counts of grievous bodily harm, by carrying out tongue splitting and ear and nipple removal procedures.

Brendan McCarthy, 50, of Bushbury, Wolverhampton, ran a modification emporium before he was charged with six counts of wounding in 2017.

He will be sentenced on 21 March at Wolverhampton Crown Court.

McCarthy was arrested in December 2015 following a complaint to City of Wolverhampton Council’s environmental health team.

A petition in support of McCarthy amassed more than 13,400 signatures and his lawyer challenged the conviction on the basis that his customers consented.

McCarthy told the BBC the situation was “crushing”.

“It’s crushed me completely, I’m a shadow of my former self,” he said.

Nick Pinch went to McCarthy to have his nipple removed after previous piercings caused a build-up of scar tissue.

The procedures carried out on Mr Pinch formed part of the prosecution’s case.

Mr Pinch said: “[McCarthy] wanted to know why I wanted this procedure, he wanted to make sure I knew what I was doing, he took complete duty of care. I’m really happy with what I’ve had done.”

Passing verdict, Judge Amjad Nawaz ruled that written consent from his customers was not sufficient defence.

The tattooist has spent two years arguing his case, contending at the Court of Appeal that the procedures should be regarded as lawful to protect the “personal autonomy” of his customers.

Mr Nawaz drew the distinction between body modification and tattoos and piercings, saying there is “no proper analogy”.

“What the defendant undertook for reward in this case was a series of medical procedures for no medical reason,” he said.

Body Art, whose full name is King of Ink Land King Body Art The Extreme Ink-Ite but who was born Matthew Whelan, has devoted his life to body modification.

He said: “Under current laws, we are classed as effectively consenting abuse victims.

“These are private procedures and agreements between me as the client and the business person.

“But I do think there needs to be regulation. There are people in the industry that aren’t protected.”

Dr Samantha Pegg, a law lecturer at Nottingham Trent University and expert on the legality of body modification procedures, said: “Practitioners have assumed that extreme body modifications, as forms of body adornment, were lawful when consent was given.

“Although the law has long accepted that tattooing and piercing are lawful activities there has not – until this case – been any consideration of other forms of body modification such as tongue splitting.”

McCarthy was refused permission to appeal to the Supreme Court and has been bailed ahead of sentencing.