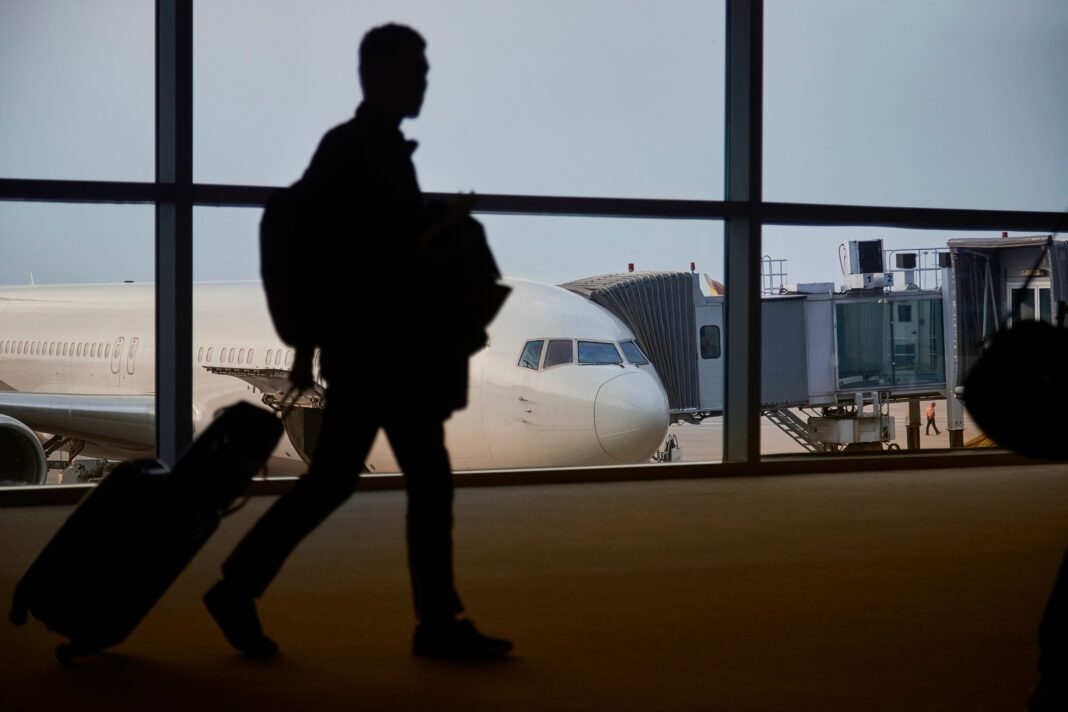 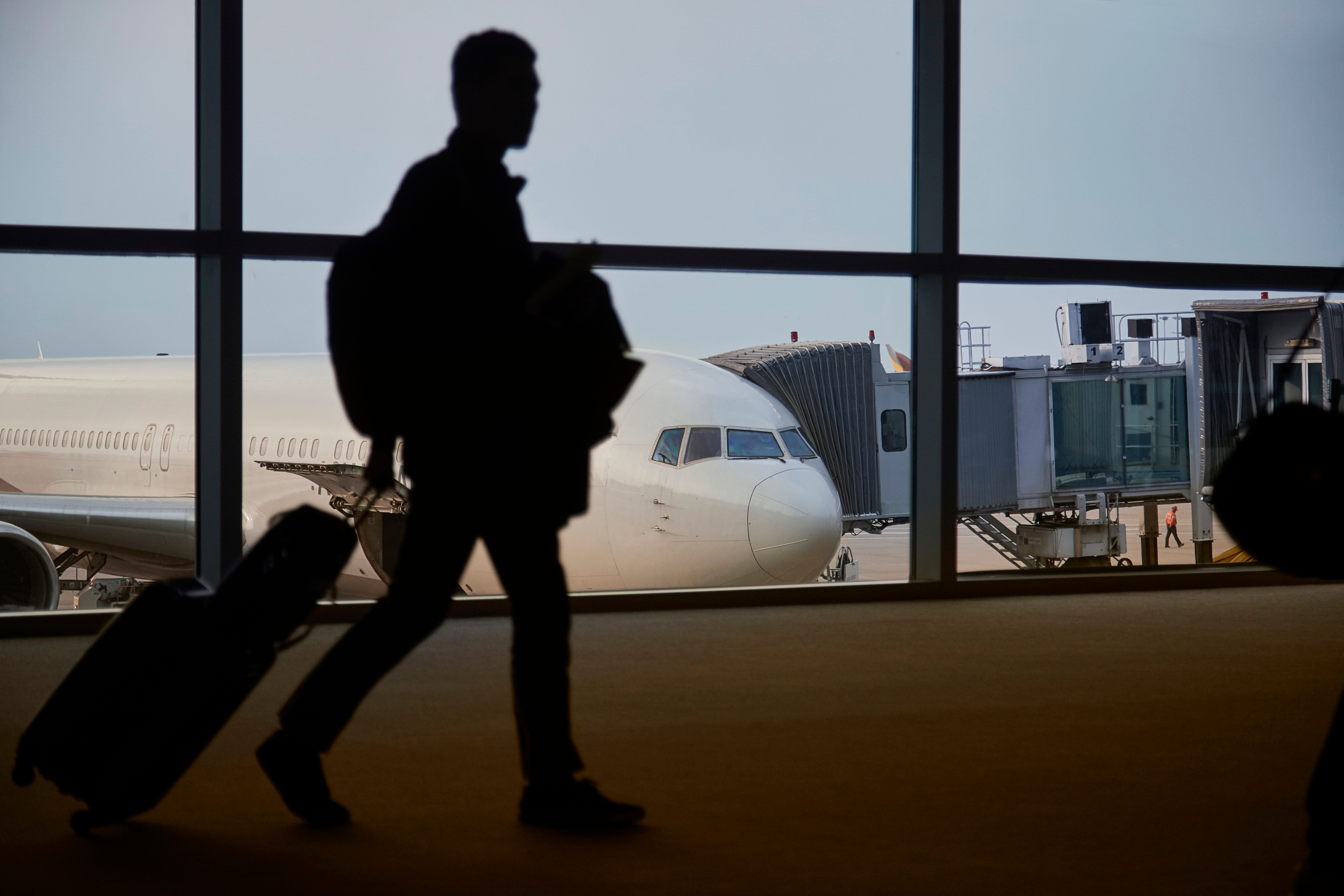 America, We may not know the results of the 2020 election for several days or even weeks. But whether Donald Trump or Joe Biden ultimately wins the presidency, you may not be happy with the direction our country is headed.

“No matter who wins the election, I fear it will take longer than our lifetime to bring America back to pre-2016 election attitudes,” said Julie Darling, a recent ex-pat.

Darling, her partner, and their three dogs recently left San Diego, California, to become Mexico residents. It started when the couple, both in their 60s, rented a home on Rosarito Beach last October. They loved it so much that they decided to buy it in February and live there full time.

Darling said the cost of living was definitely a factor in the decision to leave the U.S. ― there’s no way they could afford to be beachfront property owners in Southern California. Their property taxes are now about $90 per year, and the electricity bill is around $65 a month. But there were other, bigger reasons for the move, too.

“We could see the America I grew up in devolving. The anger and hate were ramping up,” she said. “We wanted out.”

Darling is just one of many Americans who moved to another country in search of a better quality of life. As of 2016, it was estimated that nearly 9 million Americans are living overseas, whether for work or personal reasons.

Homebrewer and educator Ken Mukai is one of them. Last year, he and his wife moved from Los Angeles to Niyodogawa-Cho, Japan, to open a brewery. It was an offer they couldn’t refuse: The cost of living in the U.S. continued rising to ridiculous levels, he said, especially medical and dental insurance. As a teacher, Mukai said he was sick of wasting time and energy on things other than actual teachings, such as dealing with pushy parents, useless staff meetings, pointless mandates from his district, and constantly fighting for better conditions.

The local government in Niyodogawa-Cho offered to subsidize the new brewery building’s construction, and the rent on their home is much lower than in LA. (initially, it was about $300 per month). Medical and dental coverage are highly subsidized in Japan as well, further reducing the cost of living.

Mukai said that seeing what’s currently going on in the U.S. in terms of politics, violence, COVID-19, and school shutdowns, he feels that he “got out just in time.”

How Much Does It Cost To Move Overseas?

Though the cost of living might be lower in many foreign countries, it’s not usually cheap to get there. If you’re thinking about leaving the country (for whatever reason), you’ll need to plan for these international moving costs.

One major expense to consider is getting your belongings from the U.S. to your new home overseas. Many people opt to use a lift company, which transports belongings in a large container via ship. “The price of the shipment is hugely variable and depends on a lot of factors, but you can end up shelling out $1,000-$2,000 more than you expected due to all the extras,” said Sammie Herrick, a travel blogger from Boston who has been living as an ex-pat throughout Asia and the Middle East for about five years.

On average, it costs just over $3,000 to ship the contents of a three-bedroom home. But if you also have a car or pets, that number can rise dramatically.

If you are thinking about shipping a container overseas, Herrick’s advice is twofold: First, read your contract carefully to know where secret charges could come into play. It’s not uncommon for shipping companies to emphasize the base price without clearly explaining the upcharges, extra fees, insurance, and taxes due on your shipment when it arrives in your new country, he said.

Secondly, Herrick strongly recommends reconsidering a shipping container. “I have heard horror stories of people paying a lot of money to get customized furniture that they love abroad, and then having to sell it because it doesn’t fit in their new home,” he said. That’s because houses in other countries are often smaller than in the U.S., and you could end up paying a lot of money to keep items you can’t really use. “Do your research and try and bring only things you cannot get in your new country or things of sentimental value.”

Most people anticipate the high costs of moving overseas, such as packers, movers, and shipping, said Marco Sison, a retirement coach for the site Nomadic FIRE who has moved more than a dozen times internationally. However, many people forget to budget for the most critical step in getting a visa.

“You are not moving anywhere without a visa, and a visa is not free,” Sison said. Take popular ex-pat destination Spain, for example. Securing a long-term stay visa cost Sison over $3,000. However, he noted, it’s not the actual cost of the visa itself that was expensive, but the indirect cost of fulfilling the requirements to get one.

“You will likely have to do background checks and medical checks. You may be required to prepay for local private health insurance and your apartment rent,” Sison said. “Every document submitted will need to be notarized, apostilled, and have a translator certified by the Spanish government to translate the documents from English to Spanish.”

In many cases, you need to submit the visa application in person at a consulate in the U.S. Our example, Spain, has just nine consulates across the U.S. and Puerto Rico, and you must use the consulate assigned to your home state. That means you might have to budget for travel to get your application in. “You will need to add the cost of airline tickets or gas, depending on what state you live in,” Sison said. “It is highly likely you will need an overnight stay in the city due to travel times.”

Getting Your Finances And Documents Set Up

Herrick said you should set aside a good amount of cash for getting your life set up in your new country. For example, you’ll need a new driver’s license and passport. You’ll have to wire money over from the U.S. to your new bank and likely lose some on the exchange due to fees. You may need to hire a real estate agent to help you find a place to live.

“Every time I’ve moved to a new country, my first few months are significantly more expensive than the rest because getting settled and getting the bureaucratic stuff taken care of can cost a good chunk of change,” Herrick said.

Don’t Forget These Other Miscellaneous Expenses.

Ashley Blake, founder of Traverse Journeys and an ex-pat living in Denmark, noted that there are tons of other costs associated with moving to another country that you may not anticipate:

Is Moving Overseas A Realistic Option?

Thousands of Americans leave the U.S. every year. Though their new international lifestyles and living spaces are vastly different, ex-pats such as Darling and Mukai share one thing in common: They wish they’d left sooner.

Whether you want to reduce your cost of living, escape political turmoil in the U.S. or explore life in a new destination, moving abroad is absolutely doable. But don’t underestimate the financial toll of leaving the U.S., and be sure to budget accordingly.