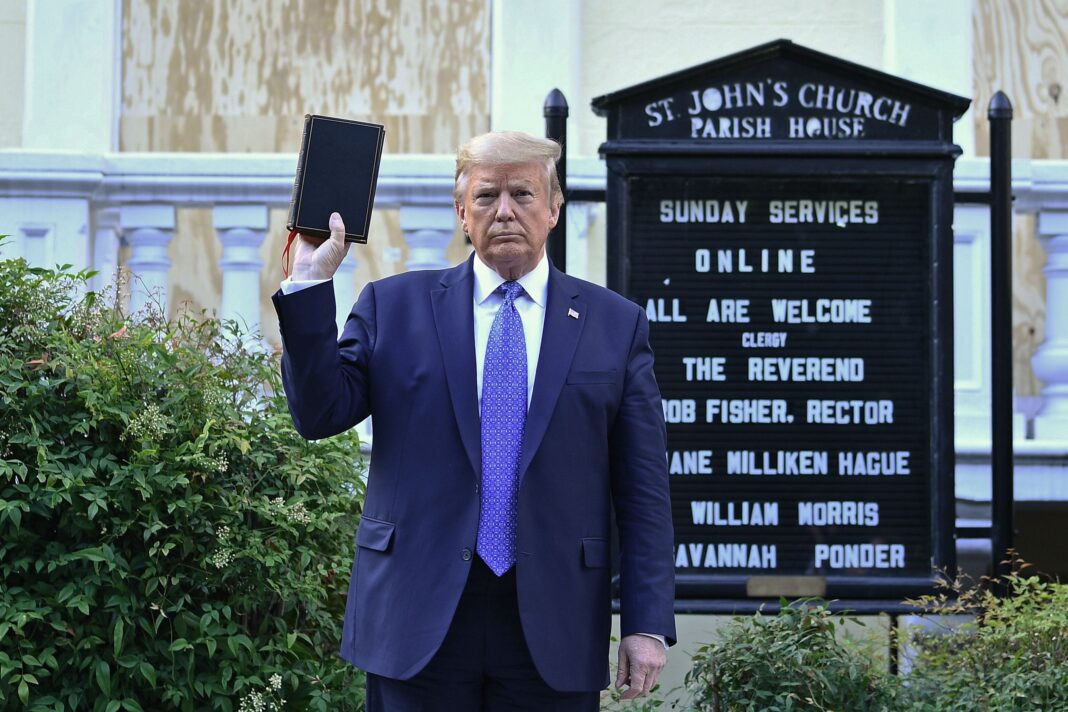 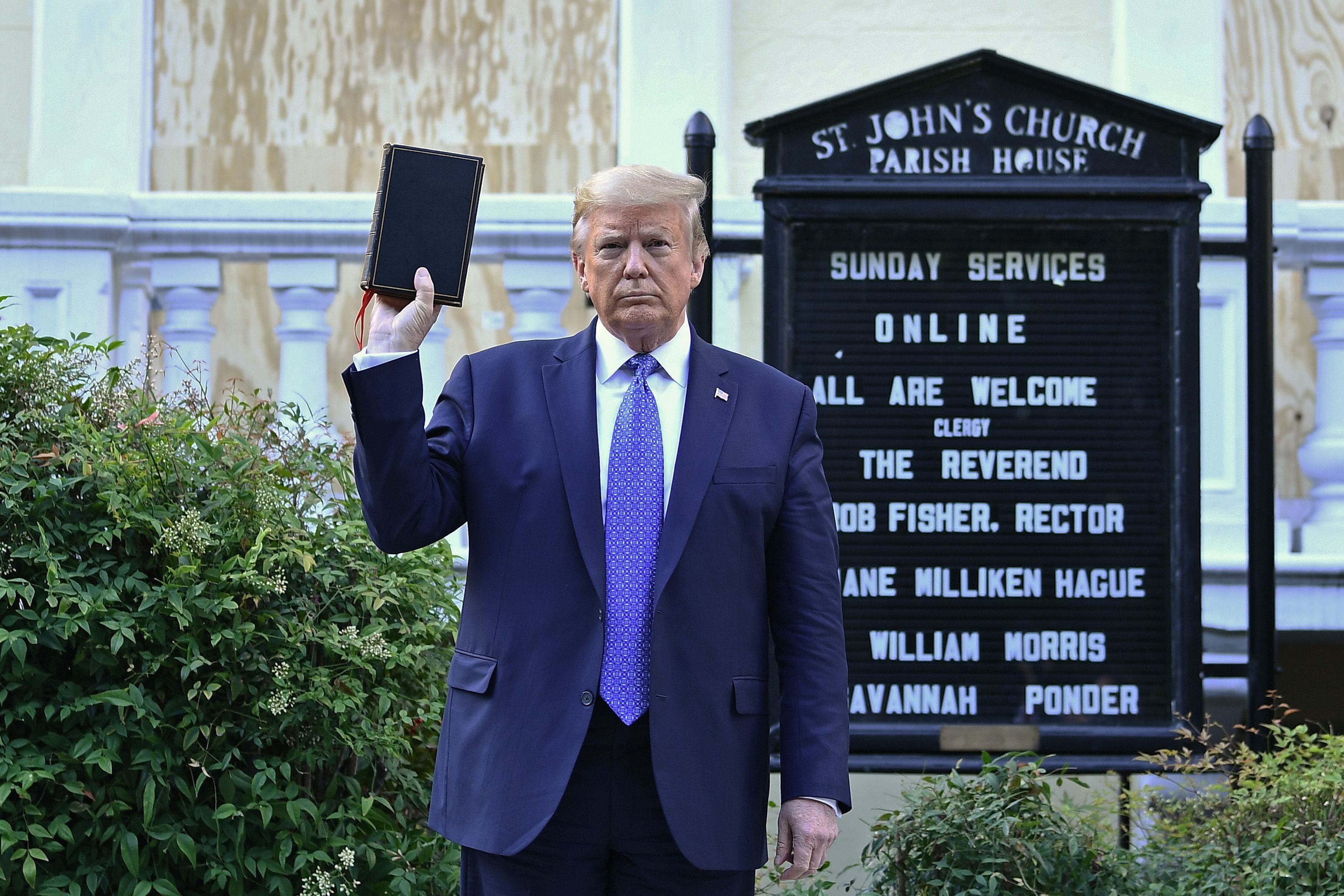 The Justice Department asked a federal judge on Friday to dismiss a lawsuit filed by the American Civil Liberties Union against former President Donald Trump for the violence against protesters a year ago at Lafayette Square in Washington, D.C.

Demonstrators protesting the police killing of George Floyd were brutally cleared from the space by law enforcement officers using stun grenades, pepper balls, tear gas and batons so that Trump could walk from the White House, across the square to St. John’s Episcopal Church, where he posed with a Bible for a photo op. The leader of the church was “outraged” it was used for the cynical stunt.

A National Guard major on the scene complained that officers used “excessive force” against protesters, and the Australian government called for an investigation after journalists from the nation were brutally beaten by police.

The ACLU quickly filed suit against Trump — as well as former Attorney General William Barr and other officials — on behalf of Black Lives Matter and individual protesters for the “unconstitutional” and “frankly criminal attack.” The suit argued that Trump and Barr unlawfully “conspired to deprive” the demonstrators of their civil rights.

But DOJ attorneys argued Friday that Trump and other officials are immune from lawsuits over police actions taken to protect a president. They also said further attacks on protesters are unlikely now that Trump is no longer president, The Washington Post reported. President Joe Biden and his administration do not share Trump’s hostility toward the racial justice movement, the DOJ noted.

ACLU lawyers shot back saying that the government’s defense would “authorize brutality with impunity” in the heart of the nation’s capital, where rights violations are particularly troubling.

If the government’s defense is upheld, it would excuse accountability for any offense, lawyers argued. In such a case, U.S. authorities “could have used live ammunition to clear the park, and nobody would have a claim against that as an assault on their constitutional rights,” said Scott Michelman, legal director for the ACLU in the District of Columbia, according to the Post.

ACLU attorney Randy Mastro argued that protesters were targeted by the Trump administration because of “their viewpoint, their message, their speech.” Trump, who shared a reference on Twitter calling the peaceful demonstrators “terrorists,” tweeted the day after the square was cleared: “Great job done by all. Overwhelming force. Domination.”

The “conduct here was so flagrantly unlawful and so obviously unconstitutional that it requires a remedy,” Mastro said. “We are here today, your honor, to do everything we can to see that nothing like this ever happens again in our country.”