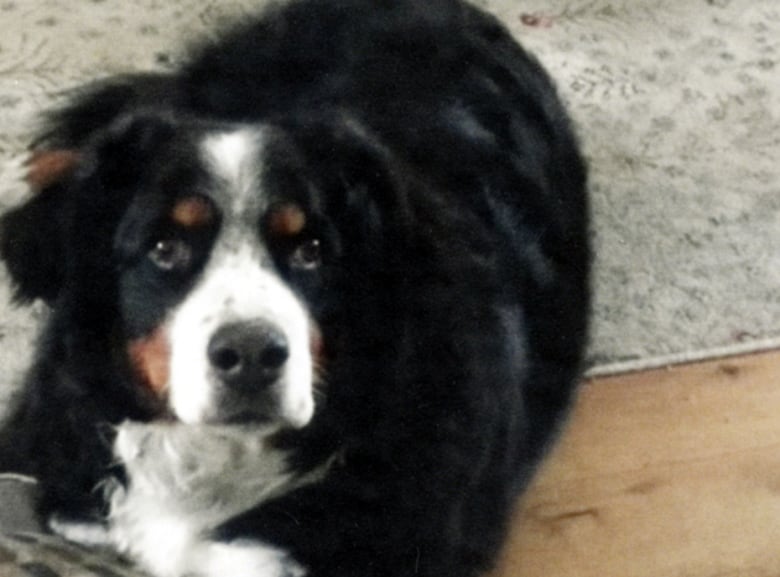 When Emma and Sean O’Farrell started to plan their family’s move from Toronto to England, there was no question their beloved dog, Scarlett, would come with them.

“Scarlett’s part of our family, it was never an option to leave her behind,” said Emma. “She was always coming with us.”

Air Canada policy says when larger pets — like Scarlett, a 40-kilogram Bernese mountain dog — fly internationally they must be booked through a third-party company that specializes in pet transportation, and which is approved by the International Pet and Animal Transportation Association (IPATA).

“It’s a huge expense,” said Emma. “It’s something you don’t take lightly as an owner.”

The IPATA requires that members take the utmost care with animals. WAT and Emma corresponded via email about medication Scarlett had to take for arthritis, which is common for the breed. All details were approved by the company ahead of time

But the Toronto family’s experience is a cautionary tale for anyone considering shipping their pet. Scarlett arrived in England unable to walk, and when her condition worsened over the coming days, the family’s new veterinarian there recommended she be put down.

Scarlett had a check-up prior to the trip, and was cleared for take-off. And although Emma acknowledges the journey may have simply been too much for an eight-year-old Bernese — the breed’s life expectancy is just seven to 10 years — she wants to warn other pet owners that there are risks associated with air travel.

She is not alleging any wrongdoing by WAT or the airline. But she says when she told WAT about Scarlett’s fate, and inquired about the dog’s condition at various stages of the journey, she was unhappy with the company’s response.

“There wasn’t a lot of sympathy, to be honest,” she said. “I can return an item to a store and receive better service and understanding.”

Go Public’s investigation shows that a number of bodies have rules about the humane treatment of animals in transit, including the International Air Transport Association, and the Canadian Food Inspection Agency, which said it follows the Health of Animals Act to cover the transport of “all animals into, within and leaving Canada, including pets.”

Once animals are delivered to an airline by a pet transportation service, the airline assumes responsibility for the pets’ well-being until they arrive at their destination. The cargo hold must be kept at a reasonable temperature, crates are secured and water is available.

After the seven-hour flight from Toronto to Heathrow Airport in London, Scarlett was examined by a government-appointed vet and her paperwork was checked. The vet noted in a report to Air Canada that she seemed somewhat “unsteady on her feet,” but no other health issues were flagged. The dog was cleared to enter the country.

A courier then took Scarlett some 160 kilometres to the O’Farrells’ new home in Worcester.

But the courier arrived with surprising information. When he’d picked up Scarlett at the airport, he’d been told she couldn’t walk.

“My husband carried Scarlett into the house,” said Emma.

She says she contacted WAT and was told it’s not uncommon for animals to need some time to recover from a long flight.

But as the days passed, the dog became less alert, according to Emma who, though still in Toronto, had FaceTime-ed with Scarlett several times, hoping the sound of her voice would perk her up.

Two weeks after the dog had been delivered to the Toronto airport, the difficult decision was made to have her euthanized. Scarlett’s new vet in the U.K. made no formal diagnosis of her diminished condition. But since she was crying in pain, it was concluded that the merciful course of action would be to put her down.

“I don’t think I ever believed when we put her in the back of the car going to the airport, that I would never, ever see her again,” said Emma. “I still find it hard to believe.”

When she notified WAT, Emma says a representative told her to speak to Air Canada.

“Air Canada was more sympathetic,” she said, noting that the airline sent a note of condolence on the loss of Scarlett, and shared information it had received from British authorities.

Co-owner Ruthy Peters says WAT has rarely had complaints in its 25 years of operation.

“I love animals with my whole heart, and if anything happened to the dog, we would want to know in a second, and we would not stop at anything to find out what happened,” she said.

Peters also expressed doubt about the O’Farrells’ experience, because they had not provided the company with a report from the vet who euthanized Scarlett, as WAT had requested.

“The only thing we know is that Scarlett was diagnosed with arthritis prior to the owners choosing to relocate her. The arthritis was severe enough that she required pain medication, was unsteady on her legs, and had trouble walking. Scarlett was tendered to the airline, she flew, and arrived safely at London Heathrow Airport,” she wrote in an email to Go Public.

Peters added that Scarlett couldn’t have been overly distressed after the flight, given that the Heathrow Animal Reception Centre waved her through the entry process. Animals with severe health issues are not admitted to the country. The centre did not reply to Go Public’s inquiries about documentation related to the case.

“Without the vet documents we are not able to offer her owners any kind of ‘compassionate compensation’ or to help them,” Peters wrote.

Emma has the report, from the vet in Worcester, which indicates Scarlett was unable to stand and appeared to be suffering. But she didn’t want it forwarded to WAT because, she alleges, co-owner Bruno Mansueto had been unsympathetic.

“From day one, Bruno showed no real care that we lost Scarlett,” she said.

A Toronto woman wants answers from a Vancouver-based pet transportation company after paying $4,800 to transport the family dog to England. When the dog arrived overseas, it was unable to walk and had to be put down shortly after the trip. 2:08

She was offended that Mansueto asked if the family would request a post-mortem examination of Scarlett, known as a necroscopy when conducted on animals.

“That was the last straw,” she said. “He has shown us no empathy, so I will give him nothing more from Scarlett as she needs to rest in peace.”

Peters insists that she and her partner are only interested in understanding what happened to their client’s dog, and that her decline is unrelated to the company’s services.

“I suspect that Scarlett’s issue may have been caused by something entirely different,” she wrote.

Angela Passman, a board member with the IPATA said the organization has member companies in nearly 90 countries, serving over 700 airports, and that problems are rare.

“There’s only a handful of incidents,” she said, in an interview from Dallas, noting that according to IPATA’s records, 2.2 million animals fly in a typical year. She said complaints can be forwarded to the organization’s ethics committee, and if an investigation shows that rules were breached, members can be suspended.

Asked about the $4,800 charge, Passman said “fees can be pretty high, to be honest, but look at everything that’s included in this. We need export documentation, reports from vets, and the booking is usually not a one-step process.”

Emma wants pet owners to realize that, ultimately, they need to decide what level of risk they’ll accept for their animal because, in the event of misfortune, there can be few answers and little comfort.

She says — because WAT raised the matter of Scarlett’s age and arthritis after she’d died — that the company perhaps should have declined transporting her.

“[They] didn’t say ‘Oh, by the way, we see she’s got arthritis, we see she’s eight years old, we’d rather not take Scarlett,'” she said.

The O’Farrells are still grieving their loss, and unsure what caused their pet’s health to decline so dramatically after her flight.

“In our new house, Scarlett’s leash is on a hook,” Emma said. “Her ashes are beside my three sons’ photos. Her bed is still under my son’s bed.”