Does the Trudeau government have a plan to end the pandemic economy? 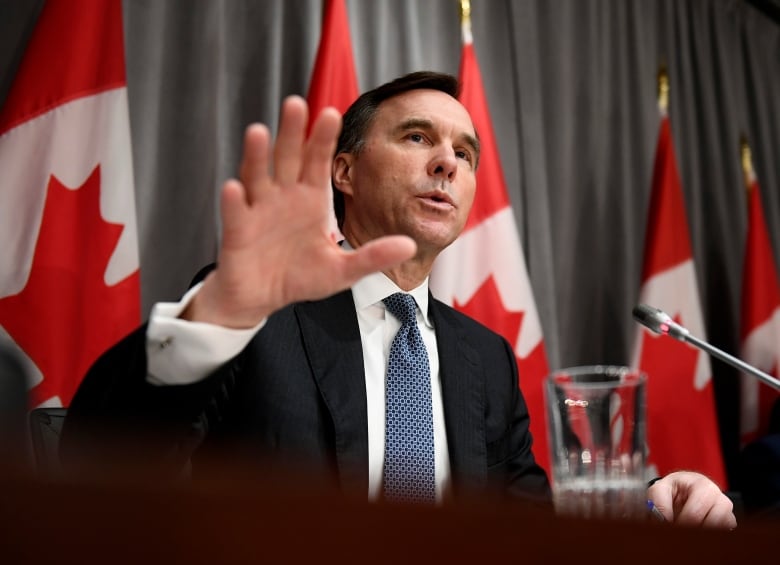 In a normal year, the federal government tables a budget in the spring and then an economic statement or fiscal update in the fall.

But this is not a normal year. The budget that was supposed to be presented in March was pushed back and then completely swamped by the first wave of COVID-19, the economic shutdown that resulted and the federal aid that soon followed.

Some opposition MPs and economists subsequently pushed for a fiscal update. The Liberal government contended, with some justification, that making long-term projections in a time of such incredible uncertainty would be — to use Prime Minister Justin Trudeau’s words — “an exercise in invention and imagination.”

What’s being released this afternoon is being described instead as a fiscal “snapshot” — a status report on where things stand after four months of the pandemic.

It should provide some insight into what the last four months have meant for the federal government’s balance sheet and Canada’s economy. Ideally, it also would offer some sense of what the future might look like — at least the near future.

The deficit is going to be alarming

Finance Minister Bill Morneau’s presentation is not expected to offer new policy announcements, but it could further quantify both the economic disruption and the government’s response to that shock. That undoubtedly will include the projection of a large deficit for the current fiscal year.

The exact number might be new, but it’s already clear that the deficit likely will be in excess of $250 billion.

Last fall, months before the first cases of COVID-19 were detected in China, Morneau projected that the deficit for 2020-2021 would be $28.1 billion. Since then, a lot has changed.

This spring’s pause in economic activity and employment meant a drop in the revenue the government receives from taxes. Meanwhile, more money has been going out in the form of government support measures to help individuals and businesses get through the shutdown.

Since April, the Liberal government has provided bi-weekly updates on its relief spending to the finance committee of the House of Commons. The most recent tally, provided on June 25, showed $174.1 billion in direct support for individuals and businesses and $19.4 billion in federal funding for health and safety measures.

The office of the Parliamentary Budget Officer also has provided a regularly updated “scenario analysis” that projects the broad economic and fiscal implications. In its most recent analysis, released on June 18, the PBO projected a deficit of $256 billion for 2020-2021.

As a percentage of Canada’s GDP, a deficit of that size would be the largest for the federal government since the Second World War.

There has been little to no debate about the need to spend the money on emergency relief; if anything, the Liberals have been under political pressure to spend more and faster. Recent analysis by Scotiabank found that failing to provide that relief would have led to much worse economic results and an only slightly lower level of federal debt.

But after any deficit-related sticker shock wears off, the next question will be how well the government is positioned to manage that accumulated debt.

Governments are not like households — a government can effectively carry debt in perpetuity — so their primary goal is to manage that debt rather than pay it off outright. Most of the fiscal analysis of government debt focuses on its size in comparison to the national economy.

The PBO estimated that the federal debt-to-GDP ratio will reach 44.4 per cent, while Scotiabank projects that the ratio will be closer to 48 per cent.

It’s bad — but it’s been worse

Either number would be a significant increase over what Morneau projected last fall, when the Liberals forecast a debt-to-GDP ratio of 31 per cent in 2020-2021, declining annually thereafter.

But something around 45 per cent also would still be well below Canada’s historic peak of 66.6 per cent back in 1995-1996. That debt ratio, coupled with high interest rates and nervous international markets, led Jean Chrétien’s government to make drastic cuts to balance the budget and get the national debt under better control.

If the federal debt-to-GDP does increase to 45 per cent, it will be back to where it was in 2001.

But the fiscal story of COVID-19 will be only partly about what has happened over the last four months. It also will be about what happens over the next few months — and then several years after that.

Where do we go from here?

It’s not clear how far into the future the Liberal government is willing to look, but there are a number of questions it could start trying to answer.

What are the potential pathways for economic recovery? How much longer might the temporary relief measures be needed? How much more new spending might be necessary? And how does Morneau see the recovery and the debt being managed?

“There will be significant unemployment across Canada for the duration of the recovery,” Rebekah Young, director of fiscal and provincial economics at Scotiabank, told CBC’s Power & Politics on Tuesday.

“The [employment insurance system] was not and is not sufficient to cover all Canadians that will be out of work, but the [Canadian Emergency Response Benefit] clearly is too expensive for that duration. So I think … we would like to see some signals that they have a plan for the next 18 months in terms of addressing his persistent shock that the economy will be facing.”

In an email, Young said she thinks Wednesday’s “snapshot” could set up a fall budget that lays out longer-term plans.

“In addition to an updated statement of transactions, the country needs a fiscal plan from the federal government,” said Kevin Page, the former parliamentary budget officer who is now president of the Institute of Fiscal Studies and Democracy at the University of Ottawa. “We need a fiscal plan to understand what role federal fiscal policy will play to support the recovery.”

Finance officials might be quick to note the unprecedented amount of uncertainty at the moment, but Page said a plan could be debated and adjusted.

“A ‘snapshot’ that is only backward-looking would be a major missed opportunity,” he said.

In the midst of managing a national response to a pandemic, it’s important to not get ahead of yourself — to focus on the crisis in the here and now.

But sooner or later, the federal government will need to confront the future.