Wowplus
Home World News Canada news Does it get more Canadian than a Zamboni in a ditch? 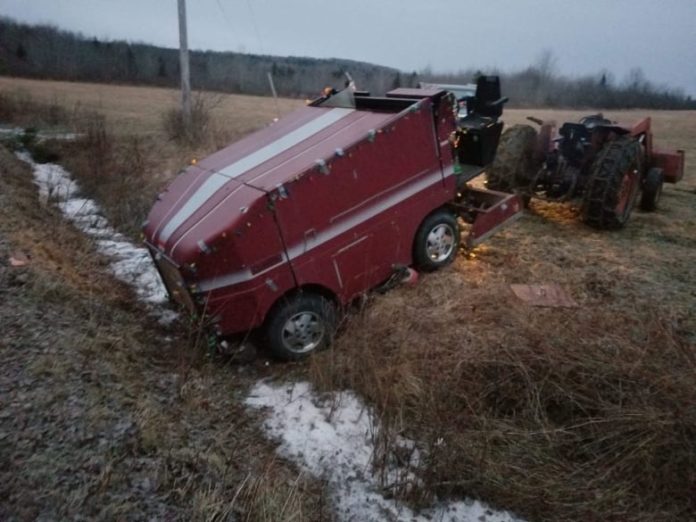 The owner of a Zamboni that was the subject of a widely shared photo on social media Monday says the machine still works after strong winds pushed it into a ditch overnight.

Jake Ross of Lower Burlington, N.S., about 80 kilometres northwest of Halifax, said the ice resurfacing machine had been in front of his home decorated with Christmas lights before it ended up in the ditch about “500 or 600 feet” from his house.

“Who would have thought that a windstorm was so bad that it would have blown a Zamboni across the field?” Ross told CBC News.

Sunday and overnight into Monday, a wet and wild winter storm blew through the province, bringing with it high winds, freezing rain, blowing snow and plenty of ice. 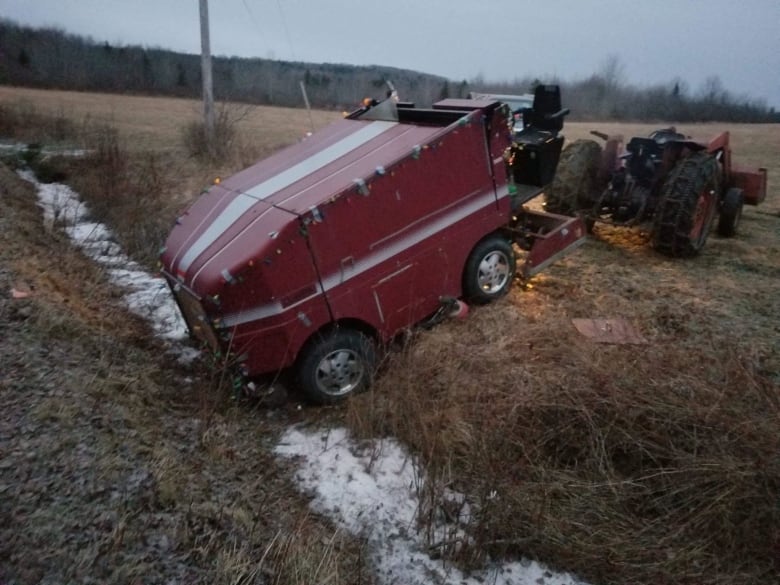 Jake Ross, the owner of the Zamboni, decorated it with string lights for Christmas. (Submitted by Jake Ross)

On Monday morning, Ajay Henderson was driving on New Cheverie Road with a colleague from GFL Environmental when the fugitive Zamboni caught his eye.

“It’s just one of those things that once you see it, you can’t unsee it,” Henderson said.

Henderson snapped a picture of the scene and posted it to Facebook.

“Of course I had to look at it, like, that is the most Canadian thing ever — a Zamboni in the ditch. There’s not a hockey rink in sight,” Henderson said.

From there, it spread quickly.

The photo even caught the attention of American comedian Larry the Cable Guy, who shared it with his five million followers with the caption: “You guys in Canada sure know how to party ….”

With the help of a friend, Ross was able to pull the Zamboni out of the ditch after work on Monday.

He said he’s had the Zamboni for a while and plans to modify it for another use some time in the future. For the past few years, he’s had it on his lawn with string lights attached to it to serve as a Christmas decoration.

“People get a kick out of it,” Ross said.

He said he’s glad the Zamboni didn’t hit anybody and people are able to find the humour in the situation.

“I think it’s pretty great. You know, it’s always good to hear something good on the news and being shared around, so I can’t complain that way,” Ross said.

Bombardier to lay off 2,500 aviation workers amid COVID-19 struggles

Personal bankruptcies fell to record low in April, but could be poised to soar