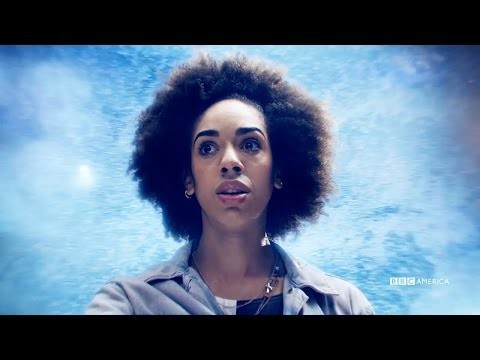 The regeneration has begun!

Or at least something has begun, making the wait for the annual Doctor Who Christmas special all the more difficult.

Tonight’s finale not only gave Bill Potts (Pearl Mackie) a possible ending, but it set up one hell of a team up in the Christmas special, thanks to the surprise appearance of David Bradley as the first Doctor. (The first doctor was originally played by William Hartnell, but Bradley played Hartnell in the TV movie An Adventure in Space and Time.)

For one of his last adventures, Peter Capaldi‘s Doctor battled the Cybermen on a 400 mile long ship and won, obviously, though not without sort of dying first, after a bit of a showdown with the Masters. Missy (Michelle Gomez) and the Master (John Simm) ended up destroying each other, but it was so worth it to see them come face to face.

Bill, fortunately, won’t be forced to live as a Cyberman for the rest of her life. She was “saved” in some way by puddle girl (Stephanie Hyam, from this season’s premiere), who was able to find her thanks to the tears she gave her. Don’t ask us to understand how that works, but after Bill carried the dying Doctor back to the Tardis, she and puddle girl were free to explore the stars together.

Whether this is the end of Bill’s story on Doctor Who is unclear, since a new Doctor and a new showrunner will be taking over next season, but we kind of hope not. Bill has been a fantastic companion, but this story felt short.

Once the Doctor was back in the Tardis, the regeneration began. He fought it desperately, recalling former companions and reenacting some of his former regenerations (“I don’t want to go!”). Suddenly, everything stopped, and he emerged from the Tardis into the snow. A figure appeared, and there was the first Doctor, ready for whatever’s happening in the Christmas special.

Tonight’s finale was also filled with jokes and references about the timelords’ lack of gender, to the point where if the Doctor’s next regeneration isn’t a woman (or at least something other than a quirky white man), it’s going to be hard not to feel a little disappointed.

What did you think? Who’s your pick for the next Doctor? Sound off in the comments!

Doctor Who will return for a Christmas special in December.