Do your homework on who’s running for school board trustees, say researchers and candidates 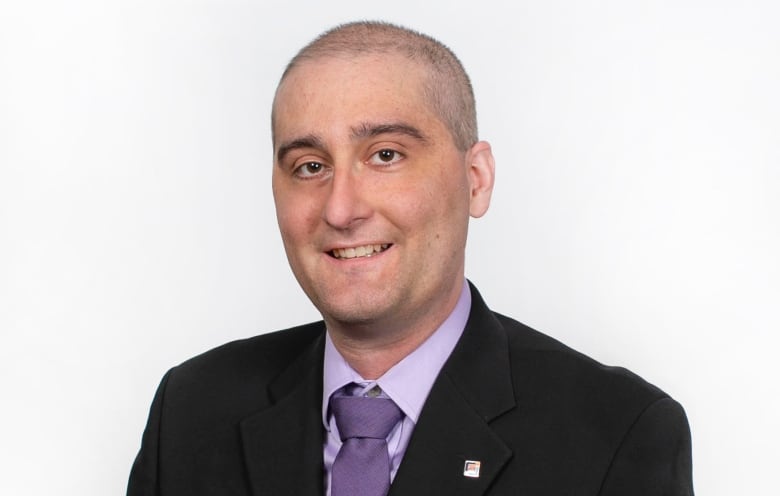 When it comes to the coming school board trustee elections, Kate Belair of Wellesley, Ont., hopes people do their homework on the candidates.

“We have somebody running for school board trustee who doesn’t seem to be very inclusive,” she said in an interview in the village ahead of Ontario’s Monday, Oct. 24, municipal election.

“He’s going to be in a situation where he could impact our children’s education, and that’s scary because we want our community to be inclusive and diverse, and that doesn’t seem to be his policy.”

Belair said it’s her top concern in this municipal election and she hopes to hear from more people in the race.

“Just to sort of counter that, so we know we have our values [represented] for the school board trustee position,” she said. “Our number one concern right now is making sure he does not get a seat on the school board.”

Belair isn’t the only one worried about the priorities of candidates running for school board trustee. Ben and Jerry’s Canada, the ice cream manufacturer, issued a statement on Twitter this week telling people to pay attention to their local races.

The company says it has concerns about “far-right” candidates in races across Canada over the next few months. There are municipal elections in seven provinces and territories between Oct. 15 and Nov. 7.

“Make sure your school board prioritizes the well-being of all children, regardless of race, gender or sexuality,” Ben and Jerry’s statement says.

While one person who tweeted at the company told them to “stick to ice cream,” it’s not unusual for Ben and Jerry’s to make such comments.

The company notes on its website it has been known for supporting other movements, such as racial justice, LGBTQ rights, marriage equality and land rights in both Canada and the U.S.

Many don’t have ‘clear concept’ of trustee role

All voters can cast a ballot for school board trustees, whether or not they have a child in school. Anthony Piscitelli said that’s one of the important reasons to pay attention to who is running in trustee elections.

Piscitelli is a professor in the public service program at Conestoga College, a former trustee with the Waterloo Catholic District School Board, and has done research on public expectations of school board trustees.

Piscitelli published a paper online in February in the Canadian Journal of Educational Administration and Policy, along with Andrea Perrella, a Wilfrid Laurier University political science associate professor, and doctoral researcher Adam Payler from the University of Birmingham in England.

The study found many people don’t understand the role of a school board trustee.

“Indeed, it is clear that about a third of respondents do not have a clear concept of what trustees do,” the study says.

Piscitelli said trustees are vital in getting information to the public, largely parents of children in the school system. Tasks range from helping parents get answers to some questions they may have, to taking concerns from one or more parents to the board for a larger discussion on whether a policy needs to be changed.

It’s work often unrecognized by the general public, he said.

“School board trustees, school boards don’t just don’t get that much media attention typically,” he said. “A lot of the work they’re doing is a little more quieter. But those strategic directions and deciding what to focus on is hugely influential.”

Cathy Abraham is a trustee in the Kawartha Pine Ridge District School Board who’s seeking re-election. She’s also been president of the Ontario Public School Boards’ Association since 2018.

She said trustees approve every policy in a school board.

“We have three main responsibilities: hire the director, do the budget and do policy,” she said.

Policies could include approving a new dress code for students or deciding whether the Pride flag will be flown outside schools, she said.

Other examples include when, in 2019, the province told school boards they had to develop a policy that would allow parents to ask for their child to be exempted from learning about human development and sexual health education.

At the time, not all boards had a policy that would allow parents to opt out their children.

As another example, in June 2021, Waterloo Region District School Board trustees voted to remove police school resource officers from schools.

Trustees can have a big impact on the culture of schools in a community, Abraham said.

That’s why she’s concerned about some of the rhetoric she’s hearing from candidates in this election.

She said a recent email accused her of “trying to convince little boys that they’re all little girls.”

“And I’m like, what are you talking about? And these things don’t happen. It just doesn’t happen,” she said.

‘Draw your own conclusions’

On the other hand, some people say they’re running for school trustee because they want to get politics and certain ideologies they feel are being pushed on students out of the education system — issues like LGBTQ issues and racism.

Peter Wallace started the website Blueprint for Canada and is running for a trustee position with the Trillium Lakelands District School Board in Kawartha Lakes, Ont.

He said he wanted to create a platform others might want to run on as well. He launched the trustee platform in June and has made tweaks as he’s received feedback.

“The platform was developed for school board trustee candidates, anybody that might want to endorse the platform either fully or partially at their discretion and also to educate parents about some of the issues,” he said in an interview with CBC News.

Blueprint for Canada calls on parents and trustees to speak out about what they call “extremist ideology” in the classroom.

It’s not the only website with that message — Vote Against Woke says it wants to help voters find “non-woke” candidates to support. The website defines woke as a term “popularized by progressive activists who saw themselves as having (metaphorically) awakened to bold new insights about the racism, sexism, homophobia, and transphobia that supposedly contaminate every corner of western societies.”

Wallace said while he’s seen a lot of support for the platform on social media, Blueprint for Canada has also received some criticism.

“The only criticisms that we’ve received really have had to do with our policies regarding [educational programs about] gender affirming care for minors, which we oppose because we don’t feel that minors have the life experience or the maturity to make those kinds of decisions,” he said.

Wallace said he believes it appeals to “centrist moderate Canadians,” but encourages people to, “Look at the platform, draw their own conclusions.”

How to tell if a candidate supports a platform

When a candidate has been endorsed by a group — such as the ones listed above, a teachers’ union, labour council or grassroots community organization — the candidate and the group offering the endorsements will often also share that information on social media and their websites. Those endorsements can also educate voters about the candidates and where they may stand on particular issues.

Voters who aren’t sure where a candidate stands on issues can also contact them directly, either by phone or email.

All municipalities have a municipal election section on their websites that will list candidates’ names and, if the candidates have provided it, contact information.

Perrella, who worked with Piscitelli on the research into school boards, said it’s important people take a few minutes before the Oct. 24 election to look into the candidates for school board trustee in their area.

“A lot of people can say, well, I don’t have kids in school. Should I care? Well, we’re all members of society and a very important part of advancing society is making sure that we produce or we graduate students that are well educated,” he told CBC London’s Afternoon Drive host, Allison Devereaux.

“We have a say in that. So it’s part of our democratic process and it’s part of our membership to this society that we make sure that we have good representatives keeping things running properly.”