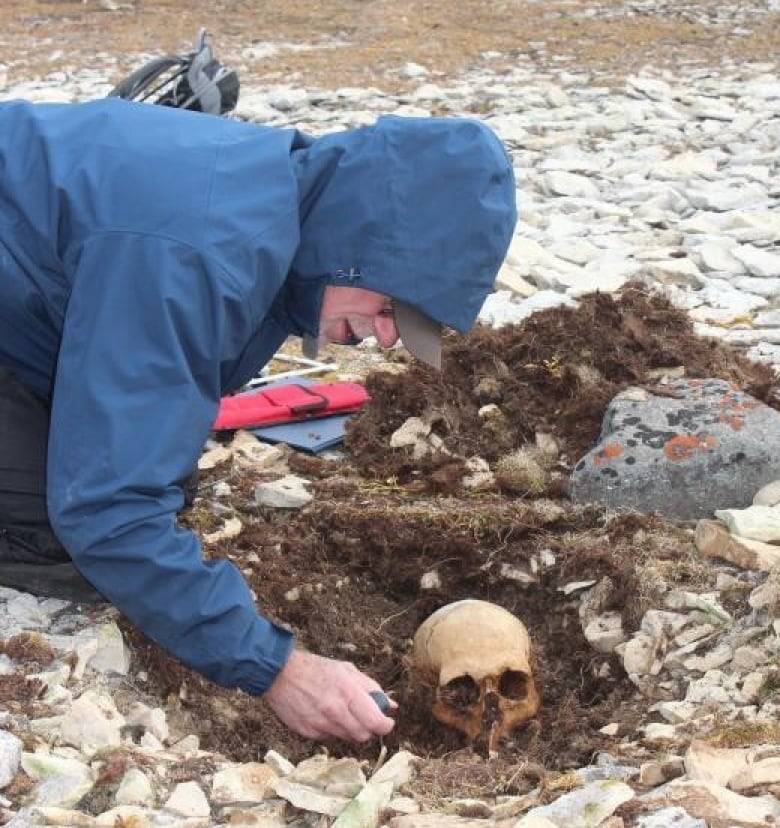 When Sir John Franklin, two ships and some 130 sailors left a British port in 1845, they hoped to successfully navigate the fabled Northwest Passage through the Canadian Arctic and into the Pacific Ocean.

Last spotted in Baffin Bay later that year, the ships disappeared and every crew member perished. The expedition reportedly resulted in the greatest loss of life event in the history of polar exploration, and left more questions than answers about what happened.

But 176 years later, a DNA match has identified the skeletal remains of a sailor aboard HMS Erebus as Warrant Officer John Gregory, the first time genetics have been used to name any of the officers and crew.

In a study recently published in the Polar Record journal, scientists said the discovery provides clues about the final movements of the Franklin expeditioners.

“We now know that John Gregory was one of three expedition personnel who died at this particular site, located at Erebus Bay on the southwest shore of King William Island,” said Douglas Stenton, an adjunct professor of anthropology at the University of Waterloo in Ontario and co-author of the study.

Since the mid-19th century, the skeletal remains of dozens of crew members had been found on King William Island, but none had been positively identified.

“The identification proves that Gregory survived three years locked in the ice on board HMS Erebus. But he perished 75 kilometres south,” added archeology anthropology professor Robert Park, co-author of the paper who’s also at the University of Waterloo.

The remains of Gregory and two others were first discovered in 1859 and buried in 1879, before being rediscovered in 1993 and excavated two decades later to extract DNA samples. To date, the DNA of 27 members of the Franklin Expedition have been extracted, yielding important information about their estimated health, stature and age at death, according to a news release.

Stephen Fratpietro, the self-described DNA guy with Paleo-DNA lab at Thunder Bay’s Lakehead University and another author of the study, was present when the DNA matched with a sample from one of Gregory’s living relatives.

“I had to double check my results because up to that point, I think we tested 16 or 17 individuals and we hadn’t had any matches at all,” said Fratpietro.

Since 2013, Fratpietro and his team have been working with remains of crew on the Franklin Expedition to develop a database of different DNA profiles. Meanwhile, a genealogy team has been trying to “scout out possible living descendants” of the original expeditioners, and ask them to donate DNA to help identify other remains.

“Having John Gregory’s remains being the first to be identified via genetic analysis is an incredible day for our family, as well as all those interested in the ill-fated Franklin expedition,” Jonathan said in a release.

Fratpietro said this discovery gives the research team hope they’ll identify the remains of the 26 others, and help answer the questions shrouding the centuries-old mystery.

“We want to know what happened, what killed them, how they moved, why were some remains found in this part of the Arctic … just basically, what happened in those years where they were all stuck in the ice.”