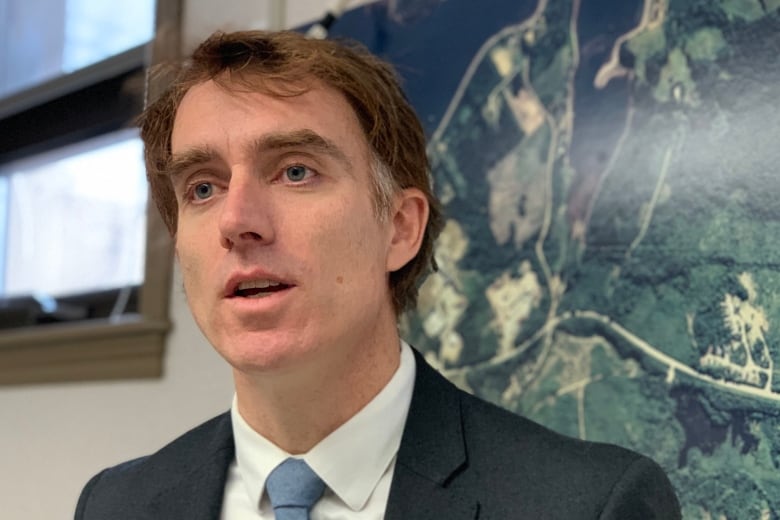 The military psychiatrist to first treat Lionel Desmond after he was released from the military said the veteran’s post-traumatic stress disorder included dissociative events that would send him back to Afghanistan for minutes at a time.

Dr. Anthony Njoku, who testified Friday at the fatality inquiry in Nova Scotia, described Desmond’s PTSD as severe when they met in 2015 and said he felt from the beginning Desmond would benefit from in-patient treatment.

Before getting to a place where Desmond could relive and confront his trauma in therapy, he needed to be stabilized — getting his drinking under control, sleeping better and learning techniques to calm himself.

“He tells me that seeing people in military attire, hearing the sound of gunfire from [the] shooting range, or an overflying aircraft all make him more agitated, aggressive and angry,” Njoku wrote in his assessment.

The psychiatrist testified he expected Desmond would have had more insight into his triggers and developed coping mechanisms, given his more than three years of psychiatric treatment in the military.

The fact that he couldn’t self-soothe concerned Njoku, he said. Njoku testified he wasn’t sure that Desmond would be able to focus on his treatment at the Occupational Stress Injury (OSI) Clinic in Fredericton, saying he clearly had stresses within the community, which is located about 26 minutes northwest of Canadian Forces Base Gagetown.

The assessment took place in 2015, about a year and a half before Desmond killed his wife, Shanna; his 10-year-old daughter, Aaliyah; and his mother, Brenda, before turning the gun on himself at a home in Upper Big Tracadie, N.S.

Dr. Mathieu Murgatroyd, Desmond’s psychologist at the OSI Clinic, testified Thursday the veteran went weeks or months without seeing his psychologist or psychiatrist, even though they wanted to see him more regularly.

This was largely due to the fact Desmond was only living part time in Fredericton and spent the rest of his time with his family in Nova Scotia’s Guysborough County.

Adam Rodgers, the lawyer for Desmond’s estate, said the testimony underscored the importance of supporting veterans who may have been deployed in one area but have a home somewhere else. Desmond’s transience wasn’t unique among recently retired soldiers, Rodgers noted.

“For somebody who is going through PTSD symptoms, the bureaucracy and the complexity of dealing with multiple jurisdictions can be very difficult,” he said.

“So for someone having to deal with appointments, medical care, prescriptions — all of these things from multiple sources in a team approach, like Cpl. Desmond was — you absolutely need somebody that’s there looking out for you, helping to co-ordinate the care for you.”

Njoku’s notes indicated that he’d recommended Desmond get a clinical case manager through Veterans Affairs Canada. It’s unclear why that never happened, but Njoku testified that it’s likely because Desmond was moving between different places.

In January 2016, Desmond’s wife and daughter accompanied him to an appointment with Njoku, who described them Friday as a loving family.

Njoku said after seeing the care Desmond’s wife exhibited, he believed some of the relationship complaints the veteran had shared were likely the result of paranoia and hypervigilance.

The psychiatrist said he felt reassured about the marriage.

“This was a family. This was a wife who was just as caring, who was just as interested in his well-being and who was wanting to know about his treatment,” said Njoku. “His daughter was there, interactions seemed entirely appropriate, entirely loving.

“So it’s probably the worst moment of this entire thing.”

Njoku broke off his testimony at that moment, overcome at his description of a loving family before the fatal shootings on Jan. 3, 2017.

The inquiry in Port Hawkesbury is scheduled to continue hearing from witnesses Tuesday. It’s expected the inquiry will hear from the clinicians at Ste. Anne’s Hospital near Montreal, where Desmond went for in-patient therapy in May 2016.