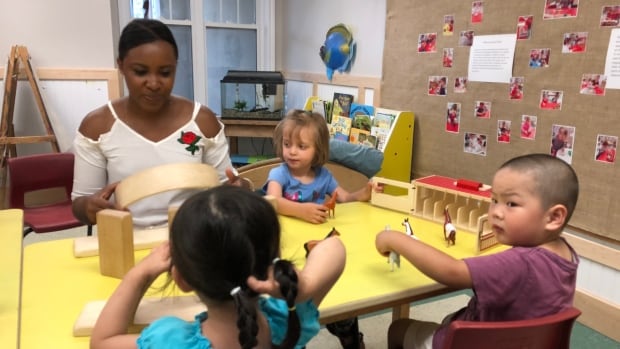 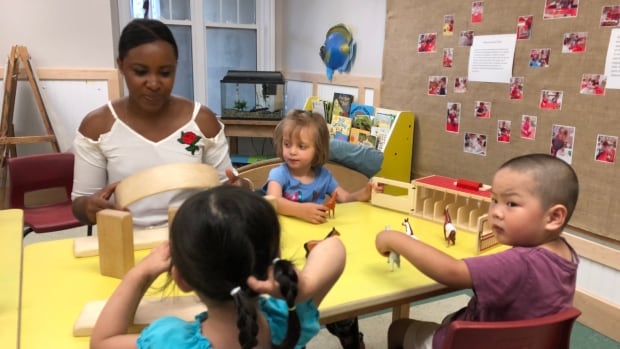 New data from Statistics Canada shows nearly one in 10 parents of children under six have had to change their work schedule due to a lack of available child care.

Another seven per cent have had to reduce their hours, and six per cent have postponed their return to work when they couldn’t find care, according to the 2019 Survey on Early Learning and Child Care Arrangements released Wednesday.

About 60 per cent of Canadian children under six — 1.4 million — participate in some kind of formal or informal child care, encompassing everything from care provided by a relative to early childhood education centres.

“One of the reasons for conducting the survey was to look specifically at whether or not parents were having difficulties [finding child care] and what some of those difficulties might be,” said Leanne Findlay, a senior research analyst with Statistics Canada and lead author of the report.

About one third of survey respondents said they’ve had difficulty finding child care.

The survey was conducted in January and February through online and telephone surveys of the parents or guardians of 7,548 children.

Contrary to what some may expect given Canada’s parental leave policies, which allow for up to 18 months off from work with a modest income from employment insurance, the report found that nearly a quarter of infants — those under one year old — are in child care.

It holds women back but it really is holding our economy back.– Lisa Durante, working parent consultant

It also found that among those parents whose children were not in child care, 10 per cent said it was because the cost was too high.

A quick read of the data might suggest a good news picture where the majority of families are finding the care they need.

But the incidence of difficulty landing quality, affordable care represents a significant drag on the economy, said Lisa Durante, a consultant on working parents with LDI Consulting in Toronto. Durante helps organizations manage their employees as they head out on leave and return as working parents so that they can successfully navigate those transitions.

“It holds women back but it really is holding our economy back,” said Durante, who notes that women represent a slight majority of people who are graduating from university, including from prestigious programs such as law school in many provinces.

Given that around 75 per cent of women decide to have children, Canada loses out on a lot of talent when a portion of those women can’t easily find the child care they need to return to work, Durante said.

The report found a significantly higher portion of children under the age of six are in child care in Quebec, where a universal program has made strides in improving workplace participation by mothers — 78.2 per cent compared to a national average of 59.9 per cent.

“We have a shrinking labour market, and that is why both government and businesses need to solve this problem,” said Durante. “There has to be a solution if everyone is serious about getting more women at work and really winning that war for talent.”