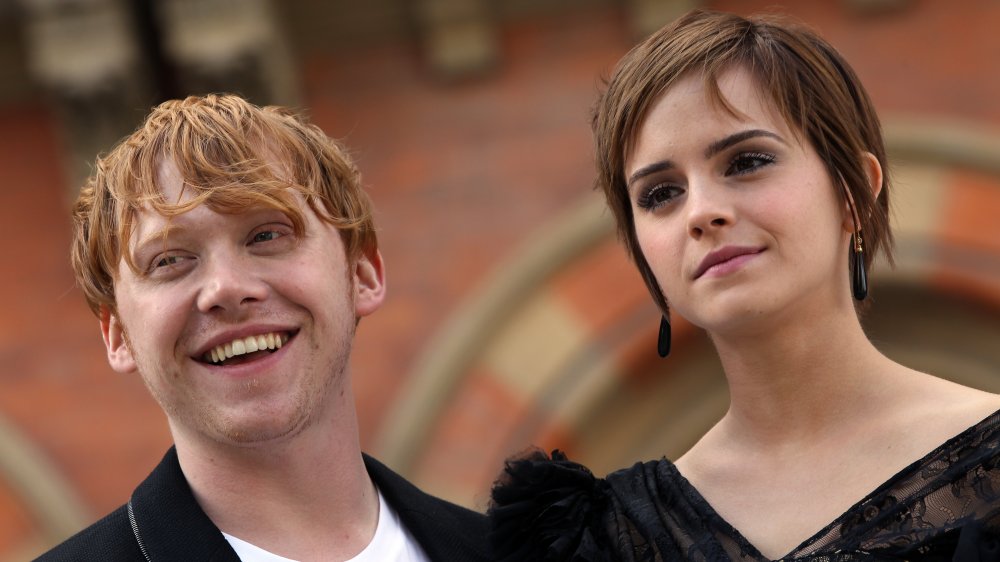 Both Matthew Lewis and Tom Felton — who played Neville Longbottom and Draco Malfoy in the Harry Potter films, respectively — came to support Emma Watson at the Beauty and the Beast Los Angeles premiere in 2017, but Rupert Grint was also very excited to see his former co-star and friend play a Disney princess. “Yeah, it’s amazing,” Grint told USA Today when speaking about Watson’s role as Belle, adding that he was looking forward to seeing it at the time.

Over the years, the whole cast, including Daniel Radcliffe (who played Harry Potter, of course), Watson, Grint, Felton and Lewis have proven that growing up together from a young age on the Harry Potter film set has bonded them for life. In fact, their random reunions frequently get fans buzzing. Whether it’s Watson and Felton hanging out at the beach, or it’s Grint wearing an “I love Tom Felton” tee to a premiere, these actors clearly have a soft spot for one another. Plus, no matter how often they see each other, or how frequent they text, the Harry Potter kids are aware of how special their friendships are.

“We got on, me, Rupert, and Emma, and all the young cast got on really, really well on the films,” Radcliffe revealed during a 2019 episode of Wired’s The Web’s Most Searched Questions. “I think there is a thing where kind of everyone wants us to be best friends outside of the franchise. There’s always going to be a recognition that only really the three of us have been through that very specific thing and I think that’s gonna join us forever.”