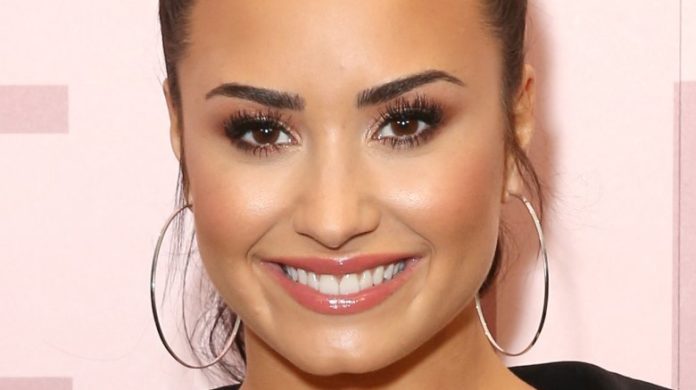 On Friday, Jan. 25, 2019, the “Tell Me You Love Me” hitmaker took to her Instagram Stories to celebrate six months of sobriety after suffering an apparent drug overdose last summer.

Lovato shared a snapshot of herself holding a sobriety coin with her 70.9 million followers to mark the occasion, which she captioned with multiple prayer hands emojis. A follow-up post featured a slice of Funfetti cake paired with a sweet note from the Disney Channel alum’s team, which read, “Happy 6. Mo. We are so f**king proud of you!” In the caption, Lovato simply wrote, “Best day ever.”

As fans may remember, Lovato has long been open about her history of drug and alcohol abuse. As Nicki Swift previously reported, the 26-year-old was hospitalized in Los Angeles following an alleged overdose at her home. After completing a three-month stint in rehab, she’s remained focused on her sobriety while reportedly dating designer Henry Alexander Levy.

On New Year’s Eve 2018, the “Skyscraper” singer reflected on the past year of her life, writing on her Instagram Stories, “So grateful for the lessons I’ve learned this year. I will never take another day in life for granted, even the bad ones.” Lovato added, “Thankful for my fans, friends, family and everyone who supported me throughout this year. God bless.”

A number of other celebs have shared updates on their own journey toward sobriety in recent months, including Jersey Shore star Mike “The Situation” Sorrentino. Following a longtime battle with prescription medication, drug, and alcohol addiction, the reality TV star announced that he was three years of sober in late December 2018. While teaming up with the Discovery Institute for Addictive Disorders in New Jersey, Sorrentino opened up about maintaining his sobriety. “I was actually a bit insecure,” the 36-year-old MTV star, who’s currently serving eight months behind bars for tax fraud, revealed. “I was known to be, you know, one of the bigger partiers on Jersey Shore. I told myself, you know, I’m going to have to continue to challenge myself in my recovery.”