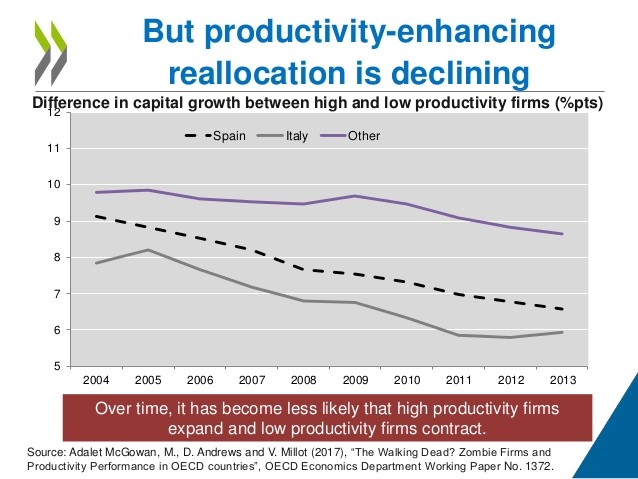 Pedestrians and shoppers cross a road on a shopping street in Barcelona.

Spanish banks are cutting back.

The Spanish banking landscape underwent a fundamental change over the last decade, with the fallout from the crash of the country’s housing bubble culminating in 2012, when the government asked the European Union for 41 billion euros ($49 billion) to prop up its lenders. That bailout triggered a wave of consolidation and pushed zombie institutions out of business.

Even after that cleanup, the push to bring down costs at banks hasn’t stopped. Lenders are facing pressure on margins stemming from a low interest rate environment, overcapacity and less business related to construction-linked activities.

Still, given Spain is the most overbanked country in the euro area in terms of branches for the size of population, it has some way to go.