Days without power: Over 100,000 outages persist in Maritimes after Dorian 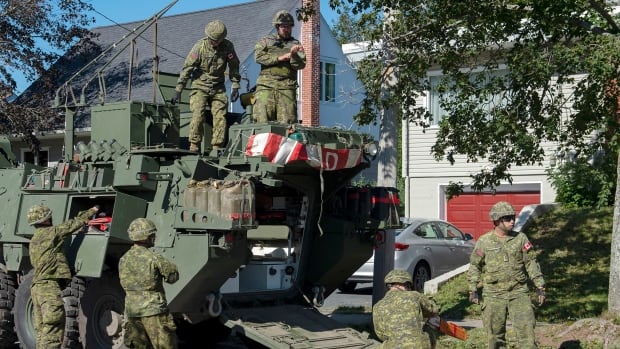 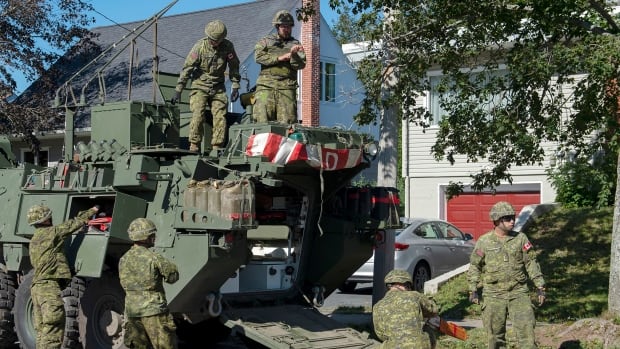 Prime Minister Justin Trudeau, Public Safety Minister Ralph Goodale and Defence Minister Harjit Sajjan are in Halifax on Tuesday, three days after power storm Dorian blasted through the Maritimes where tens of thousands of homes and businesses are still without power.

The politicians are observing recovery efforts by military personnel, government officials and the corporation that provides power to Nova Scotians, and they’ll also survey the cleanup and meet residents.

Dorian approached the region as a Category 2 hurricane and made landfall near Halifax on Saturday evening as a post-tropical storm with hurricane-strength winds.

As of 7 a.m. AT, fallen trees and power lines remained on roads, leaving more than 105,000 Nova Scotia Power customers in the dark.

Also at that time, in Prince Edward Island, 18,000 customers were without power, and in New Brunswick, the number was 2,600.

“For the most part, the big, big lines, and so on, have been restored.”

Some estimated outage restoration times were pushed back on Monday, said Hutt.

The company plans to cut the outages in half by the end of the day Tuesday, she said.

Everyone will have power by the end of the week, Hutt said at a news conference Tuesday.

The utility is calling individual customers to update them on the status of the repairs, she said.

Amid widespread cellphone outages, Goodale said access to reliable telecommunications is critical and something the federal Liberal government plans to address.

People concerned by cell outages should alert the Canadian Radio-television and Telecommunications Commission, he said.

Sajjan said, “The impact of climate change is having a drastic impact on our country from floods, to fires, to hurricane response. This is something that we need to be very mindful of as a nation and adjusting our response and more importantly, having the preventive measures in place.”

The bulk of the military’s efforts Tuesday will be focused on Bridgewater, said Capt. Guillaume Lafrance, chief of staff for Joint Task Force Atlantic.

All public schools remained closed in Nova Scotia for a second day.