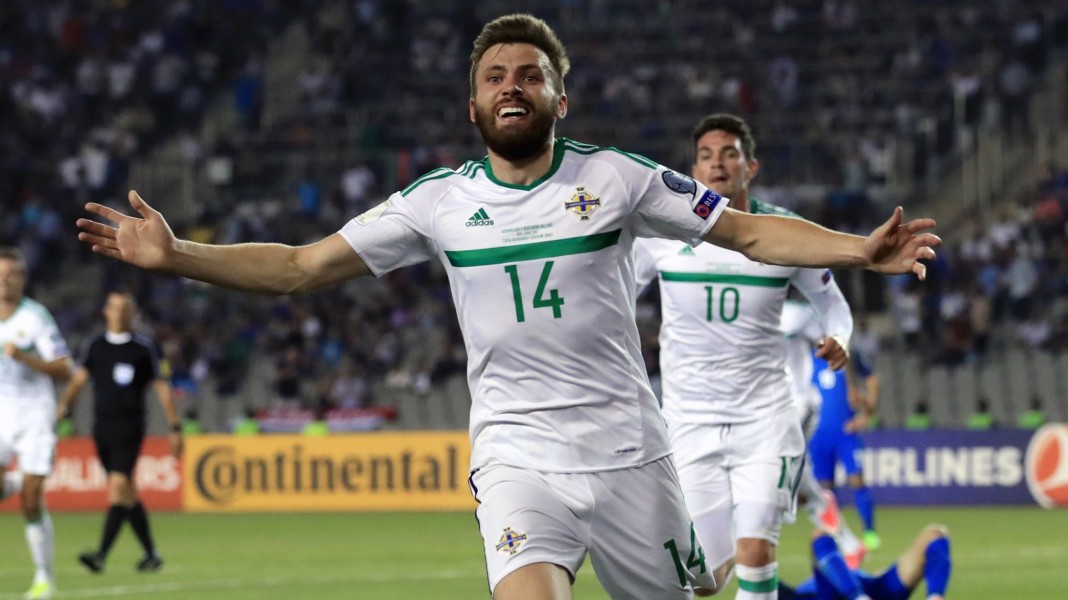 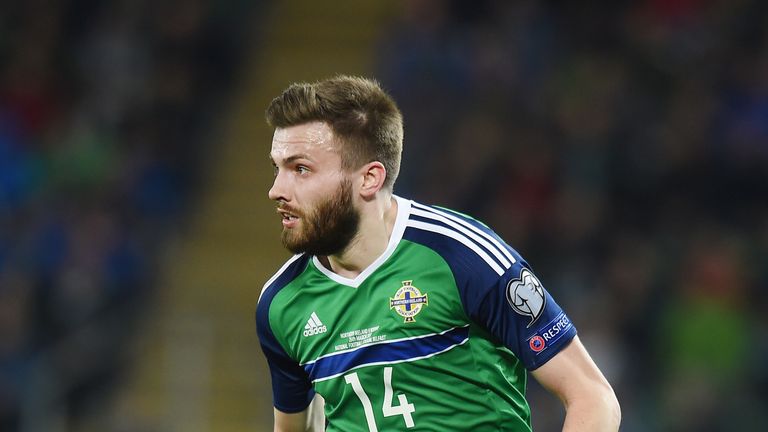 Stuart Dallas says he is ‘cherishing’ his goal against Azerbaijan, which he admits could be the most important he ever scores

Northern Ireland’s match-winner Stuart Dallas is savouring what he has termed the most important goal he may ever score, as his country inched closer to a World Cup qualification play-off place.

The Leeds winger netted for Michael O’Neill’s side in the second minute of injury time to earn a 1-0 victory over Azerbaijan when it looked as if their depleted ranks would be fortunate to return with a point.

Norway’s draw with the Czech Republic made Dallas’ first ever competitive international strike even more pivotal as the Northern Irish opened up a four-point gap in second place prior to September’s double-header with San Marino and the Czech Republic.

“I probably haven’t had a better night in football,” Dallas said. “It will take a hell of a lot to beat that personally.

“Scoring for my country is something I have always dreamed about and it’s something I will always cherish for the rest of my life.

“It could be the biggest goal I ever score given what it means for the group but we can’t worry about anyone else.”

Northern Ireland looked sapped towards the end of the 90 minutes in Baku, where temperatures during the day neared 30 degrees Celsius.

It was fatigue that Dallas was feeling when Jonny Evans’ clever pass inside reached him in the area before he dispatched the finish to send the 300-odd Northern Irish fans into a state of delirium.

As for their hero’s emotions, he was just concerned that colleague Kyle Lafferty was going to draw him into a celebration that would earn him a suspension-triggering second caution of the campaign. 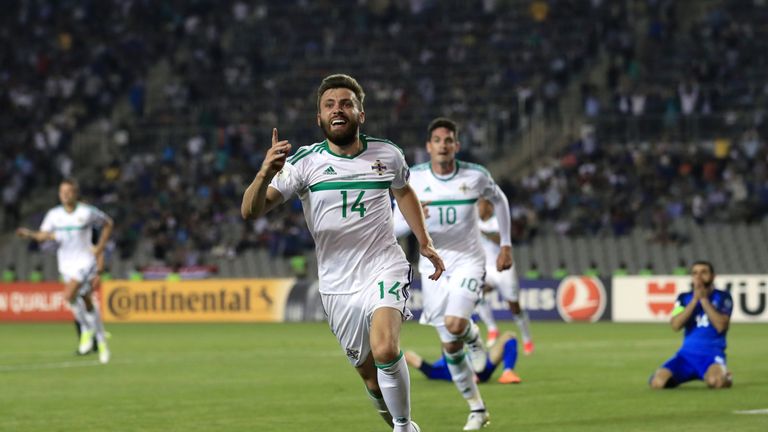 “I was going to take a touch and hit it with my left but I was tired,” Dallas explained of his goal.

“It was a long 90 minutes. It ran across me and I’ve managed to drag it back into the bottom corner, maybe if I’d connected too well with it the defender could have blocked it.

“When it went in I ran to the fans and I was thinking to myself, ‘I’m booked from a game before [Norway]’ and I didn’t know what to do.

“I had Kyle grabbing me by the throat taking me towards the fans and I was trying to tell him I was on a yellow from a previous game – that’s what was going through my head at that stage!

“But when I got the ball I had to concentrate to try to hit the target and thankfully it went in.”

As sweet as the victory was for O’Neill’s side, it was harsh on their hosts, who spurned glorious chances through Ramil Sheydaev and Afran Ismayilov, and came away empty-handed having enjoyed nearly 70 per cent of possession.

Dallas could understand the frustration of their beaten opponents and knows Northern Ireland were hanging on prior to his crucial contribution.

“We had to dig deep, there’s no getting around that,” he admitted.

“We knew it was going to be a tough game and if I’m being honest, we probably didn’t deserve to win the game. When chances come along you have to take them.”