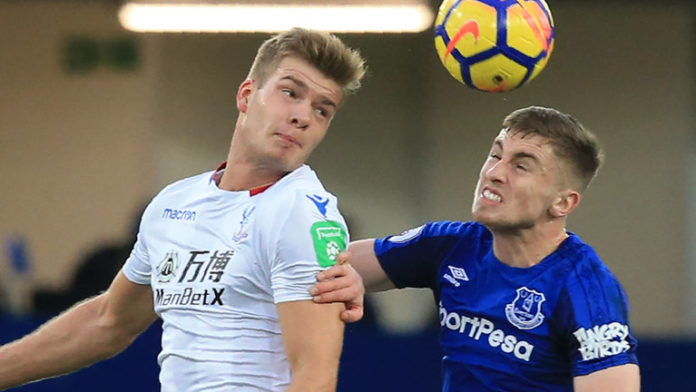 At a time when Christian Benteke is already struggling for form and the influential Yohan Cabaye, Wilfried Zaha, Ruben Loftus-Cheek and Bakary Sako are unfit, Norway’s Sorloth needs to make an immediate impact.

Hodgson will be without 12 senior injured players at home to Tottenham on Sunday, meaning the former England boss has little choice but to start his January signing even if he had planned to ease him into the Premier League.

Asked if the 22-year-old could take advantage of Palace’s present circumstances, Hodgson replied: “Yes, absolutely. He got thrown in in the last minute against Everton, that wasn’t really in our plans.

“But we were forced into it and I thought he acquitted himself extremely well. He surprised us a little, how well he dealt with it, and in the next couple of weeks we’ve had here, he’s only served to strengthen that impression.

“We’re pleased with him, and it’s early to judge and I hope people aren’t going to judge him too harshly too early on, but I’m pretty certain Palace fans will see a lot of things they like.

“It would have been nicer for him if there’d been a few other big name players around to help him out because it’s going to be a very young team we put out against Spurs – but a talented team.”

Palace’s manager then dismissed suggestions club-record signing Benteke – who had scored only twice this season – needed competition from Sorloth for motivation.

“When he’s not scoring goals, as we constantly emphasise to him, he can do a lot of other things that will help us win football matches,” the 70-year-old added.

“Work-rate, by defending, by assists and setting things up. He’s bought into that 100 per cent.”