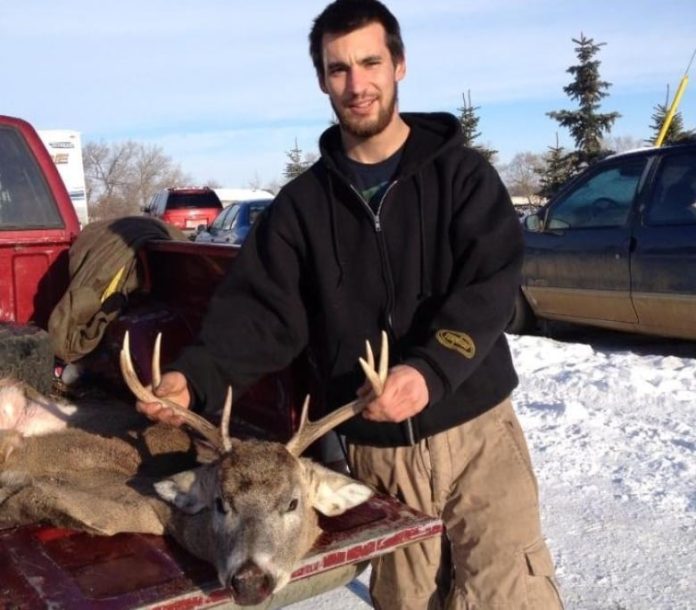 Sitting in her Yellowknife office last July, Yvette Schreder was given an odd message: someone from the Alberta Medical Examiner’s office was trying to reach her.

Hours later, when the mother of four finally got through to someone, she was nonchalantly told the body of her 30-year-old son, Christopher was ready to be picked up, his autopsy complete.

Schreder didn’t even know he was dead.

“She [the medical examiner] started talking about him and I just said, ‘Where is my son and what’s going on?’ and she said ‘Has nobody contacted you yet?’ and I said ‘No, what is going on? Where is he?'”

Schreder said the medical examiner was also in shock to find that no one had told her about her son’s death, which had happened eight days earlier.

“She said, ‘This has never happened to me before. I’m sorry to tell you that your son passed away.'”

Christopher Mailloux-Schreder is the fourth Indigenous person in the last two months whose family has come forward saying they were not immediately notified of the death.

“He wasn’t someone nobody cared about,” Schreder said of her son Christopher.

Christopher was born and raised in the Northwest Territories and went to school in both Yellowknife and Hay River. In his early 20s, after getting his welding certificate, he moved to Alberta.

“He was a daredevil. He always did everything full throttle. He was either go big or go home, that’s how he did everything,” Schreder said.

“He had a really big heart. He really loved people. He loved his family… He always cared for everybody.”

During the COVID-19 pandemic, Schreder said Christoper began using opioids. She said he had a hard time getting into treatment, and when he did finally get in, he struggled.

“He left there thinking he could kick it himself but that’s not what happened,” she said. “We lost him within six months.”

According to his medical records, Christopher was brought into the Wetaskiwin Hospital the afternoon of July 14, 2021, by private car. He was in cardiac arrest. Staff performed CPR in the hospital’s ambulance bay but Christopher died later that day.

Records show hospital staff knew his identity and his emergency contact. The name and number of his friend and former roommate, April Campbell, is clearly listed on his medical records.

Schreder and her family wouldn’t learn of Christopher’s death for another eight days.

“In that time I had gone on a fishing trip and had fun with my friends. His dad had celebrated his 50th birthday and had fun with his friends. All the while we had no idea, no idea that he was actually gone,” Schreder said.

Asked why the hospital failed to notify Christopher’s emergency contact after his death, a spokesperson for Alberta Health Services (AHS) said they couldn’t discuss “specific patient cases,” writing that “AHS has standard practices in place for the notification of the next of kin who are identified on patient records.”

“Our thoughts are with the family and loved ones of the patient,” spokesperson Heather Kipling added in an email.

Alone in the morgue

As a Cree woman, Schreder said she was devastated by the fact that her son’s body sat in an Alberta morgue for two weeks before being sent to Yellowknife for burial, six days after she’d first learned he was dead.

“In our culture when somebody passes away, as soon as they’re ready to come home, we spend as much time as we can with that person. Somebody is with them twenty-four seven.”

Once in Yellowknife, Schreder’s body was brought to his father’s shop where his family and friends sat vigil for two days before his funeral.

“He was an outdoorsman. He was an athlete. He loved his welding. He was a daddy, a brother,” his mother said.