Credit card chargebacks a challenge for some airline customers 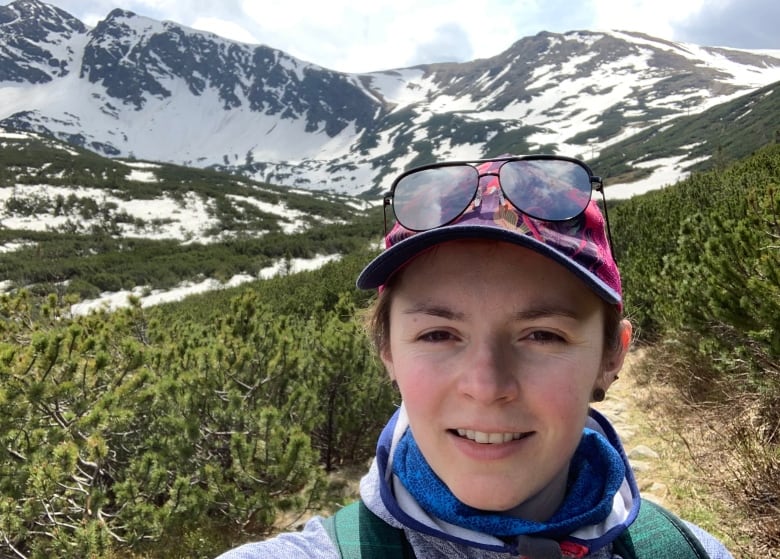 As thousands of flights were cancelled amid the chaos of the COVID-19 pandemic, many Canadians were left with limited options for getting their money back.

Marketplace has heard from many people who were unsatisfied with credit for future travel, and some have sought refunds through a chargeback from their credit card company.

A chargeback is a reversal of a charge on your credit card, resulting from a dispute filed with the institution that issued the card — often a bank.

But a Marketplace investigation found the process has been fraught with challenges, with several MasterCard and Visa cardholders saying they’ve met with resistance to opening a dispute and, in some cases, warnings that their airline credit could be cancelled if they proceeded.

Customers say they were also told of policies that exclude cases where a travel credit was offered, or were encouraged to accept a credit rather than pursue a dispute. Some say they were told pandemic-related disputes would not be addressed at all.

All of the banks contacted by Marketplace said the problems experienced by customers came down to a breakdown in customer service.

When Joanna Banasik booked her vacation to Honolulu, Hawaii, in January, she was excited about the prospect of visiting somewhere new.

But then the unexpected happened. First, she broke her leg and was forced to postpone the late-February trip to mid-April. Then, on March 23, she was notified that Air Canada cancelled her flights “due to the impacts of COVID-19, government travel advisories and/or health and safety concerns.”

“I was kind of expecting it at this time,” Banasik said. “But what I didn’t expect was that I wouldn’t get my refund, that I would only get a future travel credit.”

The total cost of the original booking plus the cost of rescheduling was about $3,000 for two non-refundable round trips. Banasik says Air Canada offered her a partial refund over the phone, but she rejected it.

“It’s a lot of money,” she said. “It’s the money that I could use now in this crisis to pay for other stuff.”

Banasik turned to PC Financial, the bank that issued the MasterCard she’d used to pay for the trip. She submitted a dispute request online on March 25 and followed up a few days later by phone. She was surprised by what she heard.

“They said the airline policy is providing me with future travel credit and [that] they need to follow with the airline policies and they cannot open it,” she said. “I didn’t know that they could refuse to open it.”

Joanna Banasik explains why she wants a refund instead of a voucher. 0:18

Weeks later, PC Financial responded to her online request with some unexpected news. She could open a dispute after all, but there was a warning: “Disputing the charge may lead to cancellation of your travel voucher issued by merchant.”

She thinks the bank was trying to intimidate her. “I think some people might be scared to proceed with a dispute if they hear something like that,” she said.

Air Canada, the merchant in Banasik’s case, said it does cancel the vouchers while a dispute is being decided. “In the event the chargeback is not successful, we will restore the voucher.”

A right to dispute

The dispute process is supposed to make cardholders feel more secure, according to Eli Waldman of MyChargeBack. “Every time you swipe your credit card, you are protected under the card networks chargeback guidelines,” he said.

MyChargeBack helps cardholders navigate the dispute process for a fee, and Waldman says the New York-based company has been getting calls from all over the world lately.

“It becomes the opportunity for the cardholder to demonstrate very clearly and effectively to the bank … why is it that [the product or service] wasn’t received or why is it that it wasn’t as described.”

He says some of the difficulties cardholders are encountering could boil down to who is on the other end of the phone. “You’re talking to individuals who, to their understanding — or limited understanding, I should say — understand the card network rules. And they apply it as they see fit.”

That said, Waldman says customers who choose not to fly when the service is being provided probably won’t be successful in their dispute.

When the cardholder cancels

Amanda Russell of Dartmouth, Nova Scotia, says she had her dispute request rejected by TD Canada Trust. She was supposed to take a birthday trip to Niagara Region with her young daughter on March 26. But as her flight with Swoop drew closer, she began to have second thoughts.

Her province declared a state of emergency on March 22, and residents were told they should only leave the province “if essential.”

“Every day, every week, it just kept getting worse and worse and worse, and I just, honestly, every day I just kept looking for notifications, listening to the health authority, the public health orders, prime minister, premier, whoever,” she said.

She says Swoop gave her the option of rescheduling the trip, but it would’ve cost hundreds more than the roughly $400 she’d already paid. And in her case, there was no offer of a credit for her non-refundable tickets. So when her plane took off for Hamilton, she wasn’t on it.

Like Banasik, she couldn’t open a dispute over the phone, but the message was slightly different: “It was basically ‘This chargeback is not going to be opened because it is due to COVID-19 reasons. You have to go to the airline that you made the purchase at to deal with them directly.'”

Marketplace took Russell’s case to Swoop, and the company said, “Swoop is sorry to hear about the frustration of this traveller and her daughter. As an ultra-low-cost carrier, all our fares are non-refundable; it is one of the reasons we are able to offer such low fares.”

Marketplace contacted TD Canada Trust about Russell’s case and other issues customers have raised about the dispute process. The company said it has apologized to Russell and added, “TD cardholders always have the right to dispute and submit a chargeback request within 60 days of receiving their statement… It’s important for customers to note that initiating a chargeback request does not guarantee they will receive a refund.”

After Marketplace brought Russell’s case to the company’s attention, TD said it offered her “a goodwill gesture in recognition of her particularly challenging customer experience.” Russell confirmed that she’s received the full amount for her trip.

Gabor Lukacs, founder of the non-profit advocacy group Air Passenger Rights, first heard of the issues cardholders were having in late March. He’s been helping Banasik and others navigate the dispute process here in Canada.

“Certainly, I was concerned, upset, outraged,” he said. “When I heard this, when I saw it, it became abundantly clear that something is going fundamentally wrong.” And he’s documented some of the issues.

Last month, a Canadian Tire MasterCard employee told him that MasterCard directed them not to open disputes for cardholders who were being offered credits. Lukacs was also advocating for a Visa customer on the phone when Scotiabank told her she would lose her airline credit if the dispute was unsuccessful.

“There is no law, regulation, principle that would allow a merchant to walk away with your money without delivering you anything in return. An air ticket is not a roulette game,” he said.

WATCH | Can you lose your travel voucher if you pursue a chargeback?

Gabor Lukacs responds to warnings that disputing a charge may lead to the loss of a voucher.  0:43

In response to Marketplace‘s inquiries, Canadian Tire Bank said travel-related transactions are typically settled between the customer and the merchant, but it can “facilitate” a dispute through the chargeback processes outlined by MasterCard, “which have not changed as a result of the pandemic.”

“If one of our representatives indicated that the policies had changed, it was an unfortunate mistake.”

In a statement to Marketplace, Scotiabank said: “We apologize for any incorrect information received by the customer, and will ensure our teams continue to receive the appropriate coaching and training on this.”

Marketplace asked PC Financial about the handling of Banasik’s case and customer concerns about the dispute process.

“Our customers trust us to represent them during the dispute process, which includes informing them of all the options, benefits and associated risks,” the bank said in a statement. “In a small number of cases, some customers may not have experienced our usual service standards. We’ve provided added training to agents, given the fluid circumstances, so we can continue supporting customers as best we can.”

Marketplace also asked the card network operators to weigh in on the findings of our investigation. MasterCard and Visa both confirmed their policies haven’t changed due to COVID-19 and that customers could continue to inquire about opening a dispute if they couldn’t reach an agreement with the merchant.

Banasik went ahead with her dispute and is waiting for the result. She says the mixed messages she got from PC Financial were “very unprofessional,” but she’s happy her dispute was eventually opened.

“This is just the beginning of a very long process,” she said. “A lot of people lost jobs and lost their income, and now they need to fight for their own money, so at least this should be easier for them.”

Have you experienced issues getting your money back from a cancelled trip due to COVID-19? Email jeremy.mcdonald@cbc.ca