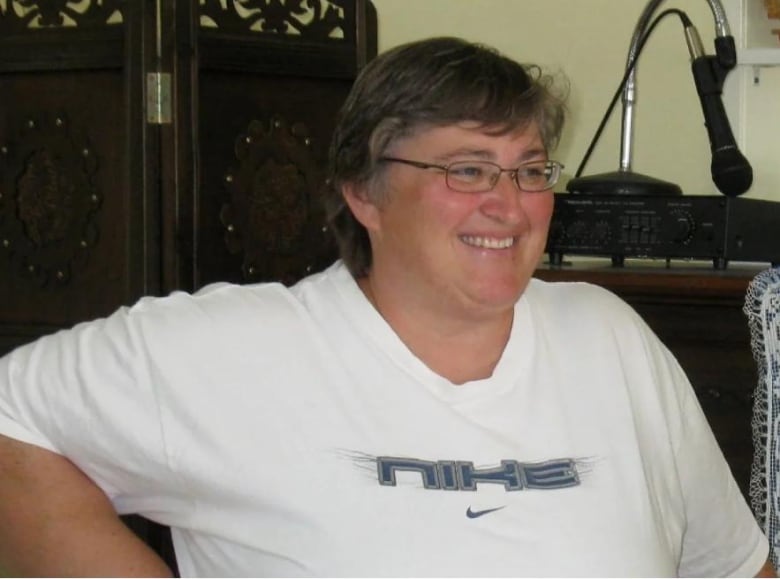 An undercover Saskatchewan police officer says a road trip with Greg Fertuck in 2019 went topsy-turvy when the man now accused of killing Sheree Fertuck spontaneously began talking about being the subject of a murder investigation, his wife’s disappearance — and successfully dumping bodies.

Fertuck pleaded not guilty to a charge of first-degree murder following the disappearance of his estranged wife, Sheree, nearly six years ago.

Audio of that conversation was played in court Wednesday at the 68-year-old’s trial in Saskatoon.

RCMP arrested Fertuck in June 2019, after he told undercover officers that he shot Sheree twice and then dumped her body in a rural location north of the gravel pit near Kenaston, Sask., where Sheree worked.

Her truck, cellphone and jacket were found there on Dec. 8, 2015, the day after she was last seen.

The officer in the witness box at Fertuck’s trial Wednesday was part of an operation known as a “Mr. Big” sting, in which undercover officers led Fertuck to believe they were actually criminals.

The officer who testified Wednesday — who, like the other undercover officers, can’t be named because of a court-ordered publication ban — was involved in 115 of the 136 scenarios. He’s described in court as “the primary operator.”

The officer testified that Fertuck made the surprise admission while the two men were on a road trip in British Columbia on April 16, 2019, to deliver handguns for the fake criminal syndicate.

At that point, the undercover officer had been slowly building a relationship with Fertuck since the previous summer.

The in-car recording heard in court Wednesday picked up Fertuck and the officer, who were heading toward the U.S. border, chatting about passports. Fertuck then abruptly raised the issue of his previous run-in with the law.

RCMP had arrested him in October 2017 and interrogated him for six hours about Sheree Fertuck’s disappearance.

The undercover officer testified the conversation recorded in the car was the first time Fertuck had raised Sheree’s disappearance.

“I got charged. My wife disappeared. I got charged with murder, I went to court,” Fertuck says in the recording.

“You did go to court?” the officer replies.

The officer testified that he was unprepared for the admission and tried to turn the conversation to Fertuck’s passport, as he had been unable to cross into the the U.S. with the gang on earlier trips.

“So your passport’s good now then — you can use it?” the officer is heard asking in the recording.

“Yeah, I haven’t got it, though,” Fertuck replies, saying it was in a safe at home.

And then, “I was supposed to get charged with murder, but they couldn’t make nothing stick.”

“Well, she disappeared. They never did find her, so.”

“A long time ago?” the officer asks.

“That’s your second wife?” the officer asks. (Fertuck was married before Sheree.)

“Yeah, my second wife,” Fertuck says in the recording.

“You said you were divorced, married again, now with Doris,” the officer says, in reference to Fertuck’s girlfriend at the time.

“I didn’t get divorced a second time — she disappeared,” Fertuck says, laughing. “No, I’m not like [he names another gang member]. I’m worse. They don’t find ’em.”

The gang member Fertuck named was the “cleaner,” used by the gang to get rid of crime-scene evidence. Part of the cleaner’s cover story was that he was also used to murder targets.

‘Tell him what happened, tell the truth’

Within a month of this disclosure, the cleaner once again appeared in the Mr. Big sting.

On May 18, 2019, the operators initiated a chain of events designed to lead Fertuck to believe a fellow gang member had killed his girlfriend, and that the gang would protect him and destroy the evidence.

This was known as the “alibi scenario,” and built on suggestions planted in earlier interactions.

The undercover officers had already shown the gang member to be struggling with sobriety and in a collapsing relationship, involving Fertuck in the messy dynamic as a witness to the couple’s bickering and fighting.

On the May day in question, Fertuck was taken to a Calgary hotel where the gang member was distraught, with several scratches on his face. Fertuck was told he had a fight with his girlfriend and killed her, and the cleaner had been called.

Court heard audio of the exchange in the room.

“[The cleaner] is very good at what he does,” one undercover officer is heard saying on the recording, over the rustling of garbage bags.

“Do you want everything packed up? His PlayStation?” another officer says.

“Pack this shit up and get out of here,” the cleaner replies.

The gang member was then taken to another hotel, to prep for a meeting with the crime boss. Fertuck was there for the instructions.

“You’ve got to get yourself together, be a man,” the gang member is told in the recording played in court.

“Tell him what happened, tell the truth,” says another officer.

The trial resumes Thursday, with more testimony from officers.